DJI’s camera stabilization tech started life as an outgrowth of its drone tech, and has managed to develop into a robust line of its own. Roughly this time last year, the company announced that its smartphone-focused Osmo line was being rebranded to the simpler OM. Today, the OM 5 arrives, with a more compact design, improved image tracking and an upgraded phone clamp.

Portability seems to be the primary selling point this time out. The device is roughly one-third smaller than last year’s model, making it a fair bit lighter than the OM 4, as well. The device now ships with a built-in extension rod (to capture more angles) and improved physical controls with additional on-board buttons. 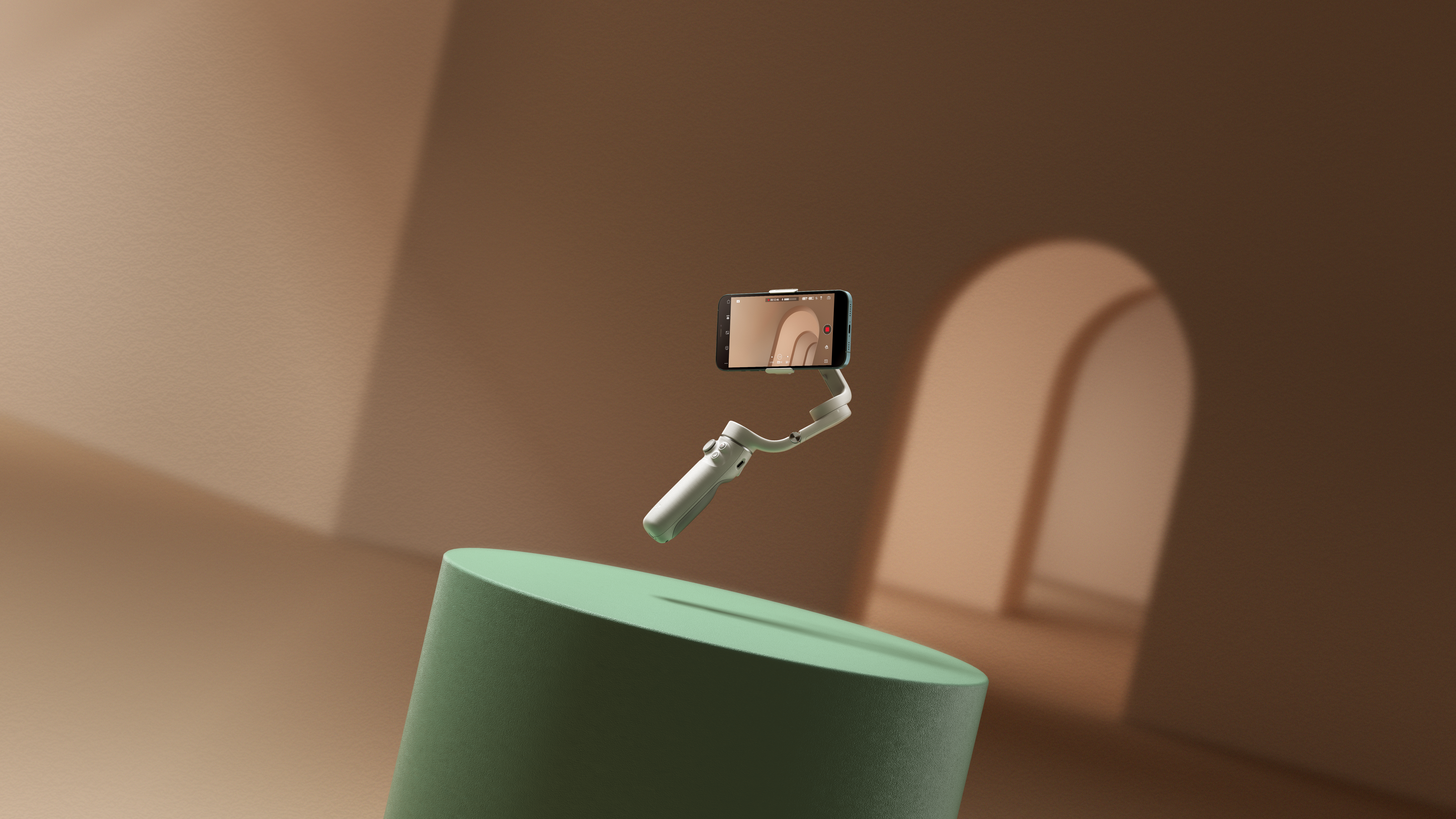 DJI appears to be focusing a bit more on entry-level users this time out, with a new ShotGuide feature that has access to tutorials and editing to capture better shots the first time around. The system’s image tracking gets an upgrade, as well. “ActiveTrack 4.0 now supports tracking at up to 3x zoom at 5 m/s, and precisely identifies and steadily follows the subject centered in frame, even while in action,” per the company.

The three-axis system has a bunch of built-in shooting modes, as is DJI’s wont. The list includes Gesture Control, Timelapse/Motionlapse/Hyperlapse, Panorama, Dynamic Zoom (for a Hitchcock-style effect), Glamour Effects for automatic retouches and a Spin Shot mode, which, well, spins the phone around a bunch. There are also a number of templates for Story Mode, adding music and movements — basically it’s social media mode.

The new clamp is designed to fit over a case — meaning you don’t have to pull off the protection in order to get your phone on the OM 5. There’s also a new Fill Light Phone Clamp accessory, which adds a light to the front of the device. That will run $59 when it’s available at an unspecified later date.

The OM 5, meanwhile, is available starting today for $159.