Microsoft today is introducing its own personalized news reading experience called Microsoft Start, available as both a website and mobile app, in addition to being integrated with other Microsoft products, including Windows 10 and 11 and its Microsoft Edge web browser. The feed will combine content from news publishers, but in a way that’s tailored to users’ individual interests, the company says — a customization system that could help Microsoft better compete with the news reading experiences offered by rivals like Apple or Google, as well as popular third-party apps like Flipboard or SmartNews.

Microsoft says the product builds on the company’s legacy with online and mobile consumer services like MSN and Microsoft News. However, it won’t replace MSN. That service will remain available, despite the launch of this new, in-house competitor.

To use Microsoft Start, consumers can visit the standalone website MicrosoftStart.com, which works on both Google Chrome and Microsoft Edge (but not Safari), or they can download the Microsoft Start mobile app for iOS or Android.

The service will also power the News and Interests experience on the Windows 10 taskbar and the Widgets experience on Windows 11. In Microsoft Edge, it will be available from the New Tab page, too. 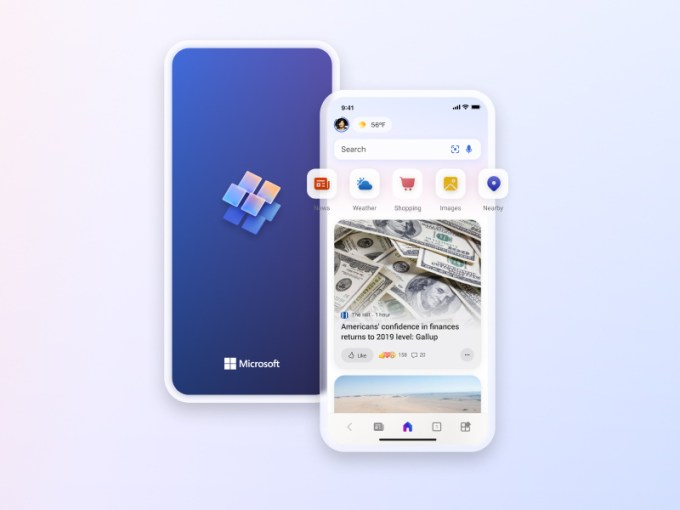 At first glance, the Microsoft Start website is very much like any other online portal offering a collection of news from a variety of publishers, alongside widgets for things like weather, stocks, sports scores and traffic. When you click to read an article, you’re taken to a syndicated version hosted on Microsoft’s domain, which includes the Microsoft Start top navigation bar at the top and emoji reaction buttons below the headline.

Users can also react to stories with emojis while browsing the home page itself.

This emoji set is similar to the one being offered today by Facebook, except that Microsoft has replaced Facebook’s controversial laughing face emoji with a thinking face. (It’s worth noting that the Facebook laughing face has been increasingly criticized for being used to openly ridicule posts and mock people — even on stories depicting tragic events, like COVID deaths, for instance.)

Microsoft has made another change with its emoji, as well: After you react to a story with an emoji, you only see your emoji instead of the top three and total reaction count.

But while online web portals tend to be static aggregators of news content, Microsoft Start’s feed will adjust to users’ interests in several different ways.

Users can click a “Personalize” button to be taken to a page where they can manually add and remove interests from across a number of high-level categories like news, entertainment, sports, technology, money, finance, travel, health, shopping and more. Or they can search for categories and interests that could be more specific or more niche. (Instead of “parenting,” for instance, “parenting teenagers.”)  This recalls the recent update Flipboard made to its own main page, the For You feed, which lets users make similar choices.

As users then begin to browse their Microsoft Start feed, they can also click a button to thumbs up or thumbs down an article to better adjust the feed to their preferences. Over time, the more the user engages with the content, the better refined the feed becomes, says Microsoft. This customization will leverage AI and machine learning, as well as human moderation, the company notes.

Flipboard rolls out newsfeed personalization tools to save you from doomscrolling

The feed, like other online portals, is supported by advertising. As you scroll down, you’ll notice every few rows will feature one ad unit, where the URL is flagged with a green “Ad” badge. Initially, these mostly appear to be product ads, making them distinct from the news content. Since Microsoft isn’t shutting down MSN and is integrating this news service into a number of other products, it’s expanding the available advertising real estate it can offer with this launch.

According to the iOS app’s privacy label, the data being used to track users across websites and apps owned by other companies includes the User ID. By comparison, Google News does not include a tracking section. Both Microsoft Start and Google News collect a host of “data linked to you,” like location, identifiers, search history, usage data, contact info, and more. The website itself, however, only links to Microsoft’s general privacy policy.

Reached for comment, Microsoft told us Microsoft Start does not “package up or resell personalized data to advertisers, data brokers, or other third parties.” In addition, users can delete their personalized profile at any time either by deleting their cookie for the website, if not signed in, or through the Microsoft Privacy Dashboard, if signed in with their Microsoft account. *

The website, app, and integrations are rolling out starting today. (If you aren’t able to find the new app yet — it replaces Microsoft News —  you can try scanning the QR code from your mobile device. We currently found the app had rolled out on iOS but the link pointed us to Microsoft News on Android. Your mileage may vary.) 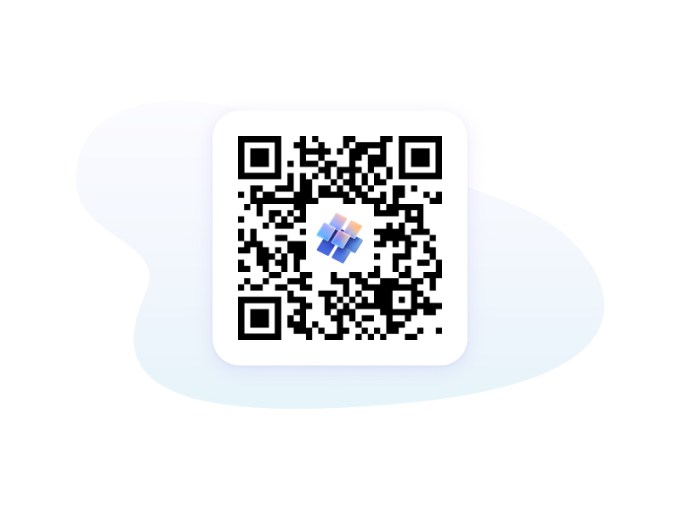