In late summer, car collectors converged in Monterey, Detroit and, most recently, Oxford, England, in an annual tradition focused on ogling over — and oftentimes bidding for — luxury and historic vehicles.

The outdoor luxury automotive events ruled in 2021 after a universal pause the year before due to the COVID-19 pandemic. The events, which included the Goodwood Festival Speed in July, Monterey Car Week and Woodward Dream Cruise shows in August, and the Salon Privé that wrapped up Sunday, showed off more than just swooping coupes and flashy hypercars.

The crowds, which amassed despite the delta variant, and their reaction to the vehicles that lined the plush grounds at each event reflected an unbridled fever for super-luxury cars from the past — but also from the future.

“There was a pent-up demand for a live auction,” Angus Dykman, an auction specialist for Gooding & Company, said. “We had a lot of interest in the live sales. Business has been booming. People were cheering for random cars.” 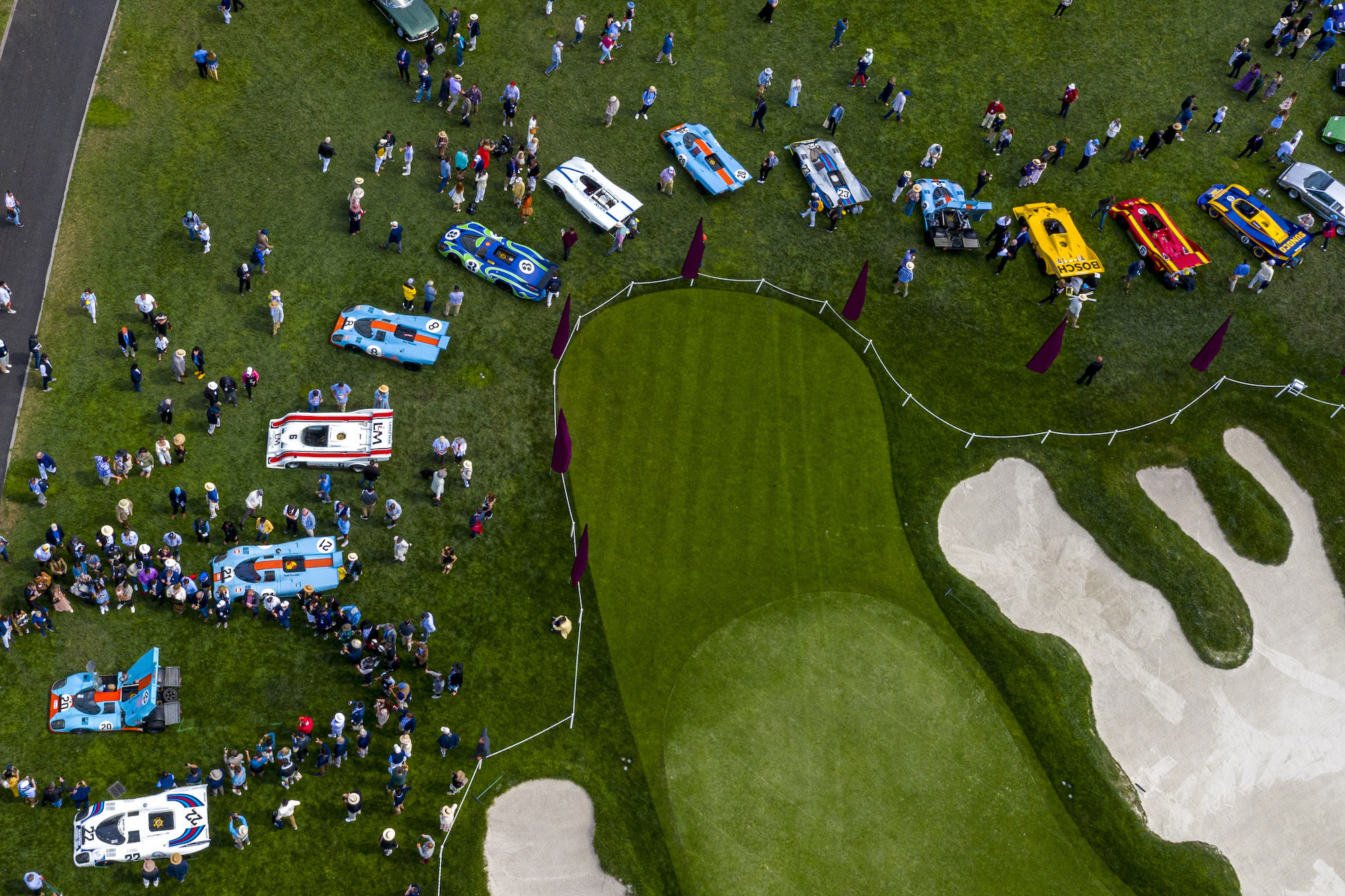 In this real-life setting, there was an underlying sense of urgency — both among newcomers and established brands — to show customers that their newest vehicles represent the future. The August stop in Monterey is still critical for luxury automakers to show off the designs of their next generation of models. Newcomers Rimac and Lucid Group invested in a Monterey presence, along with the legacy automakers like Bentley, Bugatti and Mercedes-Benz.

The throughline between the vintage and contemporary cars is the stunning designs, which are meant to woo new customers.

Collectors placed orders for the new editions of production cars before manufacturing had even started, all amid a microchip shortage and constrained fleets. They mingled with top executives from the brands. At least a dozen senior executives were spotted at Pebble Beach, including Jim Farley, CEO of Ford Motor Company; Mercedes-Benz U.S. President Dimitris Psillakis; Aston Martin CEO Tobias Moers; and Lamborghini CTO Maurizio Reggiani. 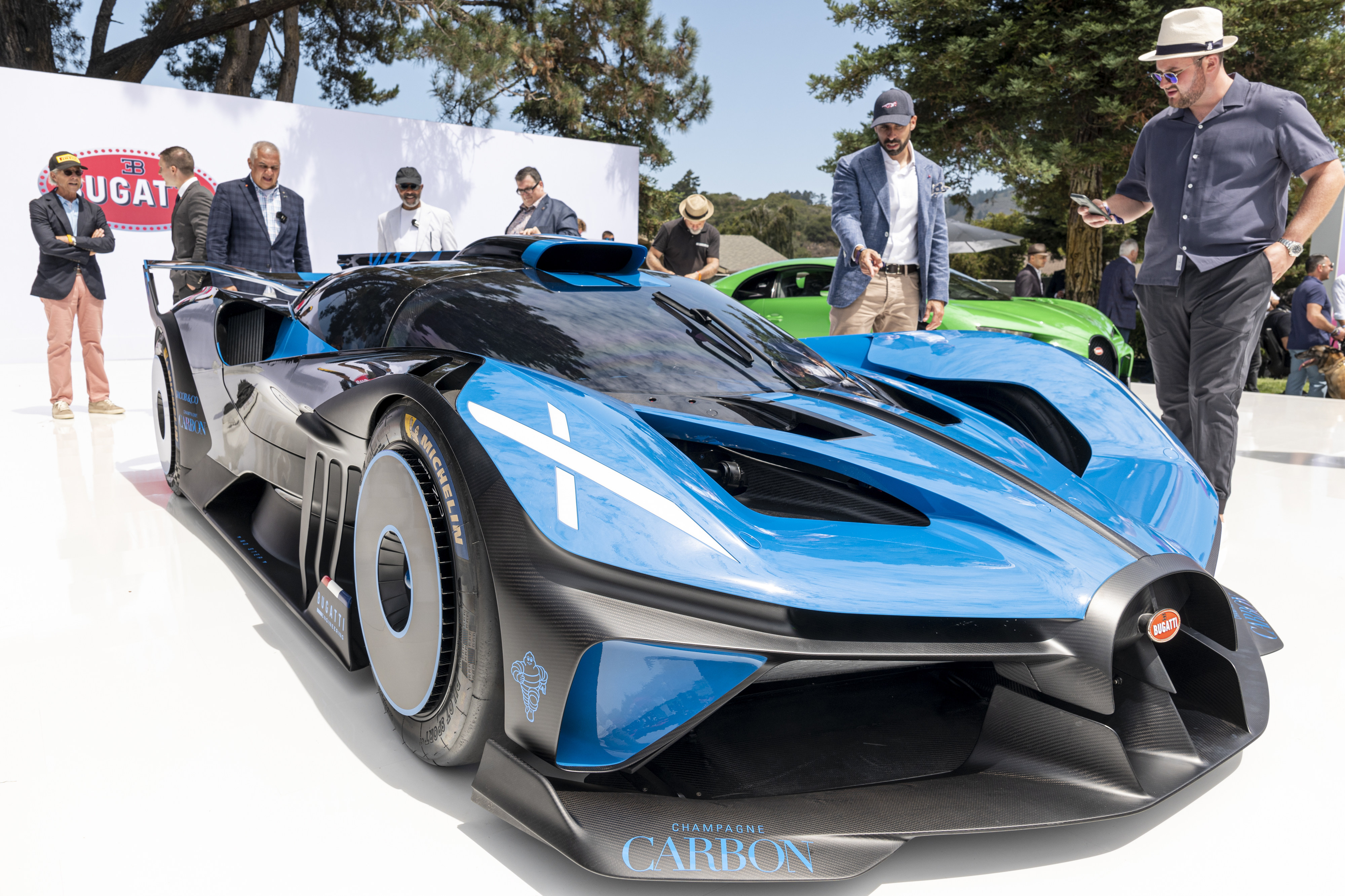 “It is the place to be when it comes to our luxury automotive business,” Moers said from the large stand Aston constructed overlooking the classic car show. “We see new customers here that we’ve never seen before. The brand stands for more than ever before with Formula 1.”

On display were the racy Astons of the future, with the Aston Martin Formula 1 car centerstage to the Valkyrie and Valhalla, an indicator of how Aston sees its way forward.

“It is a statement,” Moers said. “Last year everyone thought the company is done, and then Lawrence Stroll stepped in and put a lot of money in the company. We are back and we are stronger than ever before engaging with the customers.” While much of the U.K. was shut down, he hired new department heads from Bentley, Ford and Porsche.

As a new CEO who took charge during the pandemic, it was also Moers’ first time meeting his North American employees, dealers and customers.

Moers comes from Mercedes-AMG and presents as a confident executive who believes his experience in electrification gives him an edge. “Aston is an ultra-luxury business. They’d always been famous for beautiful cars. With new technologies that are available, there’s no compromise anymore,” he said.

While impressing the Pebble Beach crowd matters, he’s also focused on Aston’s business in China, and how to leverage Mercedes engineering into an expanded Aston portfolio.

“In China, you face different customers than North America, a young population of customers. You have 18 to 30s, and then the 60s upwards, and in between is not existing at the moment. The pace of China is unbelievable. When it comes to the growth of the global wealth pocket, China and Asia are going to be number one.”

For Aston, the future means electrification, rethinking the user experience in the car, and scrapping past plans to draw from the last generation Mercedes-Benz technology on the car.

“We decided not to use the infotainment, the HMI of Mercedes. If you build an HMI for the future, it must be a bit more engaging.” Instead of incorporating Mercedes MBUX infotainment, he said they’re building a new infotainment system with ART, an Italian supplier that has done work for Lamborghini and Apple. “We create our own environment. Our own ecosystem.”

Aston Martin will use Mercedes’ V8 engine technology to become more efficient to meet industry requirements as a transition to electrification. 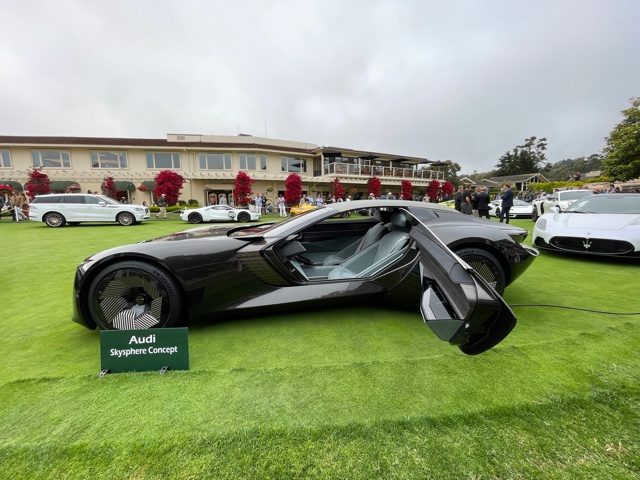 A theme emerged among car company executives at Pebble Beach to convert to a new way of powering cars to reach compliance standards, while maintaining passion for cars among customers and attracting new ones with up-to-date in-car experiences.

No one can go it alone — the small bespoke ultra-luxury makers rely on the investments of large automakers or parent companies to supply engines and electronic platforms, which are reliant on a competitive talent pool to develop. Then these small luxury brands must push harder to be unique from the large companies.

“One of the most important and expensive developments for the past year and for the future is what is called the electronic platform,” said Lamborghini CTO Reggiani. “The electronic platform is something that no one can touch and no one can see. It’s the real nervous system of the car. This is what we try to use from the group. This allows us to use the most carryover, the systems or components that are not possible to recognize.”

Lamborghini is owned by the Volkswagen Group, and some of its chief competitors are part of the same company, including Bugatti, Bentley, Audi and Porsche.

“We take what the group can offer, but we try to be different,” he said. Lamborghini was the first auto brand to embark on an Amazon Alexa partnership, which opened doors for future thinking, he said, because customers embraced the Alexa integration. “The sound is the way to create a filter for the voice recognition. Imagine in the future, you have trouble, a lamp switches on and you ask Alexa, tell me what I need to do. I need to stop the car, I need to call the service assistant. You create artificial intelligence,” Reggiani says. He said they are working to gather data to build new ways to use sound design and voice.

But for the discerning Lamborghini customer, expensive technology must be shown in attractive designs that can’t look too dated. “Design is the first reason to purchase Lamborghini,” Reggiani says. “Design is not like in the past, but a pure design. More and more design is an integration of engineering inside aesthetics. Every single component of the car must have functionality. Aerodynamic meets cooling. Now with the arrival of PHEV, the cooling will become more and more complicated. You can imagine that battery management will be super complicated. Design must fulfill the requirements in a way that is cool.”

Tech and design in the modern era

The vintage cars at Monterey Car Week were a reminder that aerodynamics and weight distribution always ruled car design principles and pushed progress forward, particularly on cars used for motorsports. But technology and design in the modern era means speed, electrification, ADAS, and connectivity housed in a system that’s sleek and timeless. “One of the most important points is to guarantee emotion and this is a requirement,” said Reggiani.

Designing the future means communicating where it’s all going. In a world that’s moving fast, luxury automakers have their work cut out to keep up with the pace. It’s a tall order. Tesla, the automaker that wasn’t present, timed its AI announcements to overlap with the week and is still the company that everyone is chasing to electrification.

In Monterey, driving vintage cars that are immaculately cared for, available in limited quantities and therefore worth millions of dollars can be an intoxicating sport. I test-drove a 1957 Mercedes-Benz 300 SL, an elegant manual-transmission roadster, along a Pacific Ocean road, which gave me a small glimpse into this hallowed world, where the price of entrance is prohibitive, especially during a pandemic.

Goodwood, Woodward and Salon Prive, which wrapped this weekend, were equally alluring. Now with the posh outdoor events in the rearview mirror, the automotive industry has shifted its gaze — for the moment — to shows solely focused on the future of transportation.

The IAA Mobility show, which kicked off this week in Munich, has so far featured a more immersive and hands-on experience as automakers try to reimagine the tired auto shows of the past. The array of electric models and concepts on display is a reminder that one thing that money can’t predict is the speed of progress.