HomeLight, which operates a real estate technology platform, announced today that it has secured $100 million in a Series D round of funding and $263 million in debt financing.

Return backer Zeev Ventures led the equity round, which also included participation from Group 11, Stereo Capital, Menlo Ventures and Lydia Jett of the SoftBank Vision Fund. The financings bring the San Francisco-based company’s total raised since its 2012 inception to $530 million. The equity financing brings HomeLight’s valuation to $1.6 billion, which is about triple of what it was when it raised its $109 million in debt and equity in a Series C that was announced in November of 2019.

Zeev Ventures led that funding round, as well as its Series A in 2015.

The latest capital comes ahead of projected “3x” year-over-year growth, according to HomeLight founder and CEO Drew Uher, who projects that the company’s annual revenue will triple to over $300 million in 2021. Doing basic math, we can deduce that the company saw around $100 million in revenue in 2020.

Over the years, like many other real estate tech platforms, HomeLight has evolved its model. HomeLight’s initial product focused on using artificial intelligence to match consumers and real estate investors to agents. Since then, the company has expanded to also providing title and escrow services to agents and home sellers and matching sellers with iBuyers. In July 2019, HomeLight acquired Eave as an entry into the (increasingly crowded) mortgage lending space.

“Our goal is to remove as much friction as possible from the process of buying or selling a home,” Uher said.

In January 2020, HomeLight launched its flagship financial products, HomeLight Trade-In and HomeLight Cash Offer. Since then, it has grown those products by over 700%, Uher said, in part fueled by the pandemic.

HomeLight’s Trade-In product gives its clients greater control over the timeline of their move and ability to transact, and Cash Offer gives people a way to make all cash offers on homes, “even if they need a mortgage,” he said.

“The pandemic only highlighted many of the pain points in the real estate transaction process that we’ve been focused on solving since our founding,” Uher told TechCrunch. “Between the real estate industry’s historic information asymmetry, outdated processes and unreasonable costs — not to mention today’s record-low inventory and all-time high bidding wars — buying or selling a home can be an incredibly difficult process, even without the challenges put in place by a global pandemic.” 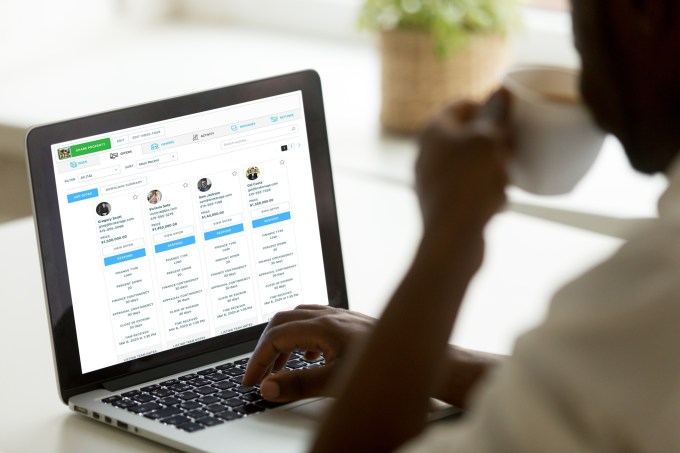 Then in August 2020, the company acquired Disclosures.io and launched HomeLight Listing Management, with the goal of making it easier for agents to share property information, monitor buyer interest and manage offers in one place.

In June of 2021, HomeLight appointed Lyft chairman and former Trulia CFO Sean Aggarwal to its board.

Uher founded HomeLight after he and his wife felt the pain of trying to buy a home in the competitive Bay Area market.

“The process of buying a home in San Francisco was so frustrating it made me want to bang my head against the wall,” Uher told me at the time of HomeLight’s Series C. “I realized there were so many things wrong with the real estate industry. I went through a few real estate agents before finding the right match. So when I did find one, it made me feel empowered to compete and win against the other buyers.”

He started HomeLight with a single product, its agent matching platform, which uses “proprietary machine-learning algorithms” to analyze millions of real estate transactions and agent profiles. It claims to connect a client to a real estate agent on average “every 90 seconds.”

Over the years, Uher said that hundreds of thousands of agents have applied to be a part of the HomeLight agent network and that it has worked with over 1 million homebuyers and sellers in the U.S. Today, the company works closely with the top 28,000 of those agents across the country. HomeLight maintains that it is not trying to replace real estate agents, but instead work more collaboratively with them.

“We plan to expand as quickly as we can across the entire country,” Uher said. “We also plan to hire aggressively in 2021 and beyond.”

HomeLight presently has over 500 employees, up from about 350 at the end of last year. The company has offices in Scottsdale, Arizona, San Francisco, New York, Seattle and Tampa, and plans to open new sites throughout the U.S. in the coming months.

Oren Zeev, founding partner at Zeev Ventures, said he believes that HomeLIght is better positioned than any other proptech company “to reinvent the transaction experience” for agents and their clients.

“With the onset of iBuyers and other technology introduced in the past decade, many proptech companies are building products to cut agents out of the transaction process entirely,” Zeev wrote via email. “This is where HomeLight uniquely differs — and excels — from its competitors…They’re in the perfect position to revolutionize the industry.”