Microsoft offered a broad “Holiday 2021” release date when it announced Windows 11 back in June. Of course, it didn’t specify precisely which holiday. Perhaps the company was aiming for World Teachers’ Day, a belated Sukkot or an extremely early Halloween. After strongly implying a late-October release a few months back (with some pointing to the 20th), the company this morning announced that the operating system is set to arrive October 5.

The date is, undoubtedly, on the early side of Microsoft’s release window. The first major release since 2015 will be available as a free upgrade to users with an eligible PC running Windows 10. October 5 will also see the availability of the first systems shipping with Windows 11 preloaded. 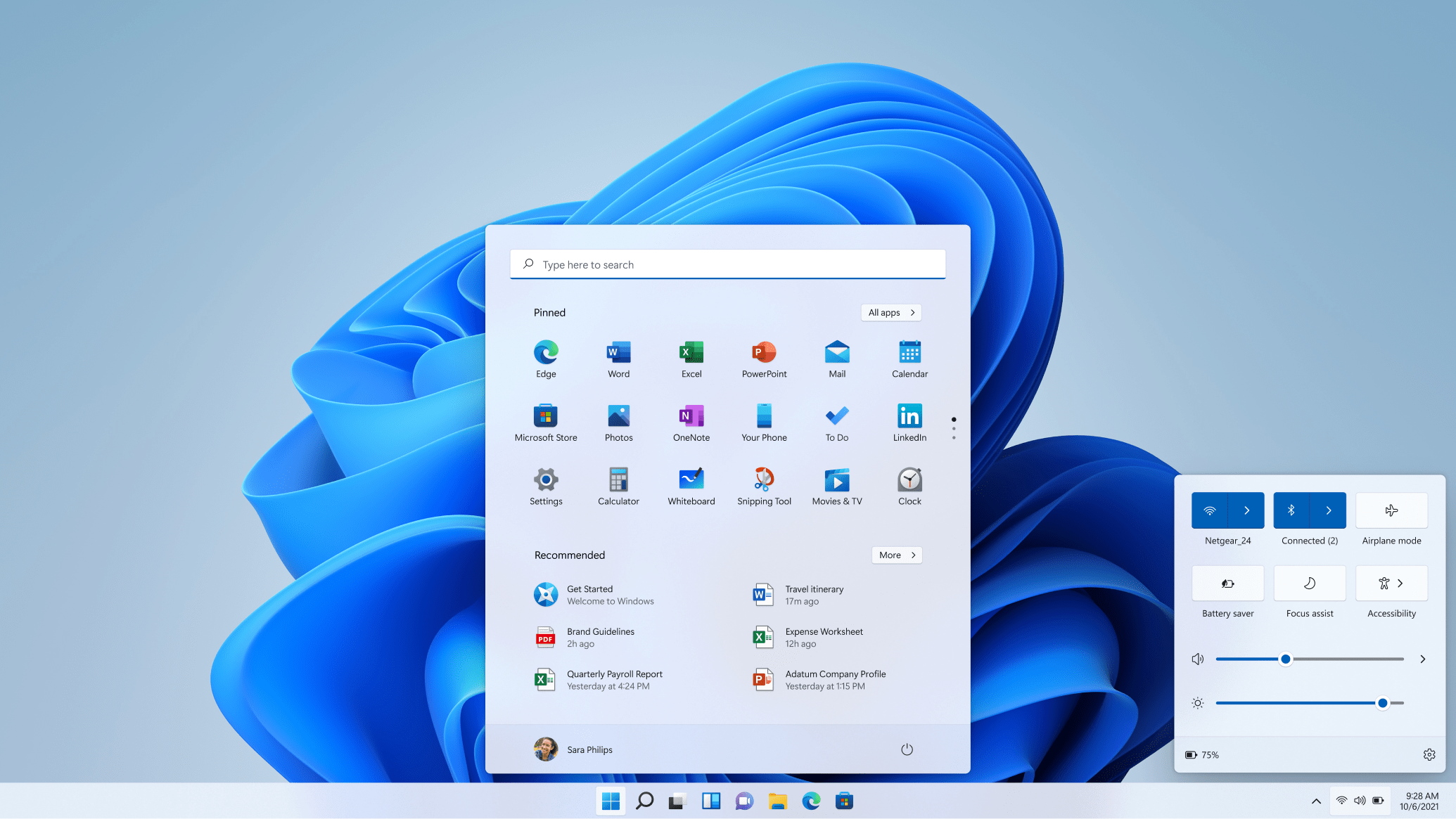 Frederic wrote up the first preview build when it became available through the Windows Insider Dev Channel. He noted at the time, “This is definitely more than just another bi-annual Windows 10 update with a few minor UI changes.”

Indeed, the company fittingly offers an 11-point blog post highlighting the major changes that will arrive in the October update. The first — and most immediately apparent — is one that has been around since that earliest preview build: The operating system’s design has been refreshed for a cleaner feel throughout.

That includes new Snap Layouts, Groups and Desktops designed to offer a more organized approach to multitasking. A number of the company’s online services have been more deeply integrated into the OS. Microsoft 365 is built into the Start menu, offering up access to recently viewed files, for more cross-platform integration. Teams, meanwhile, has been added to the taskbar (Microsoft really wants you to use Teams, folks). You’ll find Widgets there, as well, with quick access to information like news, weather, sports and stocks.

There are a range of accessibility updates. In a lengthy post from July, Microsoft highlights those updates, noting, “Accessible technology is a fundamental building block that can unlock opportunities in every part of society. A more accessible Windows experience has the power to help tackle the “disability divide” — to contribute to more education and employment opportunities for people with disabilities across the world.

The Microsoft Store got a design upgrade, as well, and the company has promised more access for independent developers to create new tools for the operating system. The new version of Windows continues to offer a focus on desktop gaming, with features like DirectX12 Ultimate, DirectStorage and Auto HDR. 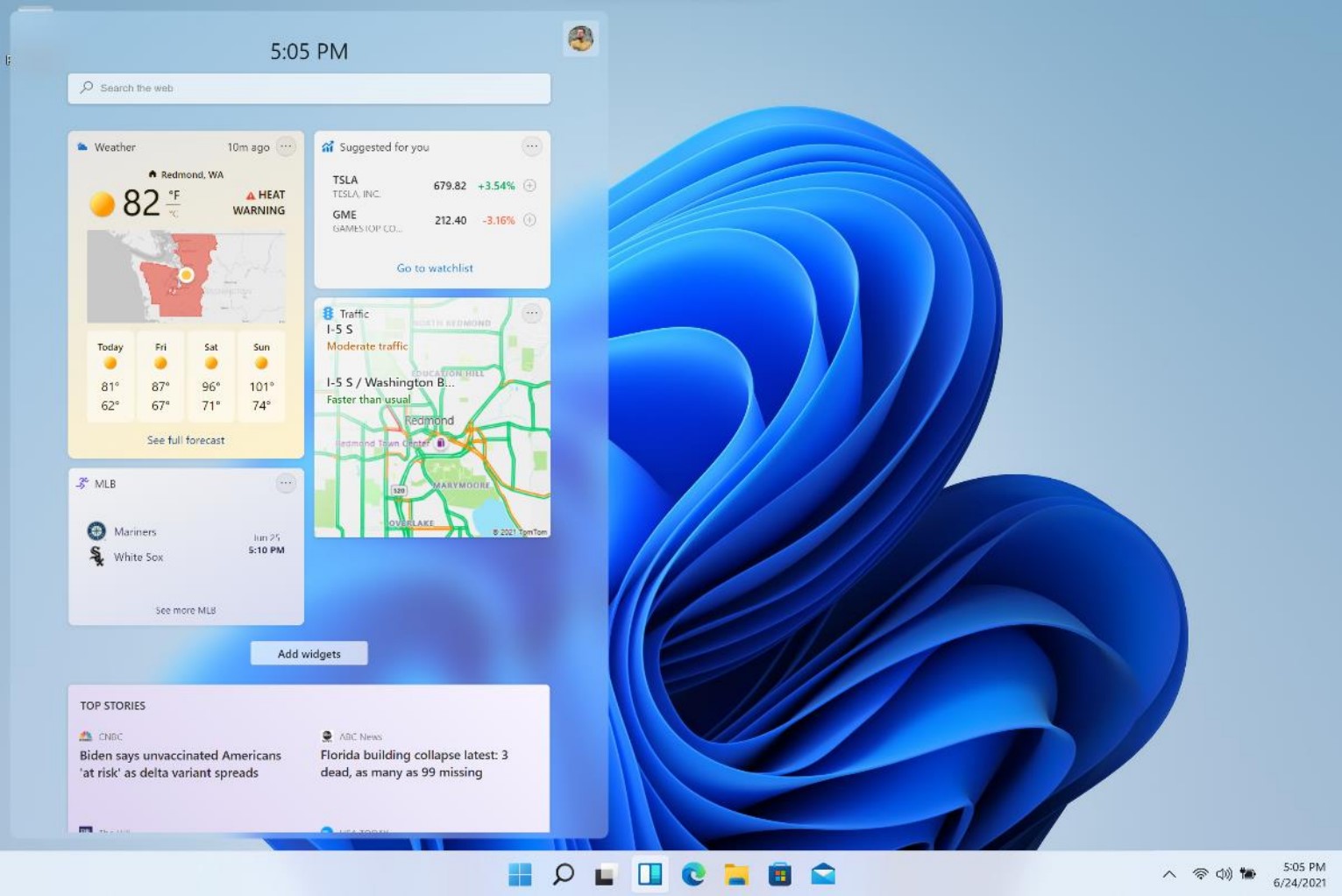 There’s been some confusion around what, precisely, all of this means for unsupported machines of late — as well, as, frankly, which machines qualify as supported. It was reported earlier this week that those systems that don’t fall within Microsoft’s parameters won’t get Windows Update when the new operating system is installed manually. That’s obviously a massive bummer, given that the utility delivers security patches and other updates.

“The free upgrade to Windows 11 starts on October 5 and will be phased and measured with a focus on quality,” the company writes in this morning’s post. “Following the tremendous learnings from Windows 10, we want to make sure we’re providing you with the best possible experience. That means new eligible devices will be offered the upgrade first. The upgrade will then roll out over time to in-market devices based on intelligence models that consider hardware eligibility, reliability metrics, age of device and other factors that impact the upgrade experience.”

The company says it expects all qualified machines will be offered the upgrade by some point in mid-2022. For those systems that aren’t upgraded, Microsoft says it will continue supporting Windows 10 through October 14, 2025.

The first preview of Windows 11 is now available