Following a spate of leaks, Bose this morning announced the latest addition to its well-loved over-ear headphones. The QuietComfort 45 (which replace the 35 II) sport improved noise cancellation and 24 hours of battery on a charge, per Bose’s metrics. The air travel mainstays run $330 — coming in $20 cheaper than the QC 35’s initial asking price.

The new headphones look similar to the last few generations, mostly receiving some tweaks to make them a bit more comfortable, lighter and more compact. The headphones have two primary modes: Quiet and Aware. The former uses improved noise canceling tech to respond to ambient noise (as opposed to Bose’s older one-size-fits-all ANC). Aware, meanwhile lets sound in with a transparency mode.

Where some have switched entirely to touch panels, Bose maintains physical buttons, with four on the left ear cup for volume, power and pairing and one on the right to switch between noise canceling modes. Voice has been improved to isolate sound while using the built-in microphone for conversations. 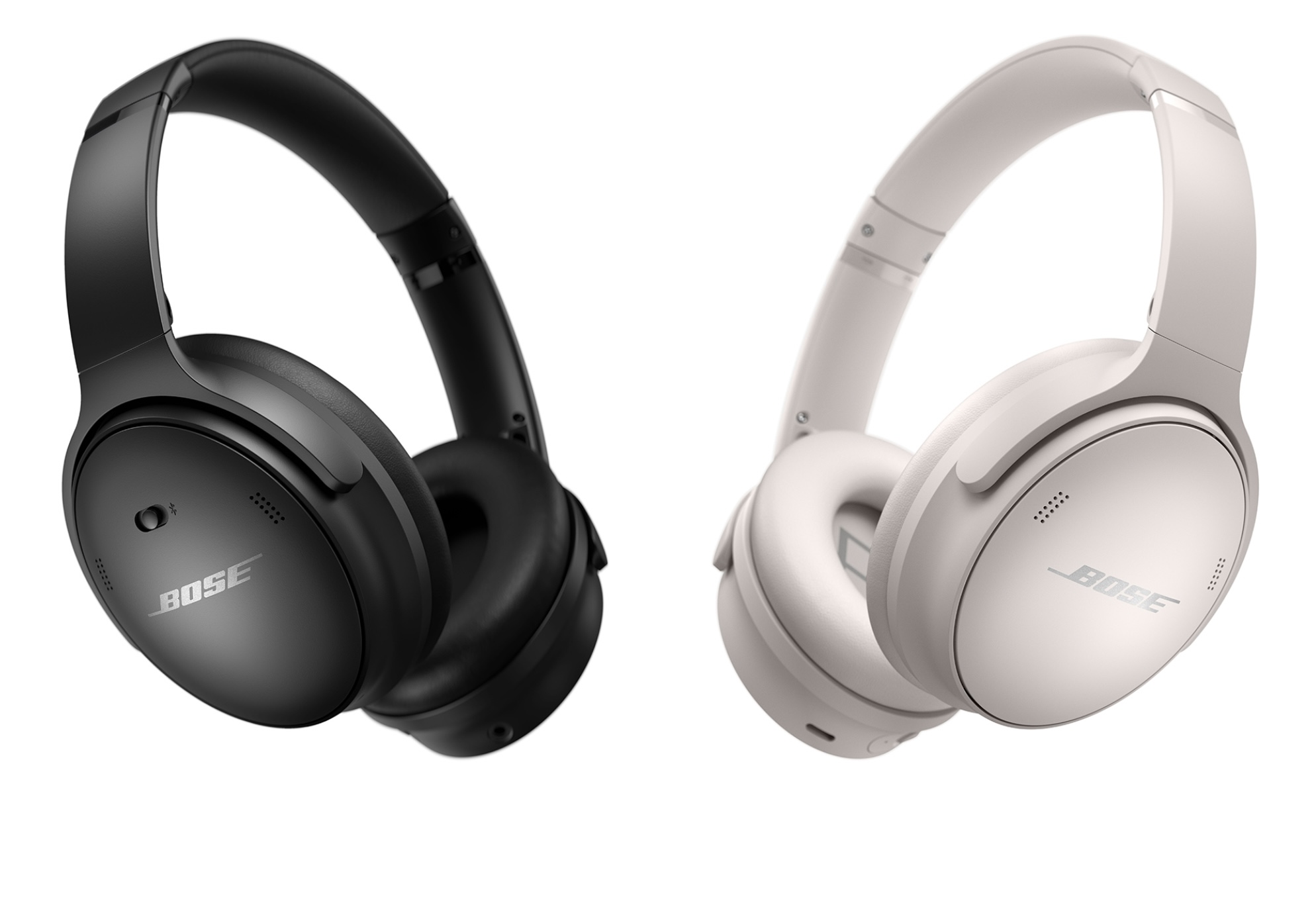 The battery is rated at 24 hours of music playback, which is recharged via USB C. It takes a full two hours to go from zero to full — or you can get three hours on 15 minutes, if you’re pressed for time.

The headphone category has evolved dramatically since Bose released the first generation QuietComfort way back in 2000. It finally went fully wireless in 2016 with the QC 35. More recently, the category has gotten even more crowded, courtesy of some excellent entries from the likes of Sony and Apple, but Bose remains the most iconic name in over-ear headphones, particularly for frequent travels.

The QC 45 maintain the company’s approach to keeping things simple. They go up for sale September 23 — perhaps we’ll all be traveling on planes again by then.