A number of companies have emerged in recent years aiming to resurrect the airship, an early technology that was abandoned in favor of airplanes and helicopters.

Flying Whales in France, Hybrid Air Vehicles in the U.K., Lockheed Martin and billionaire Sergey Brin all have airship projects in development, particularly focused on carrying cargo. None have yet started servicing customers.

Buoyant wants to be the first.

The startup graduated from Y Combinator this year with the goal of building small unmanned airships to move middle-mile cargo. Think depot-to-depot delivery, rather than depot-to-home. The two founders, Ben Claman and Joe Figura, say they can cut the cost of delivery in half, relative to flights performed by small planes or helicopters. And they say they’ll succeed where others have stalled by staying small — instead of building massive, multi-hundred-foot airships that need a lot of capital to build and a lot of gas to lift, Buoyant’s final vehicle will only be around 60 feet long.

Claman and Figura are two MIT hardware engineers who cut their teeth building spacecraft and antennas. Both had worked on projects with previous employers that involved providing low-cost connectivity to remote places, like Alaska (Claman also grew up there). 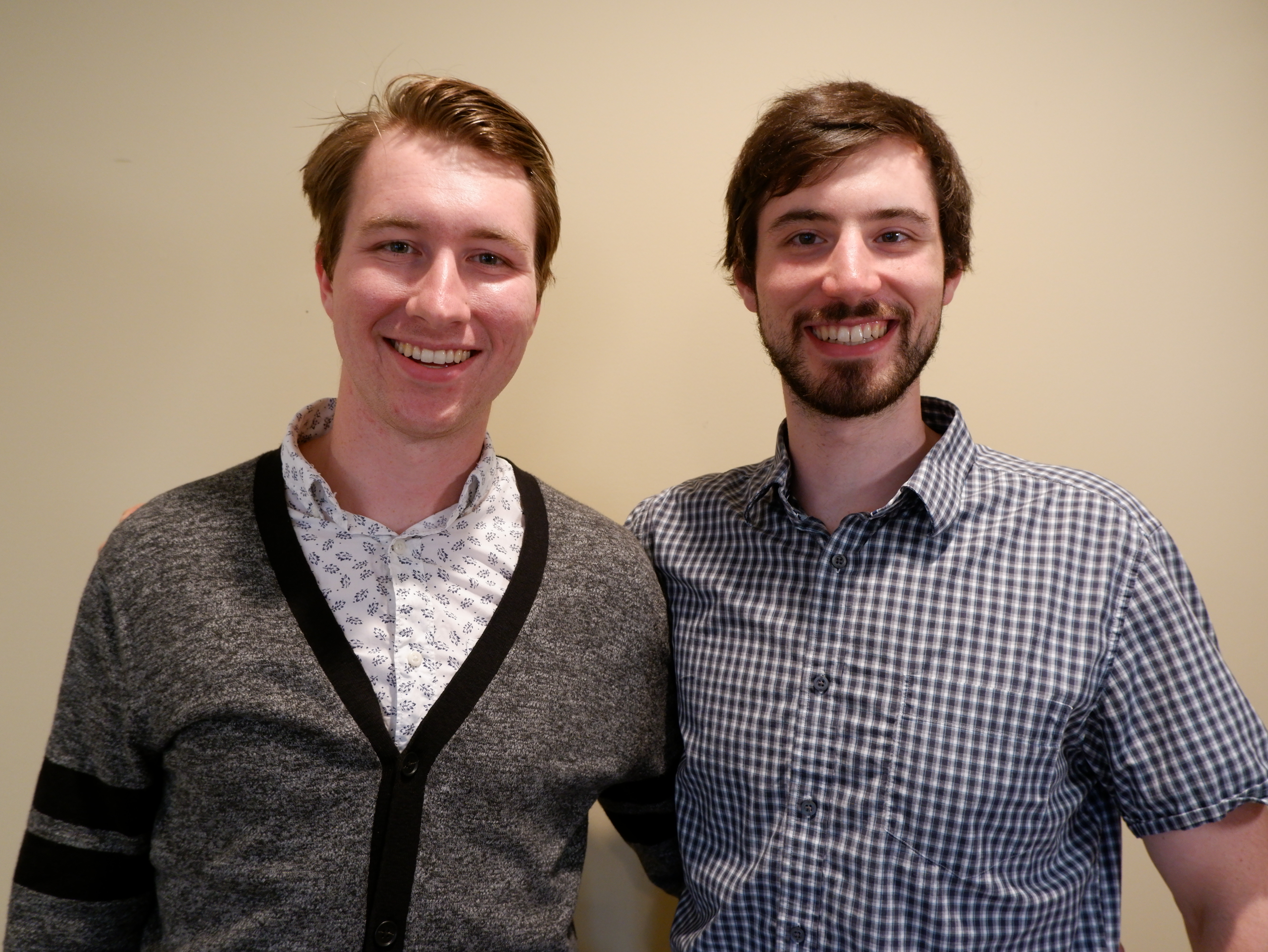 “What [Joe and I] were talking about when we were working at these companies was how hard it is to get actual goods to these places, not just the internet,” Claman said. “In these places, people are shopping online, they’re getting things sent to them. They sometimes have to wait weeks or months for them to arrive.”

Claman added when the company started YC, they had imagined building an airship that’s closer to their existing prototype — a small craft capable of doing last-mile deliveries for Amazon, for example.

“We’ve talked to a bunch of companies, and it seemed like from talking to them, that rural middle-mile is a much bigger problem than rural last-mile. Let’s say you have 5,000 people living in a community, you can basically subcontract the postal service to one of those people to do the last-mile delivery. … But getting the parcels from your main hub to that place is actually really challenging and really, really expensive.”

To solve that problem, Buoyant developed a “hybrid” battery electric airship, meaning that it generates around 70% of its lift using lighter-than-air gas — in this case, helium. The remaining 30% of the lift comes from its tilt-rotor architecture. This hybrid design is what Buoyant says solves the notoriously difficult problem of dropping off cargo – difficult because as airships offload weight, they risk shooting back up into the air. The tilt-rotor allows the airship to operate closer to a helicopter during takeoff and landing.

But where helicopters need to be capable of lifting their weight — anywhere from 1,500 to 10,000 pounds of carbon fiber and stainless steel — Buoyant’s airship will only need to lift the weight of the payload itself and its airframe. Not only do Buoyant’s founders say this saves on capital costs, but they’re developing the ship to eventually run autonomously, so the company won’t have to use pilots.

Buoyant has built and flown four prototype airships. The most recent sub-scale ship that went to air is 20 feet long, with airspeeds of up to 35 miles per hour and a payload capacity of 10 pounds, but the ultimate aim is to build an airship that’s capable of delivering up to 650 pounds of cargo at a cruise speed of around 60 miles per hour.

The airship has been operating under a Part 107 license. Before the company can start serving customers, it will need to achieve two certifications: a type certification verifying the airworthiness of the craft and operator certifications for the groups flying them. “Both require a lot of flight hours, which will be our main development activity,” Figura said on HackerNews.

Looking ahead, the company is planning to continue iterating its flight control system and doing a field demo with the sub-scale prototype in the coming months. Buoyant wants to build a full-scale version next year, which Claman said they will likely manufacture in-house.

These next few steps will be crucial for Buoyant to turn letters of intent worth $5 million that it has signed with several potential customers —  including from an Alaskan regional air carrier — into official contracts.

Buoyant also has two pilot programs in the pipeline: one with the sub-scale prototype this fall, and the second with the full-scale ship in a year’s time, both with logistics/parcel delivery companies.

“People were building blimps before computers, people were building blimps before they really understood aerodynamics, so we have some advantage there on just the length of time that people have been building airships,” Claman added. “There’s a lot of data out there. It’s not like airship development has stopped. People have been developing airships continuously, basically, over 100 years.”