St. Louis-based grocery chain Schnucks (one of those “With a name like Smucker’s, it has to be good” situations, one imagines) announced this week that it will be deploying technology from Simbe Robotics across its 111 U.S. locations.

The deal comes a year and a half into a global pandemic that has substantially increased interest in automation, particularly around essential businesses — a qualifier that certainly applies to grocery stores.

Simbe’s mobile robots provide inventory scanning, offering a constantly updating picture of what’s on the store shelves and what needs to be restocked. Anyone who’s ever worked retail can almost certainly tell you that doing inventory is one of the biggest headaches in the industry, often requiring hours-long shutdowns or overnight marathons to complete.

The “multi-year” chain-wide rollout comes four years after Schnucks first began piloting the tech. Over the years, the partnership has gradually expanded. Simbe says its shelf-scanning Tally robot is capable of reducing out of stock items by 20-30% and can detect 14 times more missing inventory than traditional human scanning. 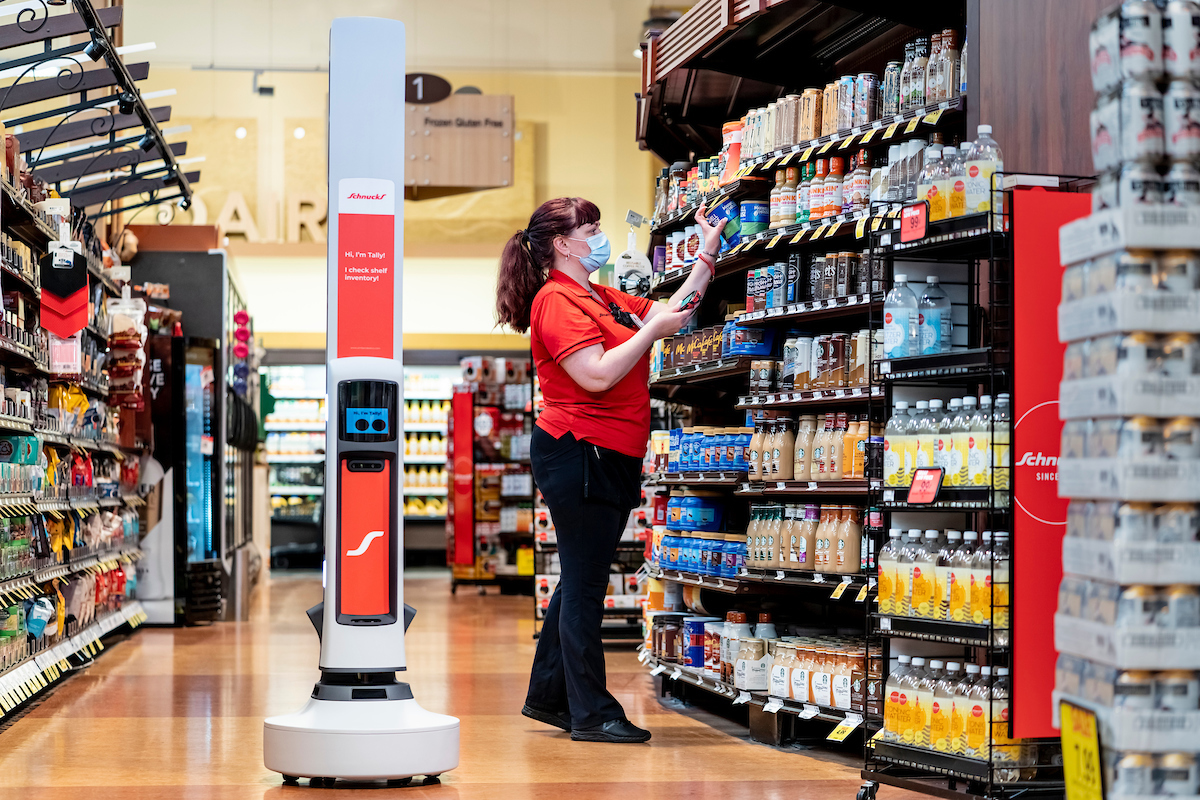 “By deploying Tally to all stores, we are fully operationalizing these insights into our supply chain and expanding our ability to leverage real-time data to make revenue impacting decisions,” Schnucks VP Dave Steck said in a release. “Tally has become an integral component of our stores, streamlining operations and ultimately creating a better store experience for our customers and teammates.”

A number of companies are working to automate the world of inventory scanning, including Brain Corp and Bossa Nova, though the latter was dealt a massive setback when Walmart ended a large contract at the end of 2020.

Simbe raises a $26M Series A for its retail inventory robot