As co-founders of the K-pop-focused podcast production company DIVE Studios, brothers Brian Nam, Eric Nam and Eddie Nam noticed that the studio’s best-performing content came from podcast episodes where stars discussed how they handle struggles in their personal lives. So, the Nam brothers came up with the idea for Mindset, an off-shoot of DIVE Studios.

“We found that this was a unique selling point people really wanted more of — so we started to think about ways to really double-down on that aspect,” said CEO Brian Nam. “How do we provide more of this valuable content to Gen Z and young millennial audiences? We decided that there wasn’t really the right kind of platform out there for this type of storytelling, so we decided to develop our own mobile platform to uniquely share these stories in an audio format.” 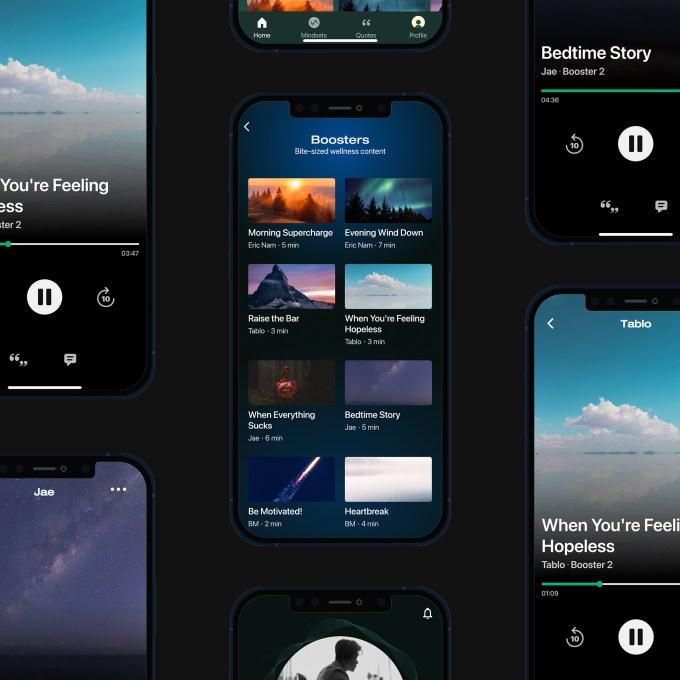 In its current format, Mindset features four audio collections from artists like Jae, Tablo, BM and Mindset co-founder Eric Nam, who happens to be a K-pop star himself. Each collection has 10 episodes of around 10 to 20 minutes long — the introductory episode is free, but to gain access to the rest of an individual artist’s collection, users must pay $24.99. The app also has free Boosters, which are Calm-like, five-minute clips of bedtime stories and motivational mantras.

“Up until now, the primary source of income, especially for musicians, has been touring, music streams and then maybe some endorsement deals, but we’re able to unlock this fourth one, which is monetizing your stories,” Nam said. “The pricing is similar to how they might price a ticket, or how they would sell merchandise.”

Mindset isn’t meant to be a therapy app. “We’re not licensed therapists, we don’t try to act like we are,” Nam said. Rather, it’s a way for artists to share more intimate experiences with their fans to show that behind they music, they’re people too.

Mindset launched in an MVP (minimum viable product) version in February. Nam declined to share active user or revenue numbers, but said that the app gained enough traction that by May, it raised venture funding. The $8.7 million round is led by Union Square Ventures with strategic participants like record executive Scooter Braun (of TQ Ventures), who has more recently made headlines over the Taylor Swift masters controversy. Other backers include Twitch co-founder Kevin Lin, Opendoor co-founder Eric Wu, and more.

“He’s really opened a lot of doors for us to branch out into the Hollywood and Western space, where we traditionally came from the K-pop space,” Nam added.

Mindset is putting its seed funding toward content creation, hiring and product development. The app is currently available on iOS and Android, but it will officially launch on September 14. After that, Mindset will release another audio collection from an artist or actor every two weeks. Nam declined to share who these artists will be.