Launched in March, Pry now has more than 200 customers and claims it has grown 35% month-over-month since YC’s Demo Day. It was founded by Alex Sailer, Tiffany Wong, Hayden Jensen and Andy Su.

Before starting Pry, Su was co-founder of InDinero, another YC alum that started as a “Mint for small businesses” before pivoting to a full-service accounting company. InDinero launched while he was still a student at UC Berkeley, and Su eventually became responsible for its financial planning. 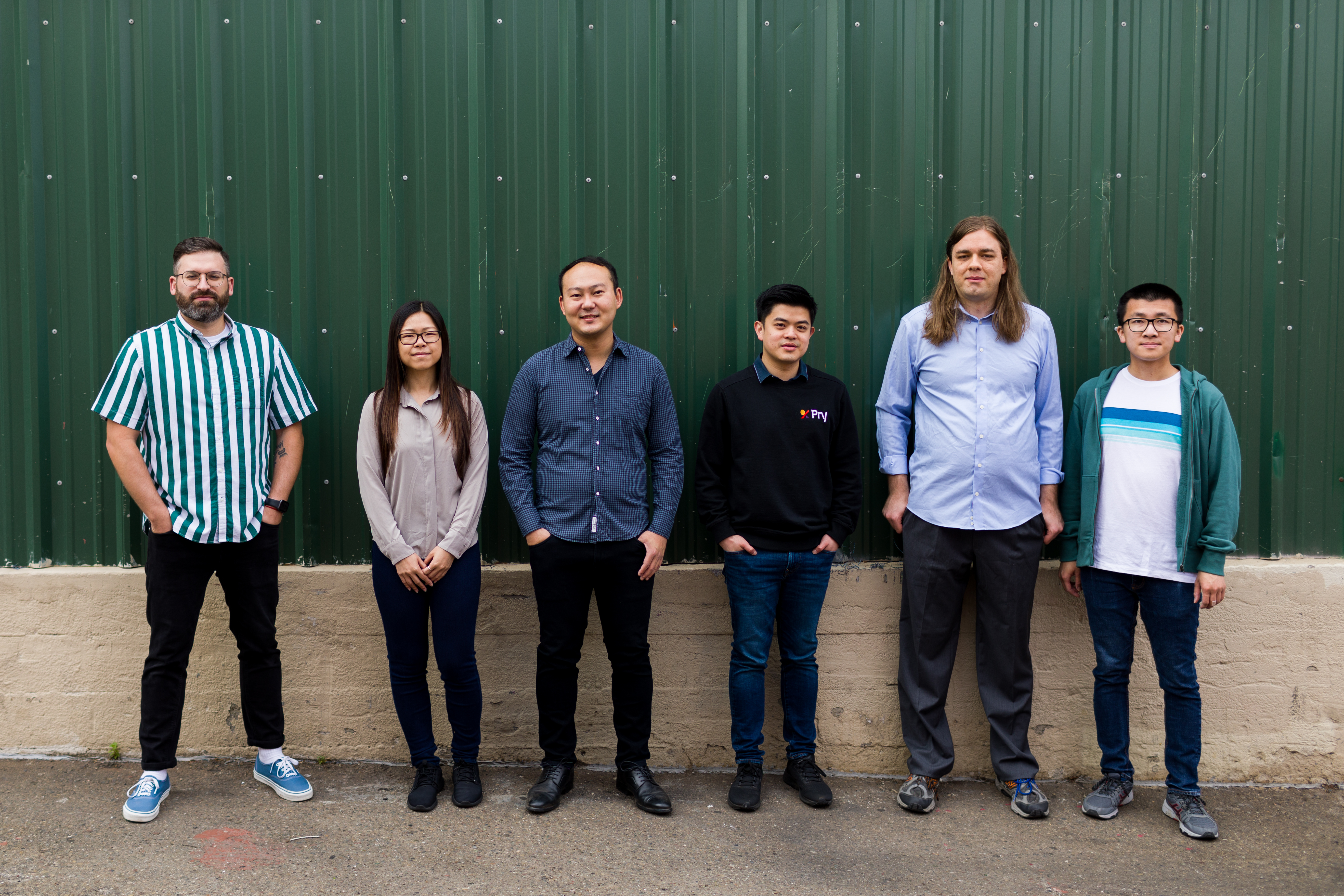 He told TechCrunch that most startups can’t afford accounting software like Workday Adaptive Planning. Instead, they sometimes work with outsourced CFO services, but mostly rely on spreadsheets for everything: three-way forecasts, predicting runway, hiring and contractor budgets and investor updates.

“I was the chief technical officer and over the years, I also took on the finance function, so it was kind of a dual CTO/CFO role. This was 2010 through 2020 and as technology grew, the engineering and product teams got all sorts of new tools every six months or so, whereas the finance team was just stuck in Excel,” he said.

Started as a side project while Su was still at InDinero, Pry starts at just $50 a month and replaces those spreadsheets with easy-to-understand dashboards for accounting, financial planning and scenario modeling. The dashboards connect to QuickBooks, Xero or bank accounts, so numbers are continuously updated.

Pry’s clients typically start using it after they raise seed funding, because “for most first-time founders, that’s the most amount of money you have ever received, so you need to spend more time managing it and reviewing it every month. And you’re spending a lot of time on payroll each month,” Su said. Second-time founders, meanwhile, sign up for Pry because they are sick of Excel spreadsheets.

FreshBooks reaches $1B+ valuation with $130.75M for its SMB-focused accounting platform

“Reviewing a spreadsheet is mind-numbingly hard,” said Su. “If you see a number that’s off, you get this weird formula if you didn’t do it yourself. Then you basically have to write a long email to the financial analyst who wrote it and hope that they get back to you before closing time.” For founders who need to update lenders or investors every month, this means a lot of work.

The scenario planning feature serves as a sandbox, giving startup teams and their investors a way to predict how different situations will impact finances: for example, how much runway they have if they raise a certain amount of funding or adjust product pricing. 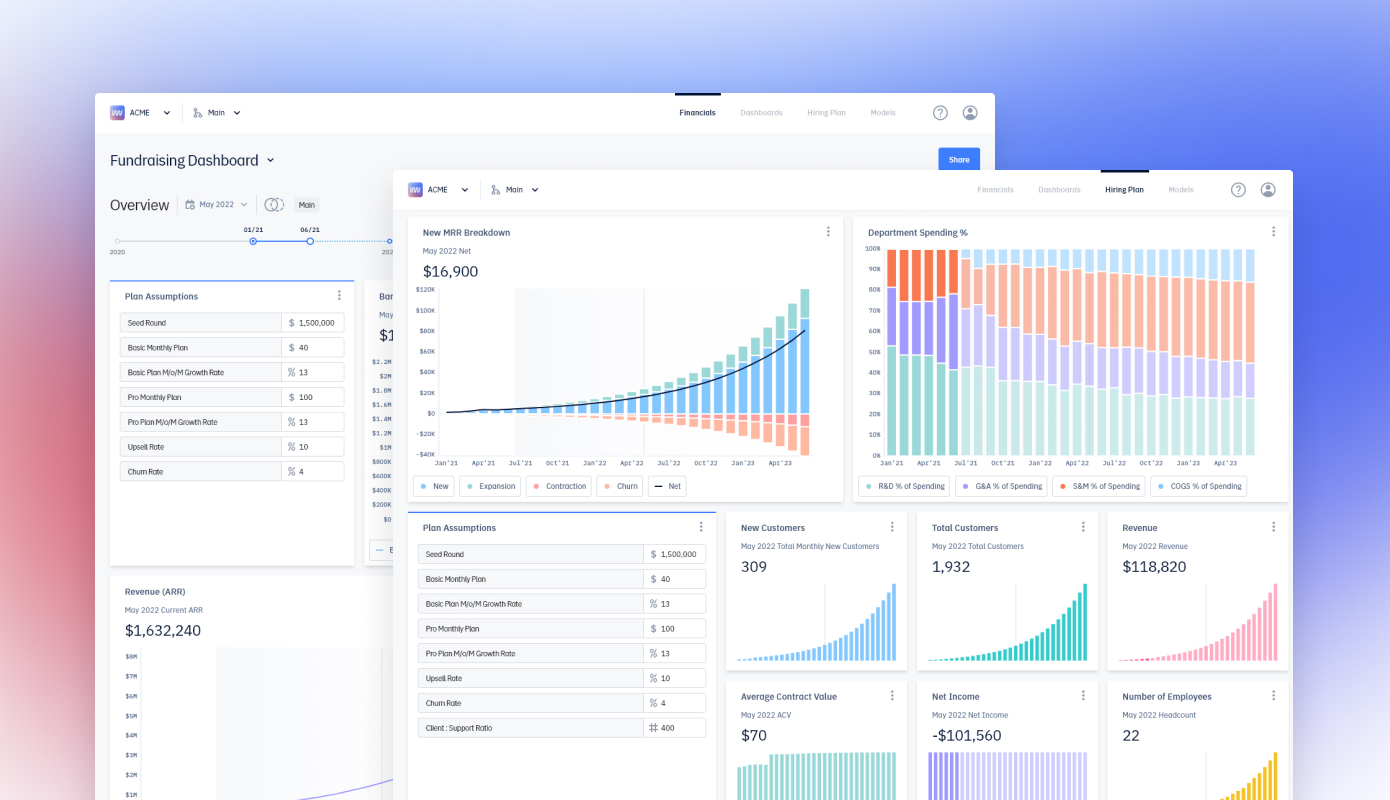 “We’re improving upon and trying to make decisions about the company in a collaborative way. The analogy we have is Git branching, where you have your main plan, and want to try something like a new revenue model or acquiring a business, but don’t want to mess with your current strategy,” said Su. “What you can do is create a completely new branch with, say, a new pricing strategy. You can make all the changes you want and then switch back to your old branch without worrying about overriding or conflicting with it.”

Those speculative branches are also continuously updated with the company’s most recent bank account and payroll information, so founders don’t need to recreate them from scratch if they want to revisit a potential scenario later.

Pry plans to build more complex predictive tools and also integrate industry standards, like statistic and benchmarks, into templates to help founders understand what targets they should set.

Because Pry is easier to manage than a set of Excel spreadsheets, Su said it’s helped startups spot important things. For example, one founder was able to find a way to save $15,000 by catching a tax issue. Pry also helps everyone at a startup understand its finances’ even if they haven’t worked with accounting spreadsheets before. The platform will add roles and permissions soon, so founders can give or restrict access to different people, like leaders of specific departments.

Su said Pry does not compete with the accounting services many startups rely on until they can hire a head of finance, but makes it easier for startups to collaborate with them since they can share their dashboards.

“Usually early on, you can outsource to a CFO firm. That’s the norm in the business and it works pretty well for most companies. You get a part-time CFO to work really hard for a month and get your fundraising structure done,” said Su, adding “we fit into that ecosystem well.”

Founders: How well do you really understand seed-stage financing?