The process of digitizing the operations of mom and pop stores in Nigeria is serious business right now. In fact, it might be the second-best thing after fintech at the moment.

Today’s news is from Alerzo, a little-known B2B e-commerce retail startup based in Ibadan, Nigeria. The company is announcing a $10.5 million Series A round led by London-based Nosara Capital. FJ Labs and several family offices from the U.S., Europe and Asia, including Michael Novogratz’s, participated in the round.

In total, Alerzo has raised more than $20 million since its launch. Early investors include the Baobab Network, an Africa-focused accelerator based in London, and Signal Hill, a Singapore-based fund manager that participated in its $5.5 million seed round last year. The company also said it closed a $2.5 million working capital facility to serve its customers.

Speaking with TechCrunch, Opaleye said he started Alerzo to empower the millions of women who are the backbone of consumer commerce in Nigeria’s $100 billion informal retail sector.

The need to solve this problem stemmed from observing firsthand the challenges his mom faced while operating two mom-and-pop stores.

“Growing up in Ibadan, I watched my mother operate two informal retail stores to raise my three siblings and me. Seeing the many challenges she faced running her stores, and I decided to start a business that uniquely catered to the needs of retailers just like her,” he told TechCrunch in an interview.

These retailers are beholden to an inefficient distribution system that results in inconsistent inventory availability, opaque pricing and limited access to formal financial and banking services.

The founder says Ibadan was the ideal market to establish its headquarters because informal retailers in the region experience these challenges more than those in Lagos. 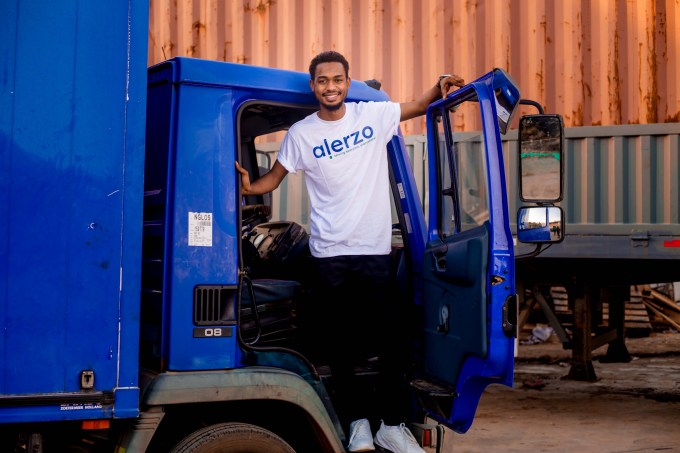 Given the lack of trust in the marketplace and the requirement to pay on delivery, Opaleye says this was the most inclusive business model where the economics made sense for the company.

Alerzo claims to have built up a network of up to 100,000 small businesses, 90% of which are women-led. The company exclusively serves the country’s tier-2 to tier-4 cities in Southwest Nigeria — Ibadan, Ekiti and Abeokuta, to name a few. It connects retailers to local and multinational distributors of consumer brands, like Unilever, Nestlé, Procter & Gamble, Dangote, and PZ.

“Without Alerzo, these retailers need to take a day off from the store to visit a central market, pay for transportation and haul a large amount of inventory back to the store. Alerzo replaces this stressful experience by not only reducing costs and time spent running a retail shop but also improving the livelihood of these working women,” said the founder about the company’s growth.

About one-third of the total retailers on Alerzo use the platform monthly. According to its website, retailers can order products via SMS, voice and WhatsApp and deliver them to their stores in less than 10 hours. The company claims to have processed over 1 million orders this past year.

Alerzo owns and operates its full-stack tech-driven supply chain and logistics to process these orders. The company provides warehousing and fulfillment solutions to suppliers and storefront delivery to informal retailers. It currently owns over 200 vehicles and 20 warehouses to serve its thousands of customers.

The last couple of years have seen a rise in last-mile delivery and distribution companies with a large increase in on-demand services across many sectors. While most players in Nigeria tend to focus on Lagos and Nigeria’s capital city Abuja, Alerzo’s approach to covering other cities has seemingly paid off so far.

But though Alerzo has enjoyed almost a first-mover advantage in less crowded markets, stiff competition will play out as other key players look to come in. Omnibiz, for instance, has Ibadan in its sights, and TradeDepot is setting up a presence in 10 to 15 cities, aiming to cover all major cities in the country by the end of the year.

“We’ve studied informal retail marketplaces globally over the last couple of years and Alerzo really stood out to us due to a strong management team led by a founder with a unique understanding of his customer and an attractive business model with exceptional unit economics,” said Ian Loizeaux, the managing partner at Nosara Capital, in a statement. “The company is at the beginning of a compelling multi-decade opportunity to streamline and digitize Nigeria’s retail supply chain.”

Seed investor Kevin Jung of Signal Hill cites Alerzo’s focus on the informal retail market outside Lagos as one of the reasons why he backed Alerzo earlier on. He also referred to the company’s orientation toward Asia (a playbook Opaleye adopted when he went to China for studies in 2016), as the best reference point for the emerging business model of digitizing informal retail markets.

Alerzo has an office in Singapore that the CEO says serves as a regional hub to identify best practices among similar high-growth businesses operating across Southeast Asia and India and adapt them to the Nigerian market. Likewise, to expand its digital footprint, the company recently launched an office in Lagos.

The proceeds from this Series A round will be used to expand geographically to northern Nigeria. Alerzo also plans to launch AlerzoPay, the company’s cashless payments and lending platform, as well as a portfolio of new business support services.