Travel tech company Hopper has raised a $175 million Series G, the company said today. That’s nearly the same amount it raised in a Series F round that closed earlier this year. These are indeed new funds, however, bringing its total raised to date to nearly $600 million, with the company now valued at over $3.5 billion. This latest round arrives as Hopper is seeing impressive growth as travel starts to surge on the recent downswings in cases in North America following large-scale COVID-19 vaccination campaigns.

Hopper says that its revenue is on track to surge 330% versus last year, which is hardly surprising, given that 2020 saw the depths of the pandemic and a widespread screeching halt to the bustling global travel industry. The more impressive stat is that Hopper’s revenue is already up 100% versus its last pre-pandemic quarter, indicating the tough choices and aggressive re-prioritization of its products and business it underwent as a result of the pandemic are working well.

Of course, there’s a looming spectre threatening the overall narrative of a travel industry bounce-back: Delta and other COVID-19 variants, which are currently driving another wave of resurgence of the disease in North America. I asked Hopper CEO and co-founder Fred Lalonde about Delta’s impact on Hopper’s business so far.

Regardless of the impact on the nature of bookings, though, Lalonde notes that Hopper’s line of fintech products (something the company increasingly sees as its key differentiation) are in increasing demand as elements of uncertainty like the impact of the Delta variant enter into customer travel planning considerations.

These AI-powered tools offer protections against pricing fluctuations and volatility, no-hassle rebooking (even up to the day prior to your trip), cross-airline rebooking for missed connections and more. 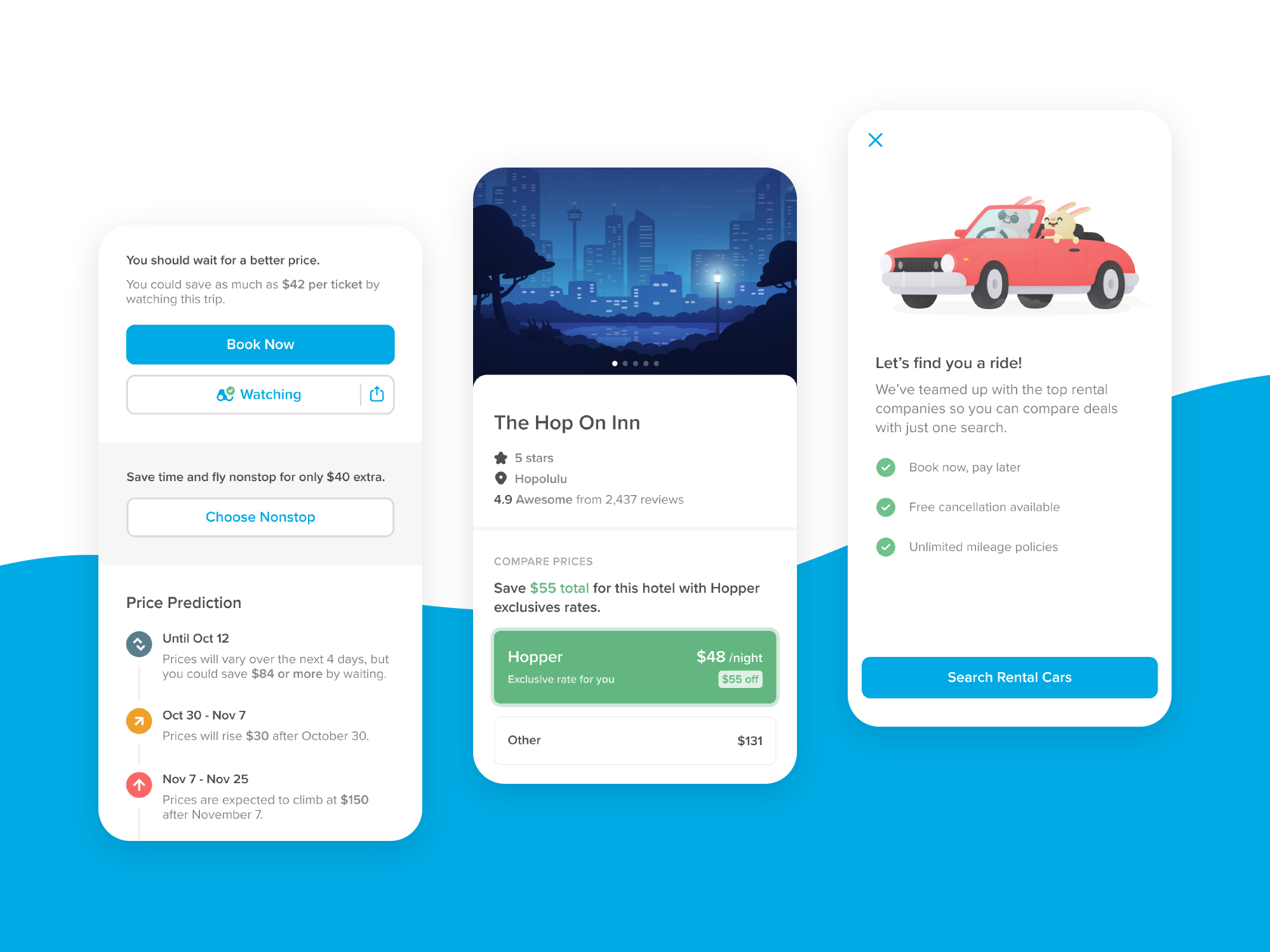 Hopper is also looking to use these newly-raised funds to further reinforce its business through increased customer support hiring (it has already scaled the team by 200% and rolled out a suit of new automated tools that Lalonde says resolves 60% of its inbound requests “instantly”). The company intends to bring on 500 new employees in the near future, with 300 of those dedicated to customer service roles.

Another area of interest for Hopper with this funding is acqui-hiring: Lalonde says specific targets include teams focused on “travel, data science or engineering-heavy startups to help introduce new product offerings and fuel its international expansion.” The company’s product expansion goals include opening up home rentals on the platform, and its global ambitions include expanding to Europe and Asia.

When it raised its Series F in March, Hopper also announced that it would be white-labeling its booking products through Hopper Cloud, and partnering first with Capital One to launch a travel booking portal for its cardholders, which is on track to debut later this year. Since then, Hopper has also revealed that it will be working with Amadeus to roll out its fintech products to any travel provider that wants to use them, including airlines, online travel agencies and more.

COVID-19 was obviously a shock to the system across all industries and almost every aspect of daily life, but the travel industry likely experienced some of the most dramatic upheaval. Hopper’s ability to attract significant pools of new funding in the wake of the pandemic, including this new round led by GPI Capital, reflect the impressive flexibility and speed with which it’s been able to shape an entirely new kind of digital travel company that anticipates — and even thrives on — volatility.