Growth marketing is often misconceived as a set of tactics when it’s much more: It is a process that startups need to put in place in their early days that will scale as their customer base and internal teams grow.

This is where British growth agency Ascendant shines, Robyn Weatherley, head of marketing at Thirdfort, let us know via our growth marketing survey. Ascendant’s consultants haven’t just helped the British legal tech startup execute growth tactics, she wrote: “They’ve helped us set up the framework to keep executing on those whether we are five, 50 or 500 people.” (If you too have growth marketers to recommend, please fill out the survey!)

“If you don’t come from a growth marketing background, you don’t know how to even frame the problem, let alone fix it. This is why so much startup marketing is tactical rather than strategic.”

We followed up on this recommendation by interviewing Ascendant co-founder Gus Ferguson and partner Alyssa Crankshaw for our ongoing series of growth marketer profiles. If you are in the U.K., you might know them from the TechLondon Slack community, or bumped into them pre-COVID at the OMN London events, the digital marketing meetups they co-organize. In the interview below, they share how they work with early-stage companies, including tactical planning and building out tools for marketers to use without taking up internal engineering resources.

Editor’s note: The interview below has been edited for length and clarity.

Can you tell us about your background and how you came to work with startups?

Gus Ferguson: I’ve been a digital marketer for the last 15 or 16 years, and in 2009, I started one of the first content marketing agencies in the U.K. We did a lot of work with big travel brands, but the problem was that in big corporates, teams are in silos, so they weren’t able to take advantage of being at the forefront of marketing. 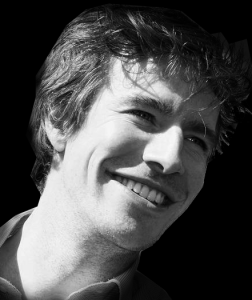 I was based in East London and I started working with a couple of startups. It’s also around that time that I partnered up with Alyssa. But we were looking at startups being hampered by traditional marketing — because traditional marketers were bringing big corporate problems to startups, when their key strength is their nimbleness and their agility and their ability to adapt.

That’s when we started developing processes for basically building businesses from scratch — when you don’t have any historical data to base your marketing strategies on. We were saying to them: Don’t ask us for a 12-month plan, because it’s a waste of time. But because there was that mindset at the time, that’s just what people expected. So we were going in and saying: You need a broad three-month plan, maximum; then a one-month plan in detail, and ideally a two-week sprint.

What kind of clients does Ascendant work with?

Gus Ferguson: Thanks to the growth framework that we’ve built up over time, we can pretty much work with any new business where there’s no existing process for marketing. We work with fintech, healthcare and legal companies, e-commerce brands, and both B2C and B2B. So startups, but also startup-type businesses. For instance, we worked with corporate ventures like Canon and VCs like Forward Partners, which was really interesting learning, because we were working with earlier-stage businesses than we would normally.

One million in funding is our sweet spot for startups. The reason for that is that it costs money to bring experienced growth experts into business, and up to that point, I believe it is important for founders to understand growth themselves. Being able to understand how to do it at that early stage will create such a valuable foundation of audience centricity for that business moving forward. A lot of what we do is bringing audience centricity into product-focused businesses — and generally encouraging founders to think about why their audience should care that they’ve got a solution to their problem.

Right, “build it and they will come” is a mistake that founders make all the time! Could you give more details on how you help them?

Gus Ferguson: Generally we’ll look at whatever they have as a foundation, and at similar businesses, and we’ll create an initial growth model. We’ll start putting hypotheses in place as to which channels are going to be the most effective at hitting their short-term objectives if they have them ready. But often, part of the process is also defining which metrics matter for that business, and working out how to measure them.

We always start working with founders and sales, and generally before or with one first marketing hire in place. Part of our work is to come up with projected results based on their funnel, but very often, with product-centric businesses, it will be that funnel that’s missing. So we bring in a bit of funnel thinking to those businesses and get that in place.

Have you worked with a talented individual or agency who helped you find and keep more users?

Respond to our survey and help other startups find top growth marketers they can work with!

And then there’s all sorts of what we call framework building that needs to be in place before you can start doing more traditional campaign-based marketing. So we’ll start looking at the specific frameworks around data, and how to form an objective truth for that business, with a shared understanding of the key metrics. When nobody knows what the fundamental data framework of that business looks like, for instance, because of team turnover or silos, we’ll tighten that up and make sure that everything is functioning together so that things like marketing automation are possible.

It’s perhaps a bit surprising about siloed teams at an early stage; how big are the startups you work with?

Gus Ferguson: We start when they are small, but we keep our clients for a long time. So, for example, we worked with Elder, which is a health tech startup. When we started off with them, there were 12 people, and when we finished with them, there were hundreds of people. Soldo is another example: When we started the marketing team was one person, and by the time we left, they were spanning three floors at WeWork.

Our lifecycle ends at Series B, because at that point, all the frameworks will be in place and they’ll be bringing everything in-house. So that’s our happy ending when the clients get to huge Series B raises. And then we move on to the next one that needs our help to get there.

But to go back to your question, slips happen because these are very venture-backed companies with very high growth not just in customers but also in their internal teams. Everybody is doing everything, everybody is new at their jobs, and there aren’t very many internal processes, so there’s an element of chaos. That’s where the need for cross-functional teams grew from — to step out of everybody’s individual chaotic worlds and create an island of shared objectives and order. 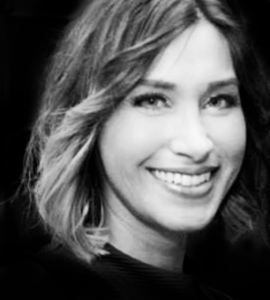 Alyssa Crankshaw: It’s just important for us to make people communicate. We often end up actually becoming a reason for the whole team to talk to each other — because we are external, they see more value in these tasks that they wouldn’t do otherwise.

How does that work in practice?

Gus Ferguson: An example of that is the CMS system we are putting in place for one client that we’re working with at the moment, where salespeople use it, marketing people use it, customer services people use it — and those teams were fairly siloed beforehand.

We also know that probably one of the biggest barriers to growth is marketers being dependent on developers, which are such a rare resource. We address that by implementing marketing frameworks at a basic level of the business whereby marketers are able to at least control basic marketing operations directly.

But one of the most important processes that we bring in is the cross-functional team, with one stakeholder from each department. It means that there’s at least one person on each team who understands what the objectives are, and then people start problem-solving together.

Gus Ferguson: Potentially it got easier with remote. Usually, we find one person on each team — generally the team’s leader — and we bring them as spokespersons into the cross-functional team. In a remote world, it’s actually easier because you can just all jump on Zoom calls.

Alyssa Crankshaw: Even before COVID, we weren’t the type of consultants who sit several days a week in their client’s office. We are problem-solvers across the company, and we’ve always done that, whether it was from our old office or remotely now.

Gus Ferguson: Our own model also proved exceptionally flexible when we needed it to be during the pandemic. We are a core team of three people, and we are working with a network of specialized freelancers — so instead of worrying about fixed overheads, we can have agreements with trusted partners and morph into whatever our clients need at that time. Because of the nature of startups, as I said earlier, it doesn’t make sense to have long-term plans for businesses where there’s such a high rate of change. And from an agency perspective, it means that what we’re doing one month is always very different from what we’re doing the next month.

Alyssa Crankshaw: It’s a conscious decision not to follow a traditional agency model, because it helps us be flexible and bring in the specialists when we need them, rather than just having to use that person that sits on your payroll just because you have them. It’s much more effective for everybody.

What’s a thing that people might not know about what you do?

One of the challenges with doing something new for the first time, in a team of people who are also doing a new thing for the first time with no historical data, is that you quite often don’t even know how to frame that. If you don’t come from a growth marketing background, you don’t know how to even frame the problem, let alone fix it. This is why so much startup marketing is tactical rather than strategic, or even worse, tool-led. People think: “Oh, if I was using this tool, then all my problems would be solved,”  when, actually, you need to be able to create the hypotheses and understand the objectives that the hypotheses are answering.

Alyssa Crankshaw: We give our clients the roadmap, the foundation and the operational structure in which to run campaigns, retention, acquisition or whatever the target may be, which is huge for them. Because when creating everything from scratch, that’s where we often see a lot of overtesting. We love a good test — we’re both marketers — but we only like to test the big things. And sometimes when working with inexperienced people, we see a lot of new tests about the smallest things, which is a waste of time and resources. And there are some other things that are foundational, and you just know which they are if you are an experienced marketer and you have done this so many times in your life.