In early 2021, a Nuro autonomous delivery vehicle pulled to a halt at a four-way stop in its hometown of Mountain View, California to let a user cross. This seemingly humdrum moment quickly looked like a decidedly science fiction storyline — the user was a small sidewalk robot from another startup on its own mission.

“Obviously, we yielded to it, but it was, wow, we have entered a different world,” said Amy Jones Satrom, head of Operations at Nuro.

Mountain View is home to competitor Waymo and other autonomous vehicle testing activity. But for those who want to take part in that science fiction scene, Houston provides the full experience.

Nuro’s operations team has to delicately balance speed, safety, convenience and congestion, even as the company embarks on a growth spurt that will see robots spreading to other cities, states and partners in the months ahead.

Waymo is testing self-driving trucks in Houston, and a fully driverless shuttle service is due to start public service there early next year. Nuro’s Texas effort started in April, when an R2 robot began its commercial pizza delivery service in partnership with Domino’s. Some customers ordering pizzas from the Domino’s Woodland Heights store will see the option to have their pies delivered by robot.

Customers can trace the progress of the self-driving vehicle on the Domino’s app and, when it pulls up outside their home, tap in a unique PIN on its touchscreen to access their order. Nuro is also operating in Houston with Kroger supermarkets and FedEx.

“One of the things we laugh about is how customers constantly talk to the bot,” Dennis Maloney, Domino’s chief innovation pfficer said. “It’s almost like they think it’s ‘Knight Rider.’ It’s very common for customers to thank it or say goodbye, which is great because that indicates we’re creating an engaging experience that they’re not frustrated by.” 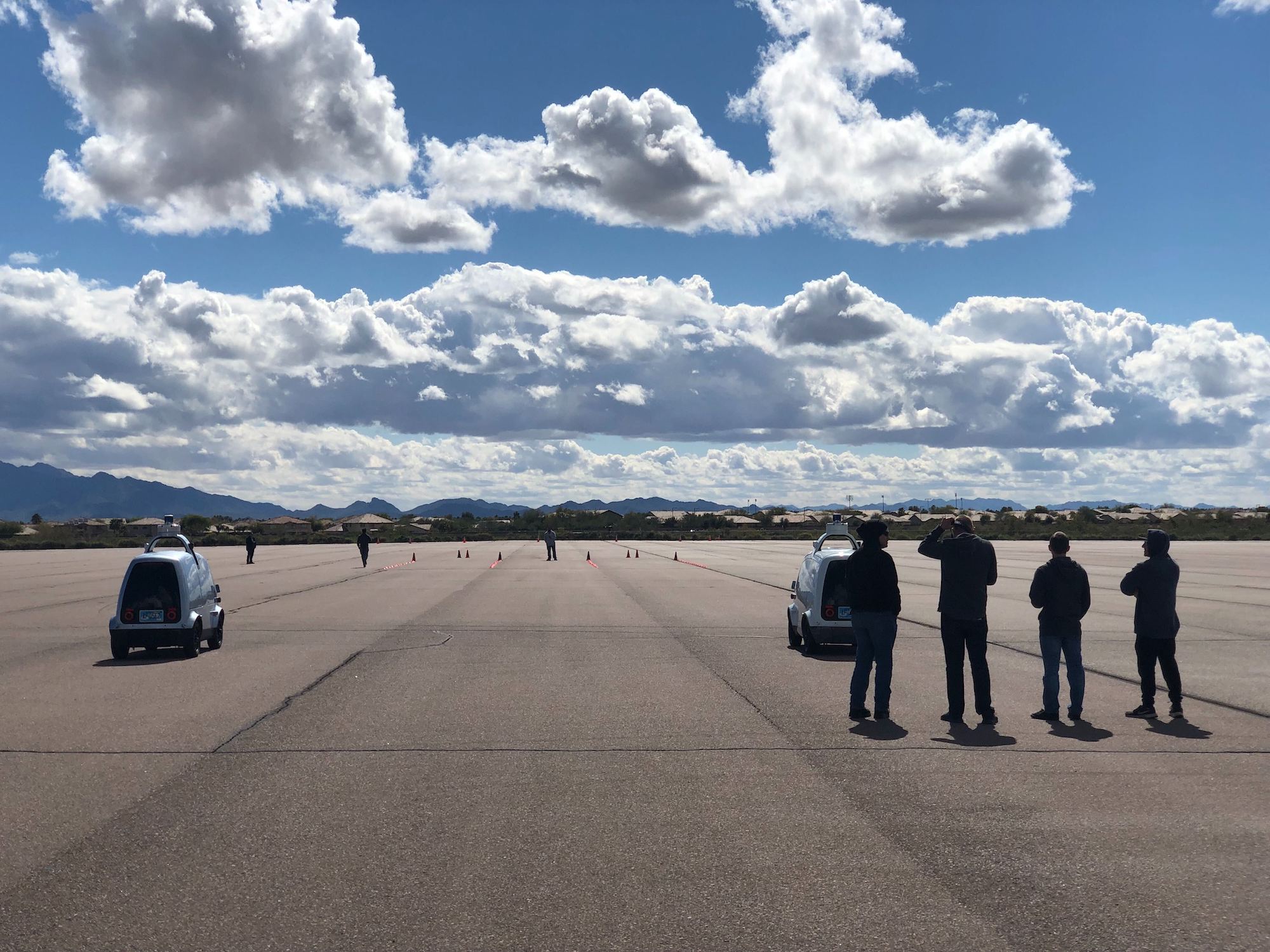 Creating an experience, where people want to chat with their new robot neighbors instead of chasing them down the street with pitchforks, falls to Jones Satrom’s operations team. It has to delicately balance speed, safety, convenience and congestion, even as Nuro embarks on a growth spurt that will see robots spreading to other cities, states and partners in the months ahead.

Here’s how it manages that, and what the future holds for Nuro’s ever-so-gentle robot invasion.

Few people are as well suited to overseeing Nuro’s high-stakes robot rollout as Jones Satrom, who started her career as a nuclear engineer on an aircraft carrier and previously managed the integration of Kiva Systems’ robots into Amazon’s warehouses.