Earlier this year, Nothing launched the Ear (1) with a grand idea: earbuds as fashion accessories. Sure, the company talked a lot about the non-invasiveness of transparent design, but at the end of the day, the product’s launch on StockX betrayed a focus on the fashion forward.

In that respect, Samsung’s new Galaxy Buds 2 are the anti-Nothing. They’re almost aggressively unassuming in their approach. It’s in keeping with previous generations of Buds, but still in stark — and refreshing — contrast for a company that prides itself on creating some of the world’s most ostentatious smartphones. Look no further than the two (!) new foldables launched along with the headphones at the Unpacked event.

Samsung’s almost casual approach to its headphones is something of a mixed blessing. The company could certainly be clearer with the branding of what seems to be an ever-shifting lineup of models. I asked for clarification of how things break down ahead of this week’s launch, and the company responded thusly:

As our premium offering, the Galaxy Buds Pro leverage cutting-edge technology to deliver immersive audio, intelligent Active noise cancelling, and effortless connectivity. For those looking to show off their unique style, the Galaxy Buds Live combine high quality sound with an eye-catching design. 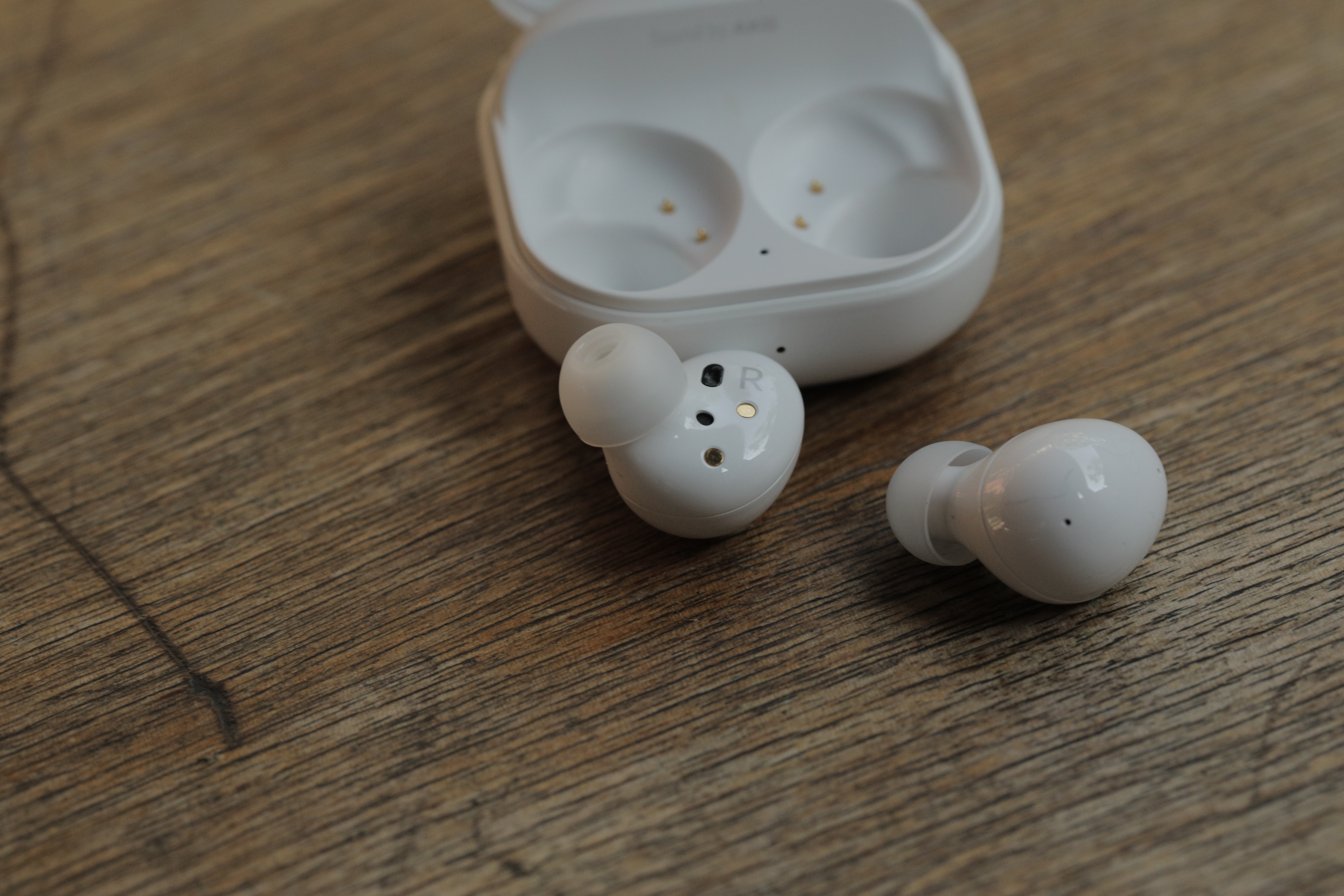 So, the short answer is there are three versions of Galaxy Buds on the market: Buds 2, Buds Pro and Buds Live. The above quote should confirm any suspicion you may have had that the new $149 version of the entry-level Buds make the $170 Buds Live Buds more or less redundant. Barring some major upgrade, they’re probably not long for this world, leaving a clearer two-level offering of the Buds 2 and the higher-end Buds Pro.

I’ve mentioned this before — the world of wireless earbuds were quick to reach a consensus of “pretty good.” Frankly, you’d have to go out of your way to find a bad pair for over $100. And for many or most intents and purposes, I’m inclined to recommend people go with a pair made by the company that made their phone. There’s a definite market advantage in having direct access to a device’s hardware and software.

That, of course, is a decided advantage for a company with as massive a global market share as Samsung. And the Galaxy Buds 2 are the epitome of “pretty good” in the pretty good way. They’re not flashy, and with a design that’s 15% smaller and 20% lighter than the already compact original Galaxy Buds, they’re designed to practically disappear, with minimal surface area exposed. 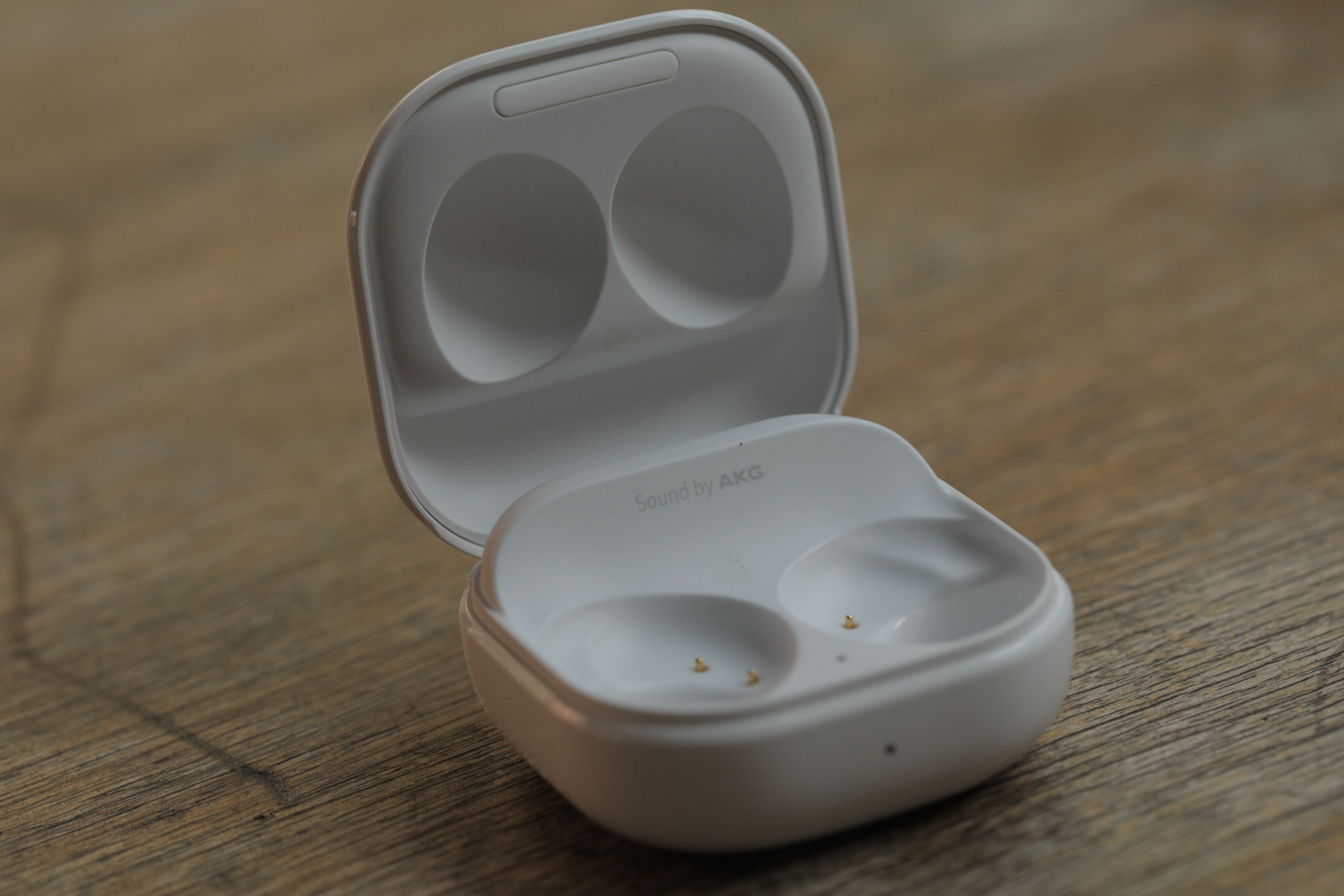 The size and shape makes for an extremely comfortable pair of buds. I’m not sure why I’m blessed with the gift of ear pain with roughly half of the earbuds I try out, but these are ergonomic and designed for the long haul. There’s enough surface area to access the touch control on the exposed side. The biggest downside to the small size is there’s really no way to adjust them in your ear without accidentally triggering that touch. That became a nuisance when I constantly found myself adjusting them to deal with sweaty ears during a run — a bad time to have to worry about dealing with music controls.

The sound is solid, courtesy of Samsung subsidiary AKG. Not exceptional, but pretty much exactly what you need/want out of a pair of $149 buds. I was impressed with the active noise canceling, as well. A perfectly good, totally unexceptional experience — utilitarian, really. Again: in a good way. If better sound is a must, the Pros are an easy upgrade — or else, there’s Nura’s new buds or Sony’s, depending on how lavish you want get. The Buds Pro also bring features like 360 Audio — which is likely only a make-or-break for an exceedingly small number of potential buyers. 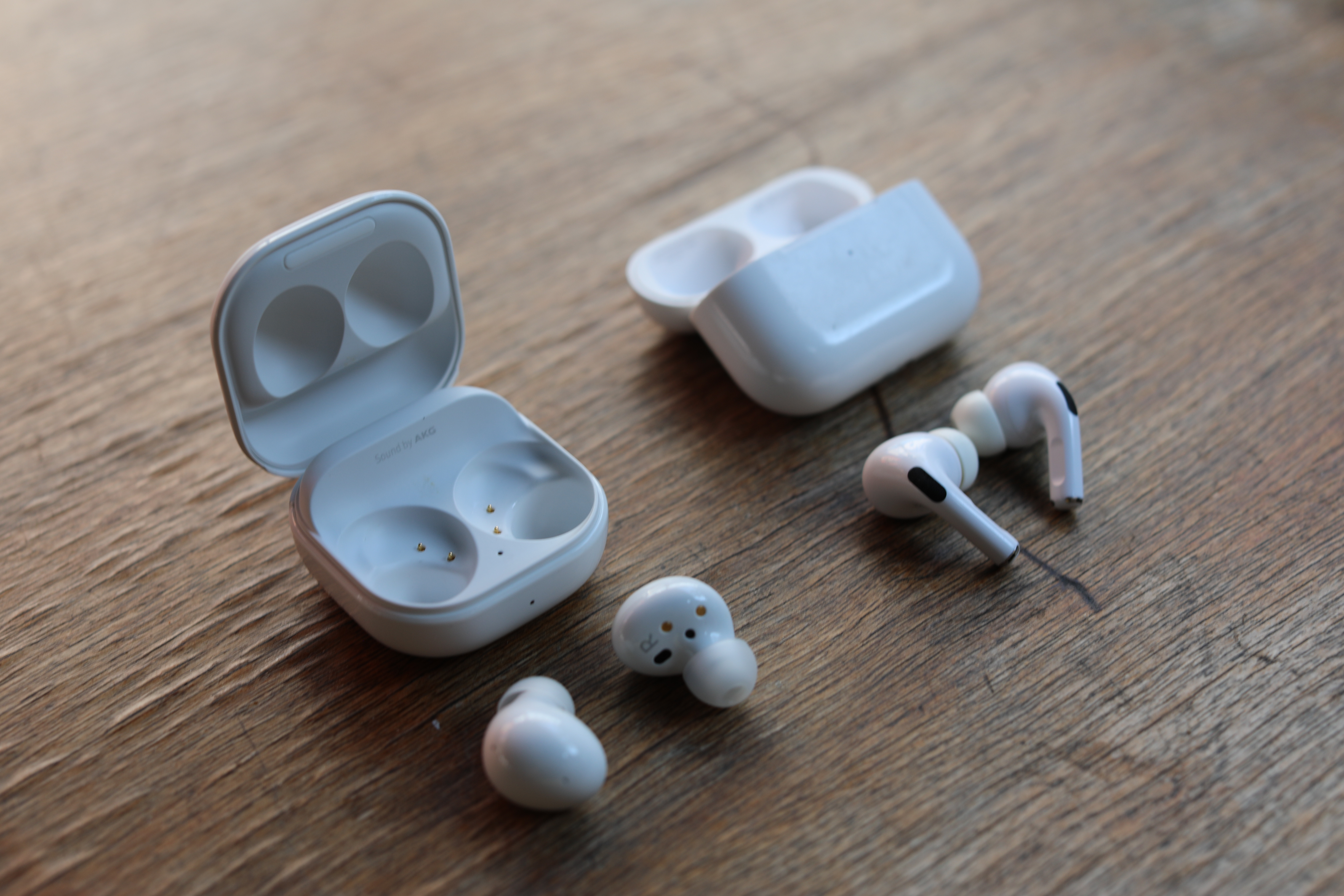 Wireless charging for the case is a welcome touch, which along with ANC, catapults them above a number of other entry-level pairs. The battery is rated five hours with ANC and 7.5 with it off. The glassy little case bumps that up to a respectable 20 hours. The IPX2 water resistance, meanwhile, is good for sweat, but otherwise can be added to the list of things the company can improve next around.

All in all, it’s a pretty short list, however. The Galaxy Buds 2 are solid, unassuming and an easy addition for those in the Samsung Galaxy ecosystem.