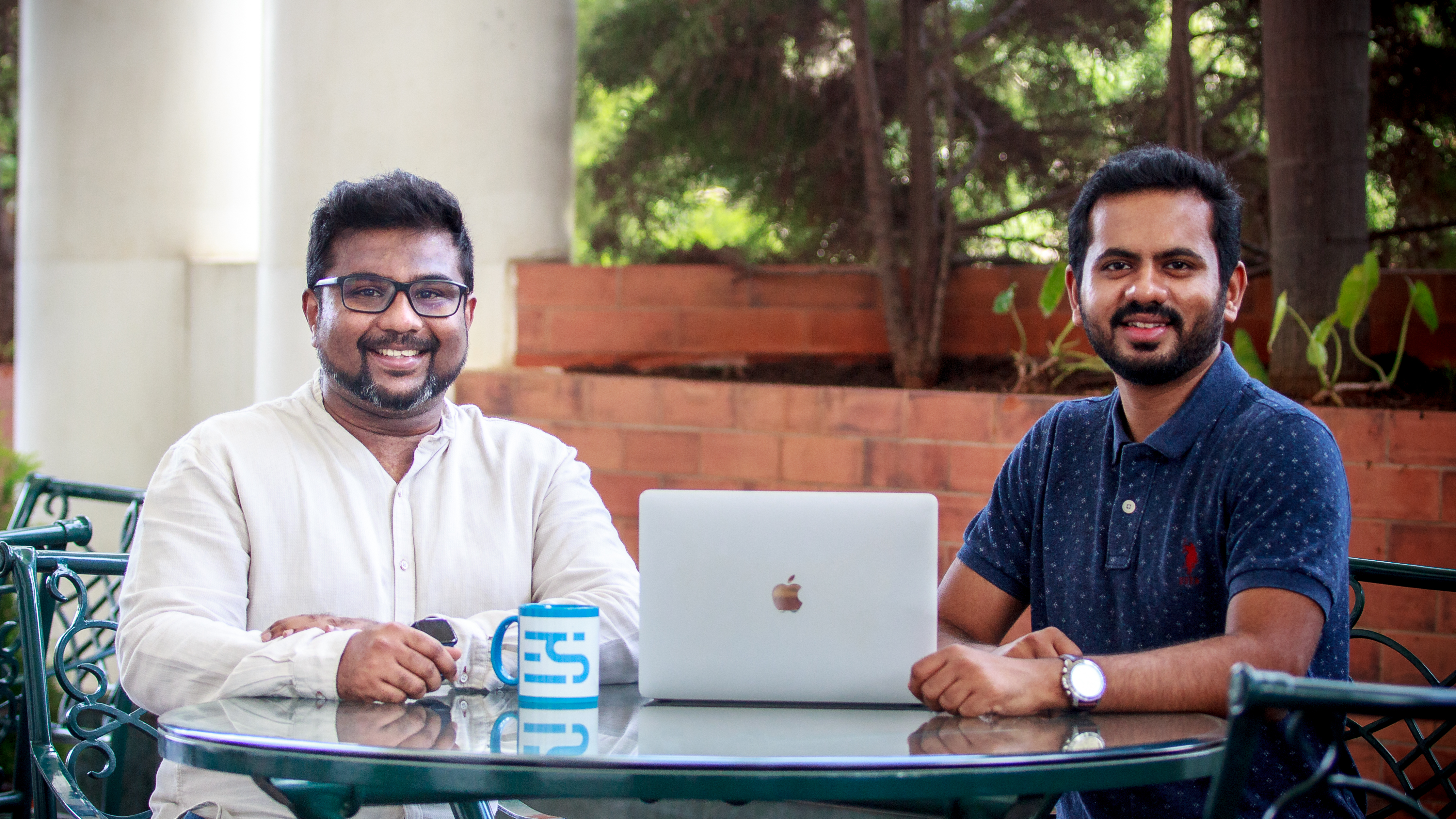 For sales representatives, commissions are a source of motivation — and frustration, too. Commission structures are often complex and become even more labyrinthine as companies grow. “There is a standard fee, then there’s an implementation fee, there could be a multiplier bonus, there could be accelerators when you reach your quota and get higher quota numbers,” explained Siva Rajamani, the co-founder and chief executive officer of no-code sales commission automation platform Everstage. A lot of this is calculated on spreadsheets by finance teams, so salespeople have limited visibility into how much they are earning.

Everstage was created to provide more transparency about sales commissions. Sales representatives and other customer-facing employees get real-time data about their performance. They can also use Everstage to forecast the potential commissions from their deals pipeline, giving them incentive to close more sales. The platform uses a modular system, so as companies grow, they can add more automated commission calculations without having to code anything.

Rajamani told TechCrunch that a lot of early-stage startups put more than 10% of their budget towards commissions.

“Commissions obviously motivate and drive performance from these teams, but what started as a way to motivate gradually became a point of distrust because none of these folks had visibility into how they’re getting paid,” he said. “Plans got complex, and pretty much any salesperson you speak to at these companies will say they have their own shadow accounting.”

“Shadow accounting” means salespeople keep their own records of the deals they close and calculate commissions by themselves. But the process can be tedious, especially if their calculations don’t match financial teams. This problem has been exacerbated by the COVID-19 pandemic, because salespeople can’t walk over to the finance department and ask about the status of their commissions.

Sometimes this results in high turnover as frustrated salespeople leave for companies that offer them more clarity about their earnings potential.

“People want to choose companies that are very transparent about their commissions process and how their quotas are set, because that’s the only way they can assure themselves they can make money,” Rajamani said. “Otherwise promises made on paper are just on paper.” 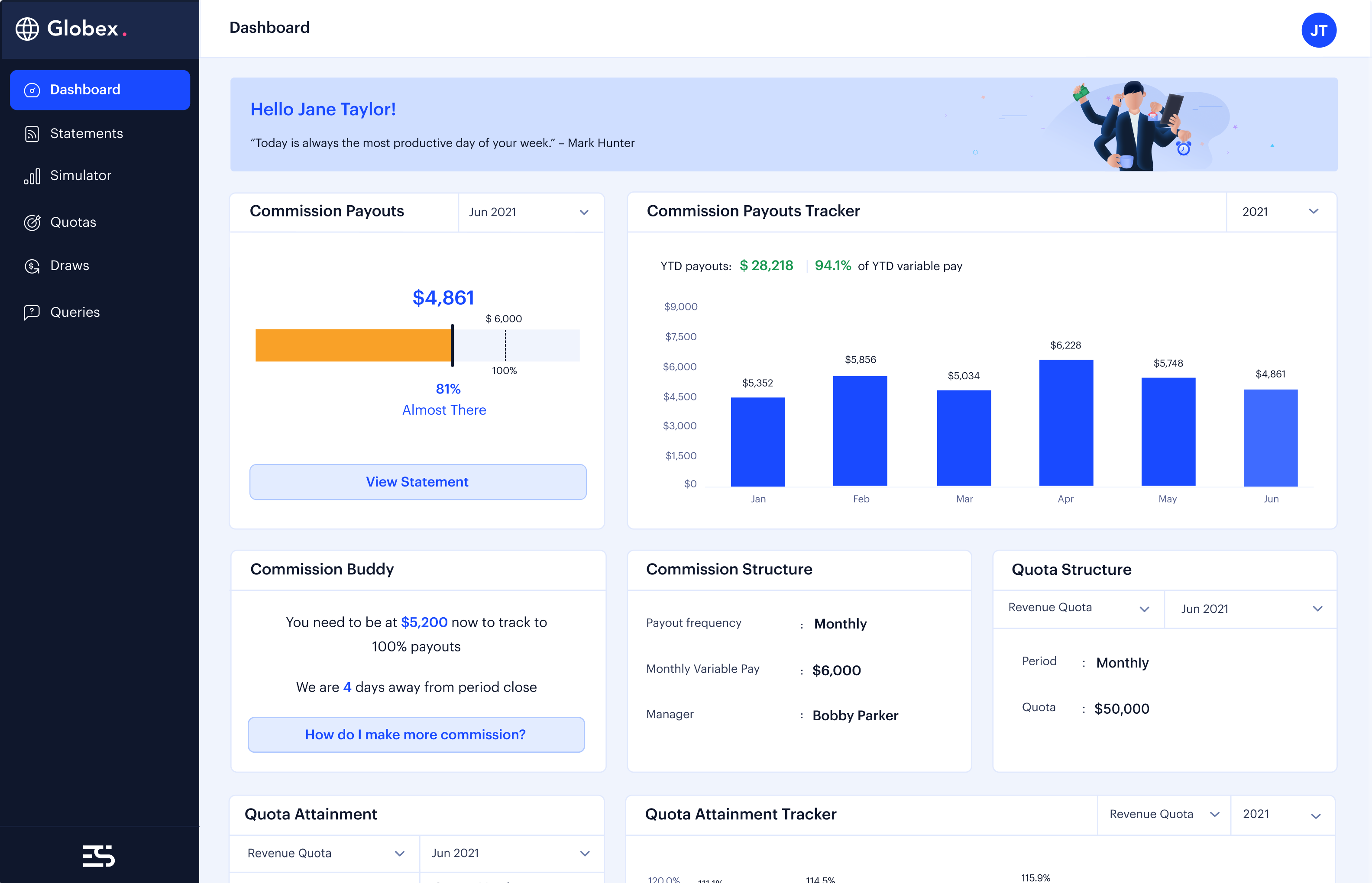 Having visibility also motivates people. Everstage’s gamification features allows salespeople to look at their current quotas and deals pipeline, and forecast how much they can potentially earn, broken down by their commission plans, including deal attainment, implementation fees and multiplier bonuses.

“At the end of the day, incentives and particular criteria, like multiplier bonuses, drive salespeople to close more contracts, or multiyear contracts,” Rajamani said. “If they can see how much more commission they can make if they close a deal as a multiyear contract, then it’s an added incentive.”

Everstage currently works primarily with SaaS companies, but also sees inbound interest from insurance, real estate, pharmaceuticals and biotech. The platform is sector agnostic and can be customized for different types of commission plans.

Rajamani notes that sales commissions management software is not a new area. For example, players like SAP CallidusCloud and Xactly have been around for years.

Over the last year, newer sales commissions platforms have also raised, including CaptivateIQ and Spiff. This is in part because many high-growth companies have adjusted incentives for their sales team as they work remotely during the pandemic.

There is some overlap between Everstage’s features and its competitors, but its main differentiators are its modular approach and emphasis on gamification. “We want to go beyond automating busywork for revenue operations and finance, and move toward the gamification aspect, so the gamification is an additional module,” he said. “Other indicators—quota setting and overall company targets broken down by percentage, managers, regions — all those are also there.”

In a statement about the funding, 3One4 Capital Anurag Ramdasan said, “As customer acquisition and retention have increased in complexity with more roles and workflows than ever, Rev Ops teams have become mandatory to align incentives and drive revenue. With their considerable experience, the Everstage founding team is well positioned to help Rev Ops teams succeed, starting with real-time commission planning and visibility, and we’re excited to partner with them.”