Doxel, which has developed software that uses computer vision to help track and monitor progress on construction job sites, announced today that it has raised $40 million in Series B funding.

Insight Partners led the round, which included participation from existing backers Andreessen Horowitz (a16z) and Amplo and brings the startup’s total raised to $56.5 million since its December 2015 inception. A16z has participated in each of Doxel’s rounds — from seed to Series B. In addition to its institutional investors, Robinhood CEO Vladimir Tenev also put money in Doxel’s Series A round as an angel.

Co-founder and CEO Saurabh Ladha said he could not disclose the valuation at which the capital was raised, but that it was “over a 4x multiple” from its $12 million Series A in early 2020. He described the Series B as an “opportunistic raise.”

“We raised because we could, at a phenomenal valuation. The full series A is still in the bank. We didn’t touch it even,” he told TechCrunch. “Our growth and bookings traction has actually been so high that we’ve been cash flow neutral in that period of time.

Ladha was inspired to start Doxel after his family nearly suffered from financial catastrophe after a two-year delay on a major construction project in India in which his father was involved.

“I almost thought we’d lose our house. It was the first time I was made aware of the impact construction can have on livelihoods,” Ladha told TechCrunch. “Even as a child, I realized that predictability is what keeps projects on time and on budget.”

Twenty years later, when Ladha graduated from Stanford University, he learned that 90% of projects are delayed and delivered over budget.

Ladha then teamed up with Robin Singh, Doxel’s CTO, in 2015 to found Doxel to build a “computer-vision-powered predictive analytics platform” designed to help owners and contractors “navigate problems before they happen.” Or put more simply, Doxel is building what it describes as the “Waze for Construction” platform.

The company’s biggest differentiator from competitors, according to Ladha, is that it provides forward-looking insight on the construction field.

Doxel, Ladha added, does monitoring for project teams, so they can focus on solving problems rather than on finding them.

“Our predictive analytics gives building owners and general contractors a way to identify critical risk factors that threaten to derail their project before they even know the risks exist,” he said. “So they are not finding out about problems when it’s too late to actually solve them.”

The premise is that by the time potential risk factors are discovered, it’s too late and cost overruns and project delays are unavoidable. Over the years, with all the data it has gathered, Doxel has built out what it describes as a “Construction Encyclopedia” that helps it in identifying those potential risk factors. 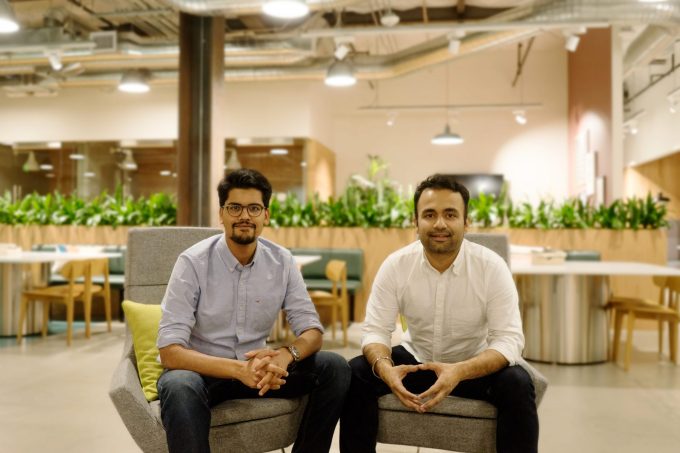 The company claims that its technology has helped its customers come in up to 11% below budget on projects and see an average 38% increase in productivity, according to Ladha.

Doxel’s platform works by tapping into multiple real-time data sources on a project, such as 360-degree images, Building Information Models (BIM) — also known as 3D designs — as well as budget and schedule in an effort to provide both predictability and control to building owners and contractors. The goal is to help prevent a domino effect of delays and heightened costs, so that building owners and contractors are better able to stay on time and on budget.

“Other companies don’t bridge all silos across field, accounting and schedule management,” Ladha said. “These are three disparate entities that operate separately and without the knowledge silos being bridged.”

Besides cost overruns, the loss of revenue associated with projects not being available for use per plan is exponentially disastrous, Ladha noted. For example, a multifamily developer expecting to make money by selling or renting condo units will lose income the longer it takes for project completion.

Over time, Doxel says it has tracked tens of billions of capital expenditures for “a diverse group” of Fortune 500 companies, including Kaiser Permanente and Royal Dutch Shell. Doxel claims to have saved companies “tens of millions” of dollars with its predictive technology.

“Our users are senior execs tasked with making multibillion-dollar decisions with little information on a week to week basis,” Ladha said. “They need to know if they are on cost and on time.”

Nikhil Sachdev, managing director at Insight Partners, said his firm was really excited about the size of the problem Doxel is going after in addition to the traction the company has “with some of the world’s largest enterprises, and their highly defensible AI-first software.”

Conversations with customers revealed that prior to using Doxel’s technology, they did not have a way to accurately predict the future state of their construction projects.

“Most construction management software tools are still dependent on manual data entry or photos tagged to blueprints, which requires weeks of manual mining to extract insights on a project’s cost & schedule performance,” Sachdev wrote via email. “Doxel is the only tool we’ve found that can ingest all of the relevant data, process it using their AI, and make the leap to what the project will look like in the future.”

Looking ahead, Redwood City, California-based Doxel plans to use its new capital to scale its platform and hire across its engineering, sales, marketing and product staff. Currently, Doxel has 75 employees across offices in the U.S. and Bangalore. It’s looking to roughly double the size of its team over the next year.