Will Clem knows all too well about restaurant workers not showing up for a shift. At least one person would have car trouble or need to stay home with sick children, and it became a common occurrence on the weekends for the co-founder of Memphis Meats and owner of Baby Jacks BBQ in Memphis.

Needing to fill a shift one Friday night, Clem decided to prop his laptop in the drive-thru lane of one of his restaurants and took orders from home by remoting into the system. No one noticed that he wasn’t actually taking orders from the kitchen itself. Thus came the idea for Bite Ninja, a remote hiring technology platform for restaurants.

Clem connected with Orin Wilson to start the company in 2020 and worked for a year on the technology before launching it in March. Today, the company announced $675,000 in pre-seed funding led by Y Combinator, AgFunder and Manta Ray.

With many restaurants unable to find workers as a result of the global pandemic, Clem and Wilson wanted to build a technology that would enable restaurants to go back to normal operating hours, or even reopen their stores. At the same time, the workers, or “Ninjas” as they are referred to, can work the drive-thru or counter for a lunch or dinner rush shift from home, but appear on-screen to customers via menu boards, Wilson said. 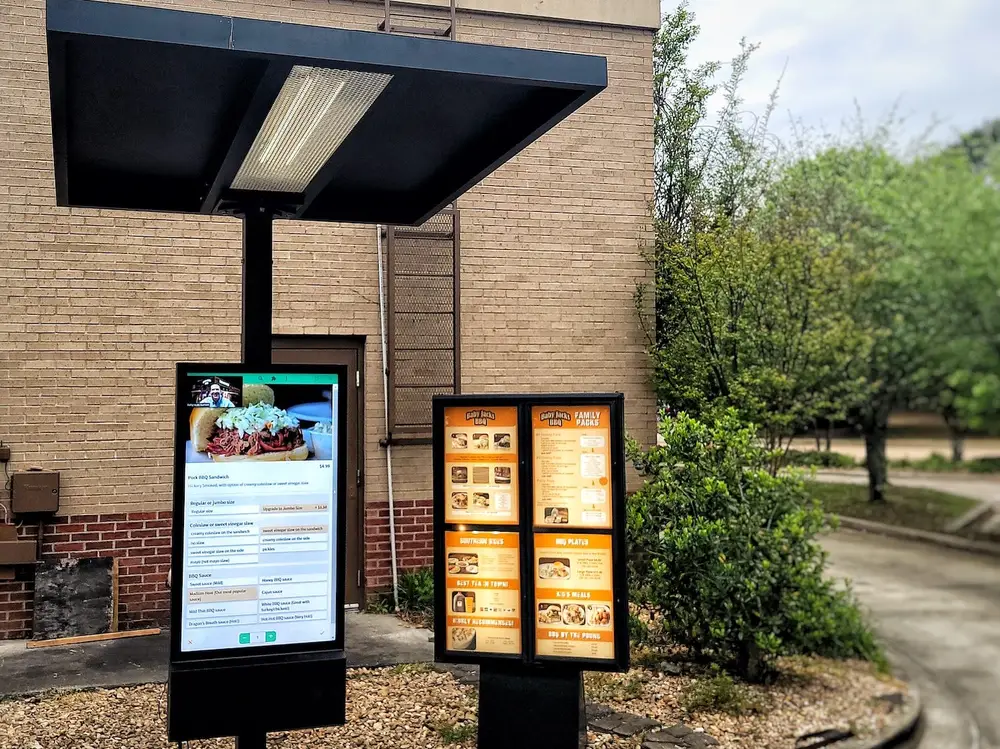 “When a restaurant is slammed, you need an army of people to work the rush, but it is not reasonable to ask them to get in their uniform and get in their cars, last-minute, to clock in for just an hour or two,” he added. “They have control of their schedule and can pick the right shift for them. It is so popular that we typically have five to 10 people bidding on each shift.”

Bite Ninja is providing a better experience and reaches potential workers that would not necessarily have an interest in performing fast food work. Many of the 3,000 Ninjas already working with the company are stay-at-home moms and retirees with customer service experience, but who can’t physically come into a store, Clem said. In addition, the company is working with the Nurse-Family Partnership to help women get back into the workforce.

The company initially ran three pilot programs and has expanded services to curbside and front cashier stations. The funding will enable Bite Ninja to scale initiatives, hire additional software engineers and prepare for a rollout at national food chains.

Since launching earlier this year, Bite Ninja is already being used in a few thousand stores.

Manuel Gonzalez, partner at AgFunder, said restaurants are a big part of entrepreneurship, but the pandemic forced more than 110,000 of them out of business.

“Bite Ninja’s solution is one that decreases costs to restaurant owners, but increases the income of the worker,” he said. “It also helps entrepreneurs and the community because restaurants are important for economic, cultural, community and social points of view.”