Just months after raising $28 million, Jerry announced today that it has raised $75 million in a Series C round that values the company at $450 million.

Existing backer Goodwater Capital doubled down on its investment in Jerry, leading the “oversubscribed” round. Bow Capital, Kamerra, Highland Capital Partners and Park West Asset Management also participated in the financing, which brings Jerry’s total raised to $132 million since its 2017 inception. Goodwater Capital also led the startup’s Series B earlier this year. Jerry’s new valuation is about “4x” that of the company at its Series B round, according to co-founder and CEO Art Agrawal.

“What factored into the current valuation is our annual recurring revenue, growing customer base and total addressable market,” he told TechCrunch, declining to be more specific about ARR other than to say it is growing “at a very fast rate.” He also said the company “continues to meet and exceed growth and revenue targets” with its first product, a service for comparing and buying car insurance. At the time of the company’s last raise, Agrawal said Jerry saw its revenue surge by “10x” in 2020 compared to 2019.

Jerry, which says it has evolved its model to a mobile-first car ownership “super app,” aims to save its customers time and money on car expenses. The Palo Alto-based startup launched its car insurance comparison service using artificial intelligence and machine learning in January 2019. It has quietly since amassed nearly 1 million customers across the United States as a licensed insurance broker.

“Today as a consumer, you have to go to multiple different places to deal with different things,” Agrawal said at the time of the company’s last raise. “Jerry is out to change that.”

The new funding round fuels the launch of the company’s “compare-and-buy” marketplaces in new verticals, including financing, repair, warranties, parking, maintenance and “additional money-saving services.” Although Jerry also offers a similar product for home insurance, its focus is on car ownership.

Agrawal told TechCrunch that the company is on track to triple last year’s policy sales, and that its policy sales volume makes Jerry the number one broker for a few of the top 10 insurance carriers.
“The U.S. auto insurance industry is an at least $250 billion market,” he added. “The market opportunity for our first auto financing service is $260 billion. As we enter more car expense categories, our total addressable market continues to grow.” 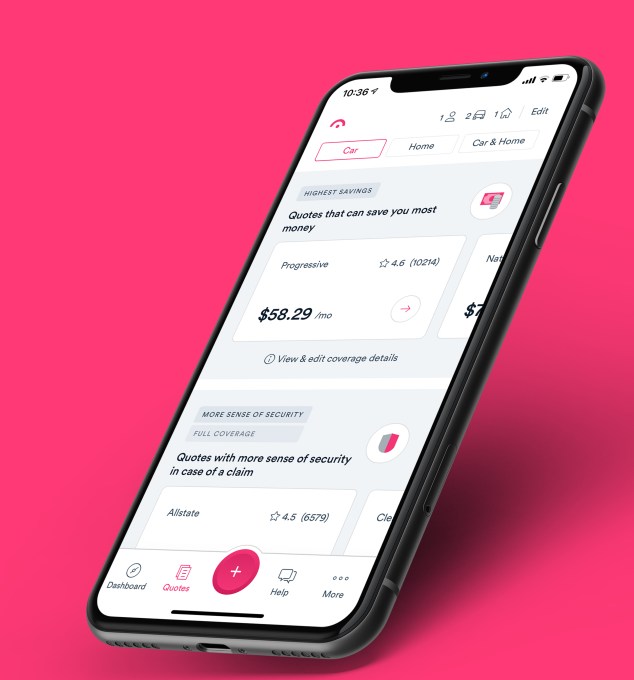 “Access to reliable and affordable transportation is critical to economic empowerment,” said Rafi Syed, Jerry board member and general partner at Bow Capital, which also doubled down on its investment in the company. “Jerry is helping car owners make the most of every dollar they earn. While we see Jerry as an excellent technology investment showcasing the power of data in financial services, it’s also a high-performing investment in terms of the financial inclusion it supports.”

CEO Agrawal agrees, noting that Jerry’s high-performing annual recurring revenue model has made the company “attractive to investors” in addition to the fact that the startup “straddles” the auto, e-commerce, fintech and insurtech industries.

“We recognized those investment opportunities could drive our business faster and led to raising the round earlier than expected,” he told TechCrunch. “We’re eager to launch new categories to save customers time and money on auto expenses and the new investment shortens our time to market.”

Agrawal also believes Jerry is different from other auto-related marketplaces out there in that it aims to help consumers with various aspects of car ownership (from repair to maintenance to insurance to warranties), rather than just one. The company also believes it is set apart from competitors in that it doesn’t refer a consumer to an insurance carrier’s site so that they still have to do the work of signing up with them separately, for example. Rather, Jerry uses automation to give consumers customized quotes from more than 45 insurance carriers “in 45 seconds.” The consumers can then sign on to the new carrier via Jerry, which can then cancel former policies on their behalf.

Jerry makes recurring revenue from earning a percentage of the premium when a consumer purchases a policy on its site from carriers such as Progressive.