Trendyol, an e-commerce platform based in Turkey, has raised $1.5 billion in a massive funding round that values the company at $16.5 billion. General Atlantic, SoftBank Vision Fund 2, Princeville Capital and sovereign wealth funds, ADQ (UAE) and Qatar Investment Authority co-led the round.

The deal marks SoftBank’s first in the country.

The new financing also makes Trendyol Turkey’s first decacorn, and among the highest-valued private tech companies in Europe. It comes just months after strategic — and majority — backer Alibaba invested $350 million in the company at a $9.4 billion valuation.

Founded in 2010, Trendyol ranks as Turkey’s largest e-commerce company, serving more than 30 million shoppers and delivering more than 1 million packages per day. It claims to have evolved from marketplace to “superapp” by combining its marketplace platform (which is powered by Trendyol Express, its own last-mile delivery solution) with instant grocery and food delivery through its own courier network (Trendyol Go), its digital wallet (Trendyol Pay), consumer-to-consumer channel (Dolap) and other services. 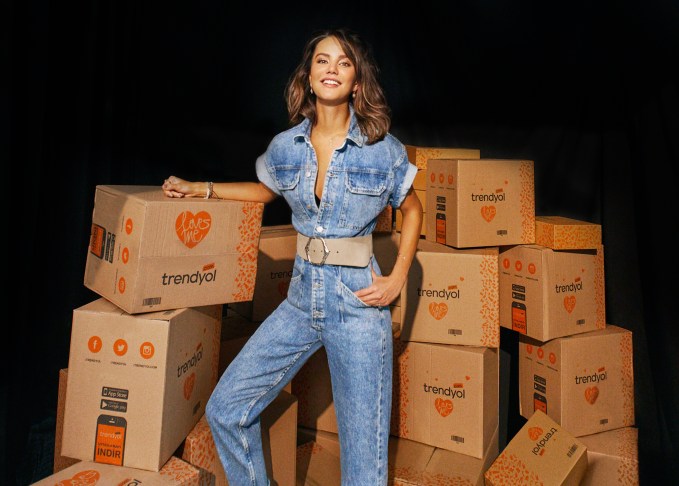 Trendyol founder Demet Suzan Mutlu said the new capital will go toward expansion within Turkey and globally. Specifically, the company plans to continue investing in nationwide infrastructure, technology and logistics and toward accelerating digitalization of Turkish SMEs. She said the company was founded to create positive impact and that it intends to continue on that mission.

Evren Ucok, Trendyol’s chairman,  added that part of the company’s goal is to create new export channels for Turkish merchants and manufacturers.

Melis Kahya Akar, managing director and head of consumer for EMEA at General Atlantic, said that Trendyol’s marketplace model — ranging from grocery delivery to mobile wallets — “brings convenience and ease to consumers” in Turkey and internationally.

“Turkey is one of the fastest growing economies in the world and benefits from attractive demographics, with a young population that is very active online,” wrote General Atlantic’s Kahya Akar via e-mail. “We expect its already sizable e-commerce market –$17 billion in 2020 – to continue to grow meaningfully on the back of growing online penetration. We think Trendyol is ideally positioned to meet the needs of consumers in Turkey and around the world as the company expands.”

A 2020 report by JPMorgan found that e-commerce represented only 5.3% of the overall Turkish retail market at the time but that Turkish e-commerce had notched impressive leaps in revenues in recent years: 2018 alone saw the market jump by 42%, followed by 31% in 2019. As of 2020, 67% of the Turkish population were making purchases online.