UpGrad, a Bangalore-based startup that specializes in higher education and upskilling courses, hit a valuation of $1.2 billion with a $185 million funding round Monday as global investors plow record capital into firms in the world’s second-largest internet market.

Singapore’s Temasek led the financing round while the World Bank’s International Finance Corporation and IIFL participated. The first tranche of this unnamed round — about $120 million — was completed in April this year at a valuation of over $600 million.

“We are pleased with the investor interest ever since we opened up for fundraise and had our maiden raise from Temasek, followed by IFC and IIFL in the last 60 days,” said Ronnie Screwvala (pictured above), co-founder and chairperson of upGrad, in a statement.

Six-year-old UpGrad, which in recent months has pushed for expansion in international markets, offers students over 100 courses in data science, machine learning, artificial intelligence, blockchain, finance, programming and law in collaboration with universities such as Michigan State University, the IIT Madras and IIT Delhi, and Swiss School of Business Management, Geneva. 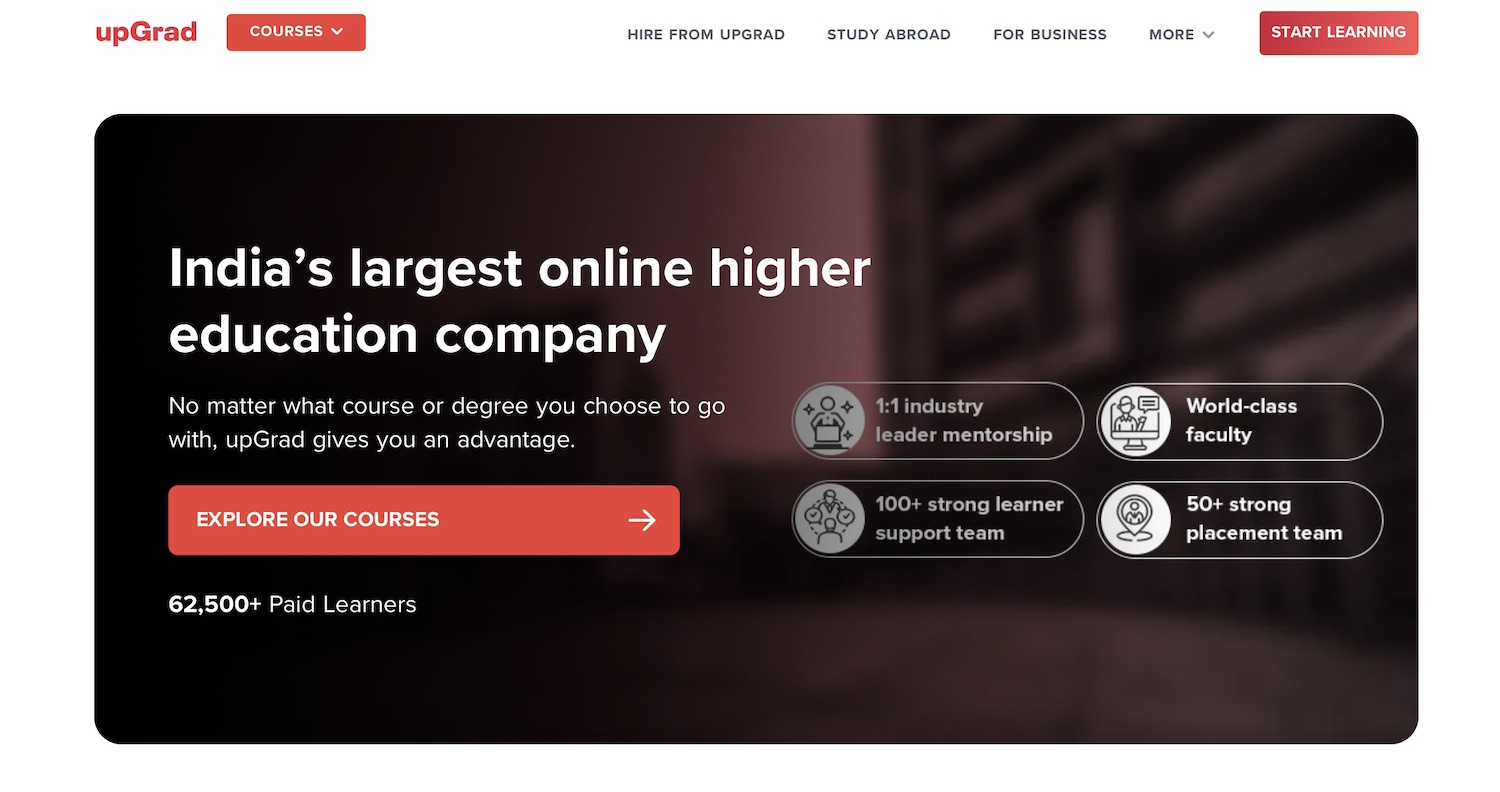 More than a million users from over four dozen nations have accessed the platform’s courses, the startup said. On its website, UpGrad says it has over 62,000 paid students. These courses cost between $3,300 to $6,750 and run for six months to two years.

UpGrad is among the scores of Indian edtech startups that has reported skyrocketing growth in recent quarters as students move online following the shutting of schools due to the pandemic.

SoftBank and Tiger Global-backed Unacademy was valued at $3.44 billion in a $440 million fundraise it unveiled last Monday. GGV Capital-backed Vedantu is in advanced stages of talks to finalize a new round that is poised to crown it the unicorn title, TechCrunch reported last week. Byju’s, which has raised over $1.5 billion in the past one year or so, is India’s most valuable startup.

Screwvala said UpGrad will deploy the fresh funds to explore merger and acquisition opportunities. Screwvala, who pioneered the cable television business in the South Asian market and also produced several Bollywood blockbusters, sold his entertainment conglomerate UTV to Disney at an enterprise valuation of $1.4 billion in 2013.

UpGrad is the 21st Indian startup to become a unicorn this year, up from 11 last year. In recent quarters, high-profile investors such as Tiger Global, SoftBank Vision Fund 2, Falcon Edge and Temasek have doubled down on their bets on India.