James Evans, Richard Freling and Vinay Ayyala, co-founders at CommandBar, were working on a software product when they hit a wall while trying to access certain functionalities within the software.

That’s when the lightbulb moment happened and, in 2020, the team shifted to building an embeddable search widget to make software easier to use.

“We thought this paradigm feels like it could be useful, but it is hard to build well, so we built it,” Evans told TechCrunch.

On Monday, CommandBar emerged from beta and announced its $4.8 million seed round, led by Thrive Capital, with participation from Y Combinator, BoxGroup and a group of angel investors including, AngelList’s Naval Ravikant, Worklife Ventures’ Brianne Kimmel, StitchFix president Mike Smith and others.

CommandBar’s business-to-business tool, referred to as “command k,” was designed to make software simpler and faster to use. The technology is a search interface that sits on top of web-based apps so that users can access functionalities by searching simple keywords. It can also be used to boost new users with recommended prompts like referrals. 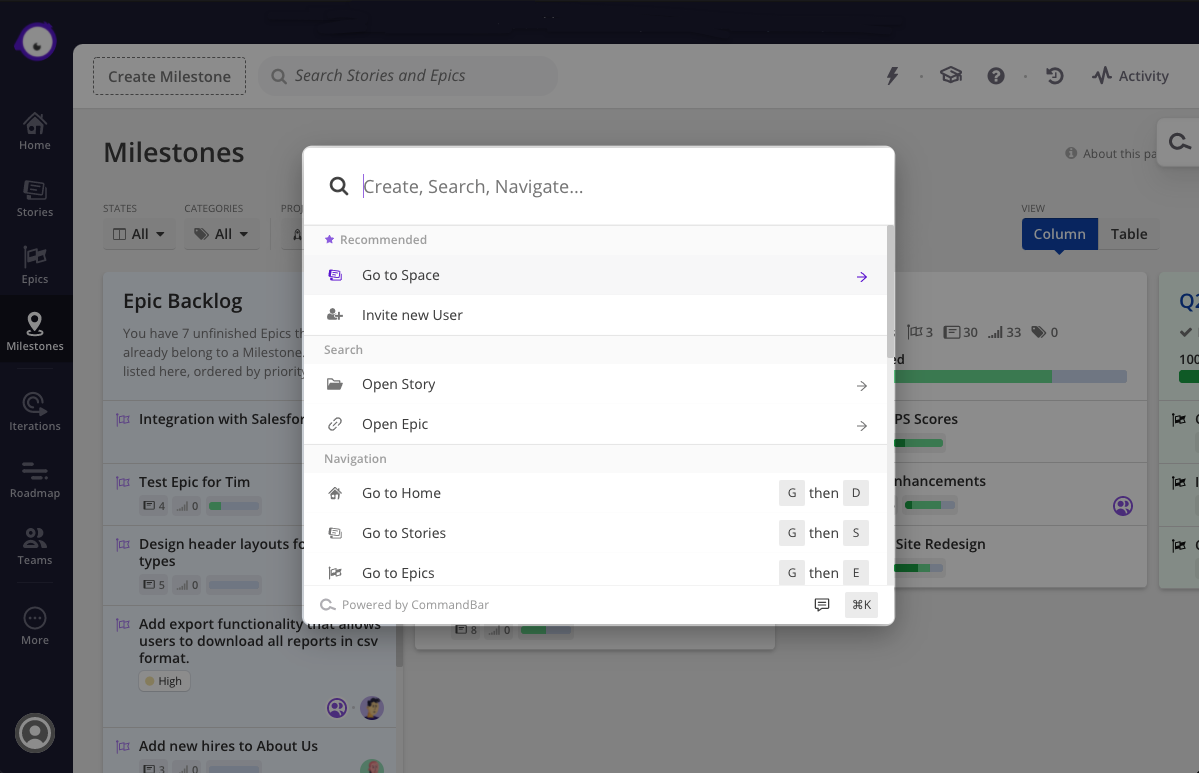 Companies integrate CommandBar by pasting in a line of code and using configuration tools to quickly add commands relevant to their apps. The product was purposefully designed as low-code so that product and customer success teams can add configurations without relying on engineering support, Evans said.

Initially, it was a difficult sell: One of the more challenging parts in the early days of the company was helping customers and investors understand what CommandBar was doing.

“It was hard to describe over the phone, we had to try to get people on Zoom so they could see it,” he said. “It is easier now to sell the product because they can see it being used in an app. That is where many new users come from.”

CommandBar is already being used by companies like Clubhouse.io, Canix and Stacker that are serving hundreds of thousands of users. The most common use case for CommandBar so far is onboarding new software users.

He intends to use the new funding to grow the team, hiring across engineering, sales and marketing. The beta testing was successful in receiving good feedback from the early customers, and Evans wants to reflect that in new products and functionalities that will come out later this year.

Vince Hankes, an investor at Thrive Capital, was introduced to CommandBar through one of its pre-seed investors.

His interest is in B2B software companies and applications, and one of the things that became obvious to him while looking into the space was the natural tension between the simplicity and functionality of apps.

Apps are sometimes hard for even a power user to navigate, he said, but CommandBar makes something as simple as resetting a password easier by being able to search for that term and go right to that page if it is configured that way by the company.

“The types of companies interested in their product are impressive,” Hankes said. “We began to see demand from a broad range of companies that weren’t obvious. In fact, they are using CommandBar as a tool for deeper customer engagement.”