Canopy Servicing announced this morning it recently closed a $15 million Series A. The startup sells software to fintechs and others, allowing customers to create loan programs and service the resulting products.

The company raised a $3.5 million seed round in 2020. Canaan led its Series A, with participation from Homebrew, Foundation and BoxGroup, among others. Per Canopy, its valuation grew by 5x from its seed round to its Series A.

The company has raised $18.5 million to date.

So far this reads much like any other post announcing a new startup funding round, kicking off with an array of information concerning the round and who chipped into the transaction. Next, we’d probably note the competitors, growth and what investors in the company in question have to say about their recent purchase. This morning, however, I want to riff a bit on the future of fintech and how the financial tech stack of the future may be built.

TechCrunch chatted with Canopy CEO Matt Bivons last week. He has an interesting take on where fintech is headed. Let’s discuss it and work through what Canopy does.

As with many startups, Canopy was built to scratch an itch. Bivons had run into issues regarding loan servicing in prior jobs. He went on to found a startup that aimed to build a student credit card. But after working on that project, Bivons and co-founder Will Hanson pivoted the company to a B2B-focused concern building loan servicing technology.

Behind the decision was market research undertaken by the Canopy crew that uncovered that a great number of fintech startups wanted to get into the credit market. That makes sense; credit products can provide far more attractive economics to fintech startups than, say, checking and savings accounts. Knowing that loan servicing was a bear and a half to manage, Canopy decided to focus on it.

Bivons framed Canopy as a modern API for loan servicing that can be used to create and manage loans at any point in their lifecycle. He noted that what the startup is doing is akin to what several successful fintech companies have done, namely taking a piece of the fintech world and making it better for developers.

This is where Bivons’ view of the future of fintech products comes into play. According to the CEO, in the future, companies will not buy a monolithic financial technology stack. Instead, he thinks, they will buy the best API for each slice of the fintech world that they need to implement. This matters because we could argue that Canopy is targeting too small a product space. Not that its market isn’t large — debt and its servicing are massive problem spaces — but seeing a company find a niche to focus on makes more sense when its leaders expect focused fintech products to win out over large bundles of services.

Bivons added that much of the fintech focus of the last five years has been on debit, citing Chime, Step and Greenlight as examples. The next decade, he said, is going to focus on credit products. That would be good news for Canopy. 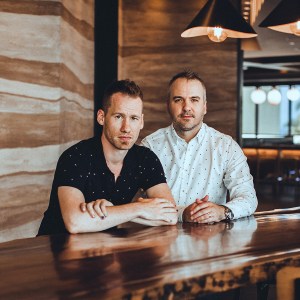 Critically, and for the finance nerds out there, Bivons told TechCrunch that its loan servicing technology does not require the company to take on any credit risk, and that it has gross margins of around 90%. I never trust a too-round number, but the figure indicates that what Canopy has built could grow into an attractive business.

Today, Canopy is a traditional SaaS, though Bivons said that it wants to move toward usage-based pricing in time. Its service costs around 50 cents per account per month, or around $6 per year in its current form. Today, around 40% of Canopy’s customers are seed and Series A-scale startups, though Bivons noted that it is moving up the customer size chart over time.

The resulting growth is impressive. Canopy’s customer count grew 4.5x from February to May of 2021. Of course, Canopy is a young company, so its overall customer base could not have been massive at the start of the year. Still, that’s the sort of growth that makes investors sit up and pay attention, making the Canopy Series A somewhat unsurprising.

Fintech growth doesn’t seem to be slackening much, meaning that the market for what Canopy is selling should expand. Provided that its view that best-of-breed, more particular fintech products will beat larger stacks in the market, it could have an interesting trajectory ahead of it. And now that it has raised its Series A, we can start to annoy it with more concrete questions about its growth from here on out.