Drones are neat and fun and all that good stuff (I should probably add the caveat here that I’m obviously not referring to the big, terrible military variety), but when it comes to quadcopters, there’s always been the looming question of general usefulness. The consumer-facing variety are pretty much the exclusive realm of hobbyists and imaging.

We’ve seen a number of interesting applications for things like agricultural surveillance, real estate and the like, all of which are effectively extensions of that imaging capability. But a lot can be done with a camera and the right processing. One of the more interesting applications I’ve seen cropping up here and there is the warehouse drone — something perhaps a bit counterintuitive, as you likely (and understandably) associate drones with the outdoors.

Looking back, it seems we’ve actually had two separate warehouse drone companies compete in Disrupt Battlefield. There was IFM (Intelligent Flying Machines) in 2016 and Vtrus two years later. That’s really the tip of the iceberg for a big list of startups effectively pushing to bring drones to warehouses and factory floors.

The list now also includes Corvus Robotics, a YC-backed startup presumably named for the genus of birds that includes surprisingly intelligent species like crows and ravens (though, presumably, these ones don’t also travel together in murders). The company calls its offering “the world’s first unmanned warehouse inventory drones,” which is potentially disputable.

But the offering is interesting, nonetheless, effectively flying around to scan pallets for inventory purposes. According to a piece from IEEE Spectrum, the level-four autonomous drone network is capable of scanning 200 to 400 pallets an hour, including the downtime spent recharging (flying is hard work).

Speaking of that industry holy grail of full warehouse automation, Third Wave Automation just announced a $40 million Series B, led by Norwest Venture Partners and featuring Innovation Endeavors, Eclipse and Toyota Ventures. The latter has been working with the Bay Area-based startup to develop an autonomous forklift — because, among other things, forklift accidents hurt a lot of people every year.

We’ve covered just about every kind of robot there is. But all of these robots that we built ended up, you know, sitting in a closet somewhere because ultimately, Google or, in my case, Sun Microsystems, would decide it’s not worth scaling it out because it’s not the core business, or some other reason.

The company plans to have 100 units out in the world by the end of next year. 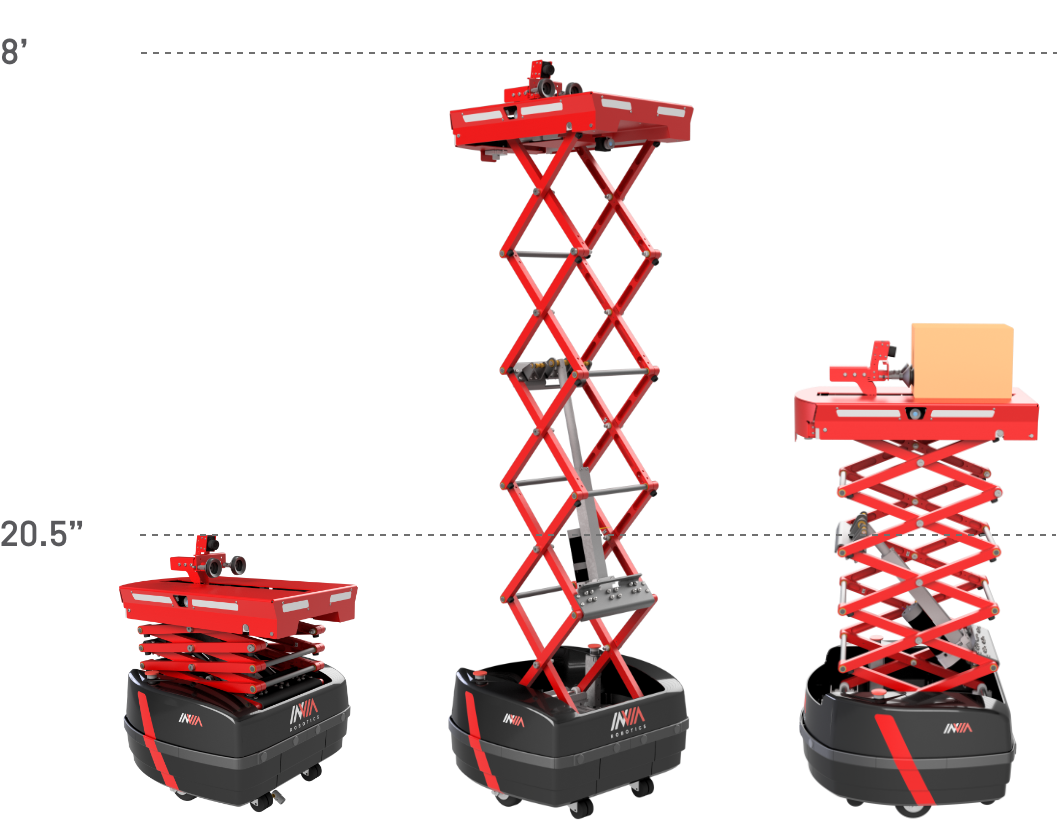 Fellow warehouse automator inVia Robotics, meanwhile, announced a $30 million Series C at the tail end of last month. Tech giants Microsoft (M12) and Qualcomm (Qualcomm Ventures LLC) led the round, which brings the California firm’s total funding up to $59 million to date. Hitachi Ventures also joined for the round. The company says it was able to grow pandemic-fueled growth to a 600% revenue increase in 2020.

And just because we couldn’t do all warehouse news this week (as tempting and easy as that might be), here’s a robot from General Electric named ATVer. The sundry tech conglomerate has been field testing the autonomous ‘bot with the U.S. Army. Military funding, mind, continues to be a pretty massive driver in robotics, for better and worse.

“Our project and partnership with the US Army has really enabled us to make some important advances in autonomous systems,” GE’s senior robotics Shiraj Sen says in a release. “We believe the advances made on this project will not only help accelerate the deployment of future driver-less vehicle technologies; they will help encourage more autonomous solutions in other industry sectors like energy, aviation and healthcare that people depend on every day.” 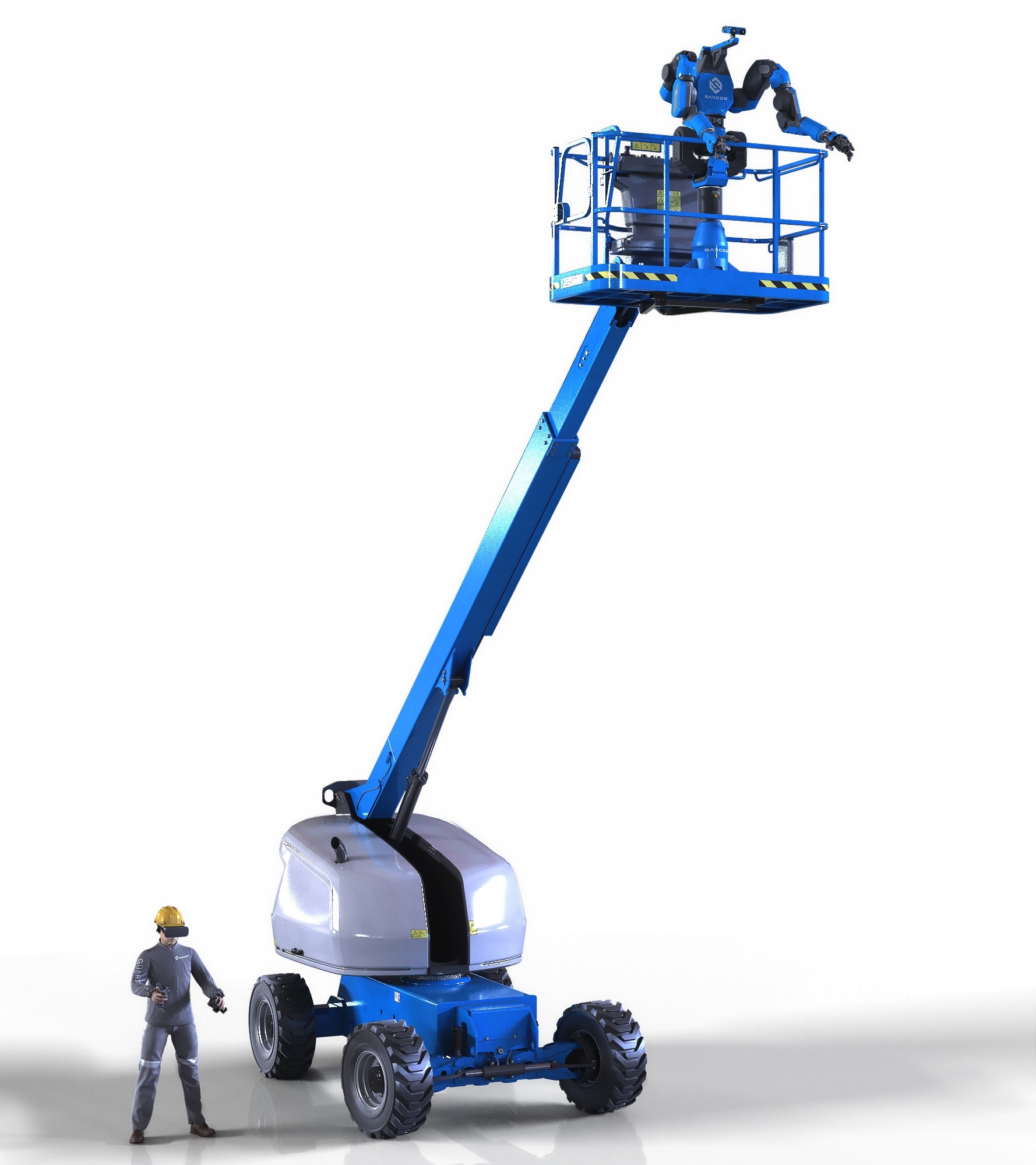 In just under the wire, Sarcos this morning announced a partnership with T-Mobile that will bring 5G teleoperation to the company’s  Guardian XT robot. Robotics are, of course, one of those things that frequently get tossed around when discussing the potential benefits of 5G’s low-latency connection. Honestly, it’s the sort of thing that gets rolled out on stage during press events (cough Verizon), because robots are surefire crowd pleasers. So, it’s nice seeing it applied to some actual systems here.

The T-Mobile and Sarcos collaboration begins with the integration of 5G to develop a remote viewing system powered by T-Mobile’s high bandwidth, low latency 5G network. This enables workers, supervisors, outside experts, and others, whether they are based locally or remote, to watch tasks being performed by the robot as it is controlled by an operator in the field. The second phase of development is expected to include full T-Mobile 5G wireless network integration, allowing teleoperation of the Guardian XT robot over 5G, giving operators greater flexibility and increasing their safety by enabling them to perform tasks from a distance.