Industry veteran Jitendra Gupta’s neobank for consumers in India — Jupiter — has raised $45 million in a new financing round as the Bangalore and Mumbai-based startup gears up for its platform’s public launch in about a month.

The new financing round, a Series B, was co-led by Brazil-based Nubank, Global Founders Capital, Sequoia Capital and Matrix Partners India. Mirae Assets Venture also joined the round, and existing investors including Addition Ventures, Tanglin VC, 3one4 Capital, Greyhound and Beenext also participated.

The new round values the two-year-old Indian startup, which has raised $70 million to date, at over $300 million.

Jupiter has built a neobank for consumers in India. The startup, which launched its eponymous platform in beta in June, is attempting to bring “delight” to the banking experience.

“We believe that a bank account should be a smart account, where it gives you insight, shares personalized tips and guides you through attaining some financial discipline,” said Gupta — who co-founded CitrusPay (sold to Naspers’ PayU) and served as managing director of PayU — in a recent interview with TechCrunch. 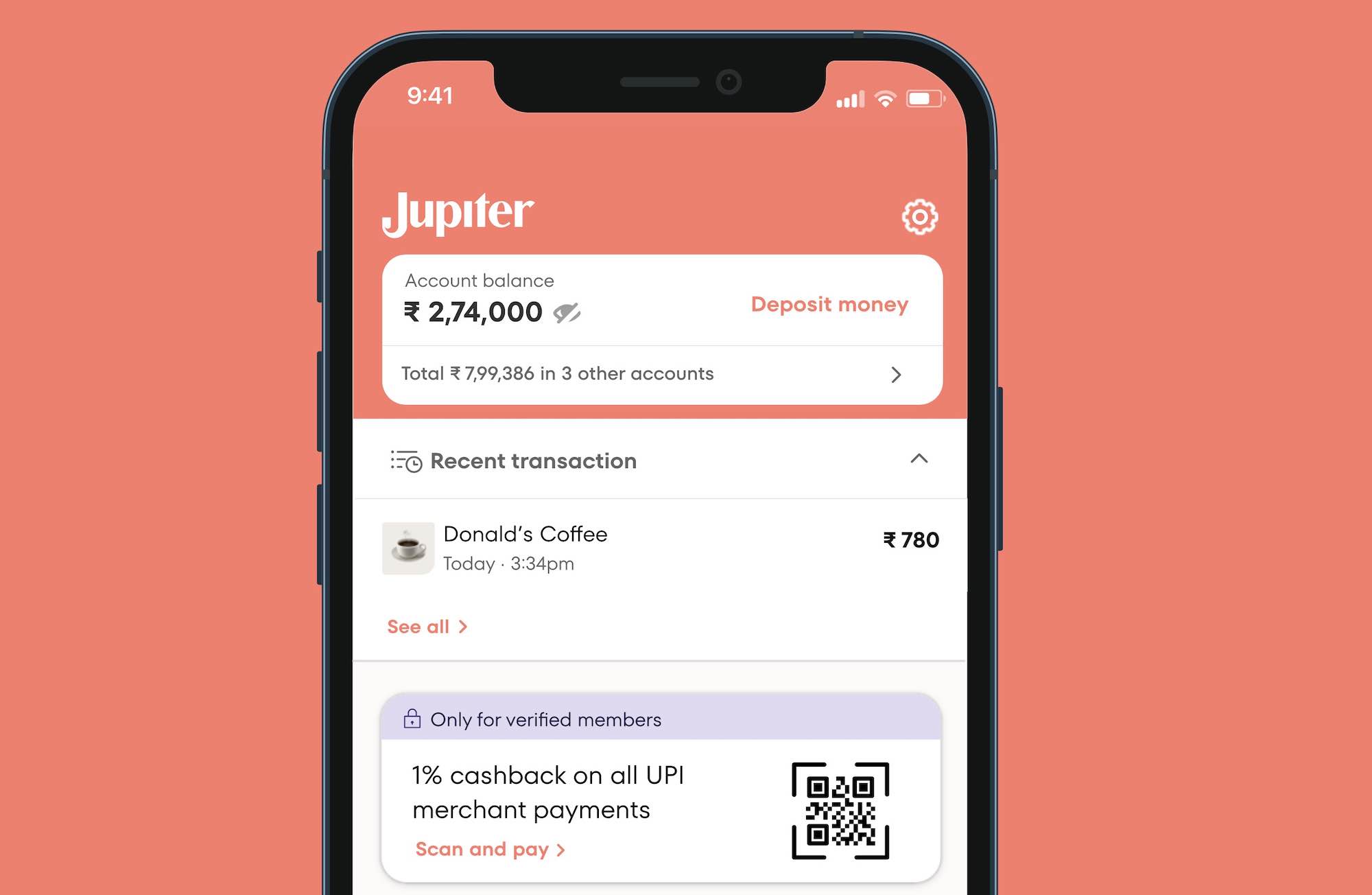 The startup has developed a number of products, including a savings account bundled with features that aim to simplify money management.

The platform, which positions itself as a “100% digital bank,” also offers the ability to buy now and pay later on UPI, a standard developed by a coalition of banks in India that has become the most popular way people in the country transact online.

“Nubank and Jupiter share the mission of making banking the best experience possible for our customers, putting an end to all the bureaucracy and the pain in the current system. The Indian and Brazilian markets have many similarities and through this investment, we aim to support Jupiter in their growth path. We see a lot of potential and are excited about joining them so early on their journey,” said David Vélez, founder and chief executive of Nubank, in a statement. The Brazilian giant raised $750 million in June this year at a valuation of $30 billion.)

In an interaction Thursday, Gupta said the startup, which employs over 120 people, is currently working to on-board the 100,000 people who have signed up to its waiting list. In about a month, he said, Jupiter will launch to the public.

Scores of startups in India are attempting to improve the banking experience in India today. Whether you are a teenager, or just out of college, or a working professional, or don’t have a credit score, there are firms that can get you a credit card and loan. But even these services have a ceiling limit of some sort.

“If you really want to change the banking industry, you cannot operate from the side. You have to fight from the centre, where they deposit their money. It’s a very time-consuming process and requires a lot of initial capital and experience with banks,” said Gupta.

Scores of investors have been in talks with Gupta in recent quarters to invest in the round, according to multiple people familiar with the matter. Gupta said earlier that he is not looking to raise a ton of capital for his new venture.

“Neobanks such as Jupiter are exactly what India needs: someone who can deliver simple, extensive and high-quality digital banking in a cost-efficient way,” said Ashish Dave, chief executive of Mirae Asset Venture Investments’ India business.

“Think a customer experience so good that it feels like making privileged banking available to folks who dread branch visits and long waiting times. Banking needs to meet customers where they are, and serve them in the most intuitive manner possible. Jiten and his stellar tech team have built just that, on top of the existing banking stack,” he added.