I learned about Yat in April, when a friend sent our group chat a link to a story about how the key emoji sold as an “internet identity” for $425,000. “I hate the universe,” she texted.

Sure, the universe would be better if people with a spare $425,000 spent it on mutual aid or something, but minutes later, we were trying to figure out what this whole Yat thing was all about. And few more minutes later, I spent $5 (in U.S. dollars, not crypto) to buy ☕👉💩❗, an emoji string that I think tells a moving story about my caffeine dependency and sensitive stomach. I didn’t think I would be writing about this when I made that choice. 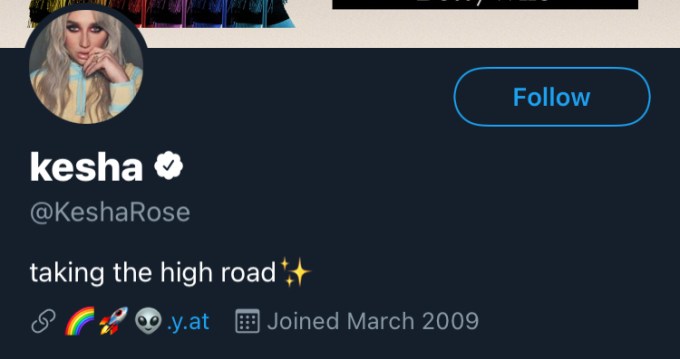 On the surface, Yat is a platform that lets you buy a URL with emojis in it — even Kesha (y.at/🌈🚀👽), Lil Wayne (y.at/👽🎵), and Disclosure (y.at/😎🎵😎) are using them in their Twitter bios. Like any URL on the internet, Yats can redirect to another website, or they can function like a more eye-catching Linktree. While users could purchase their own domain name that supports emojis and use it instead of a Yat, many people don’t have the technical expertise or time to do so. Instead, they can make a one-time purchase from Yat, which owns the Y.at domain, and the company will provide you with your own y.at link for you.

This convenience, however, comes at a premium. Yat uses an algorithm to determine your Yat’s “rhythm score,” its metric for determining how to price your emoji combo based on its rarity. Yats with one or two emojis are so expensive that you have to contact the company directly to buy them, but you can easily find a four- or five-emoji identity that’ll only put you out $4.

Beyond that, CEO Naveen Jain — a Y Combinator alumnus, founder of digital marketing company Sparkart and angel investor — thinks that Yat is ultimately an internet privacy product. Jain wants people to be able to use their Yats in any way they’re able to use an online identity now, whether that’s to make payments, send messages, host a website or log in to a platform.

“Objectively, it’s a strange norm. You go on the internet, you register accounts with ad-supported platforms, and your username isn’t universal. You have many accounts, many usernames,” Jain said. “And you don’t control them. If an account wants to shut you down, they shut you down. How many stories are there of people trying to email some social network, and they don’t respond because they don’t have to?” 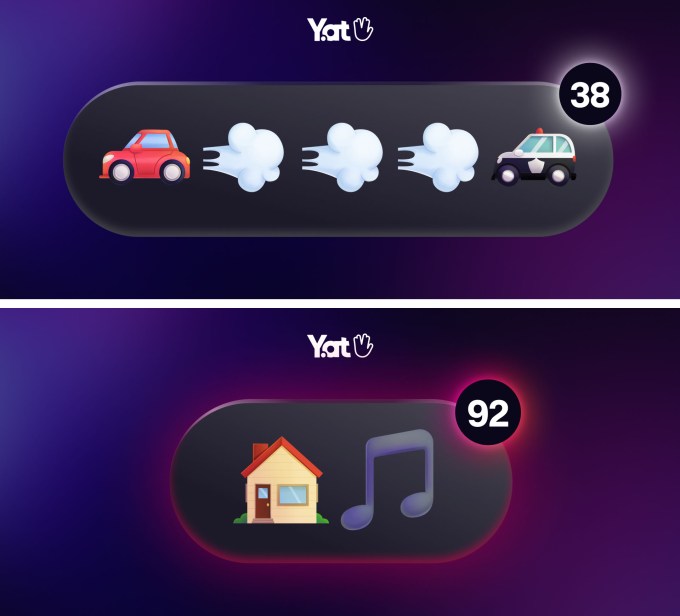 Yat doesn’t plan to fuel itself with ad money, since users pay for the product when they purchase their Yat, whether they get it for $4 or $400,000.

In the long run, Yat’s CEO says the company plans to use blockchain technology as a way to become self-sovereign. Yats would become assets issued on decentralized, distributed databases. Today, there are several projects working to create a decentralized alternative to the current domain name system (DNS), which is managed by internet regulatory authority ICANN.  DNS is how you find things on the internet, but uses a centralized, hierarchical system. A blockchain domain name system would have no central authority, and some believe this could be the foundation of a next-gen web, or “Web 3.0.”

Today, words like “blockchain” and “cryptocurrency” don’t appear on the Yat website. Jain doesn’t think that’s compelling to average consumers — he believes in progressive decentralization, which explains why Yats are currently purchased with dollars, not ethereum.

“Something we think is really funny about the cryptocurrency world is that anyone who’s a part of it spends a lot of time talking about databases,” Jain said. “People don’t care about databases. When’s the last time you went to a website and it said ‘powered by MySQL’?”

Y.at, however, was registered at a traditional internet registrar, not on the blockchain.

“This is laying the foundation — there are certain elements of the vision that are certainly more of a social contract than actual implementation at this point in time,” says Jain. “But this is the vision that we’ve set forth, and we’re working continuously towards that goal.”

Still, until Yat becomes more decentralized, it can’t yet give users the complete control it aspires to. At present, the Terms & Conditions give Yat the authority to terminate or suspend users at its discretion, but the company claims it hasn’t yet booted anyone from the system.

“As Yat becomes more decentralized, our terms and conditions won’t be important,” Jain said. “This is the nature of pursuing a progressive decentralization strategy.”

In its “generation zero” phase (an open beta), Yat claims to have sold almost $20 million worth of emoji identities. Now, as the waitlist to get a Yat ends, Yat is posting some rare emoji identities on OpenSea, the NFT marketplace that recently reached a valuation of $1.5 billion. 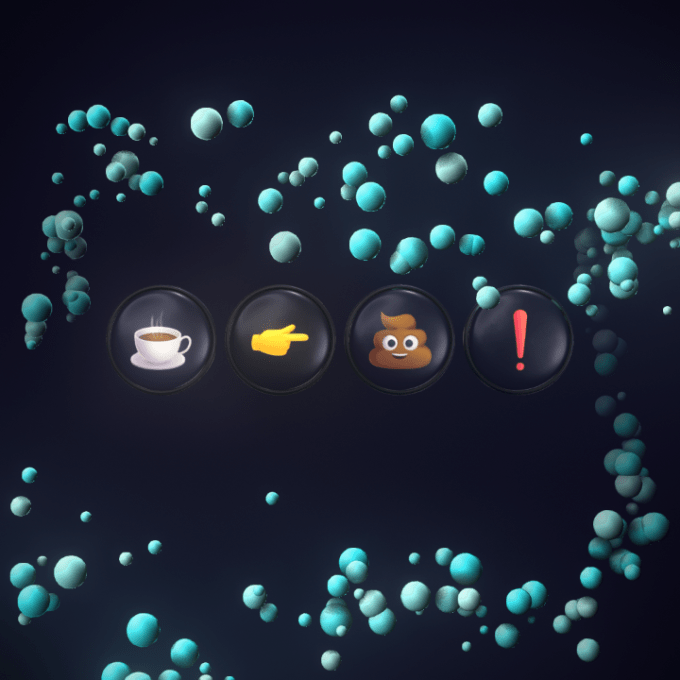 A still image of a Yat visualizer creation

“For the first time ever, we’re going to be auctioning some Yats on OpenSea, and we’re going to be launching minting of Yats on Ethereum,” Jain said. Before minting Yats as NFTs, users can create a digital art landscape for their Yats through a Visualizer. These features, as well as new emojis in the Yat emoji set, will launch this evening at a virtual event called Yat Horizon.

“Yat Creators will now have more rights,” Jain said about the new ability to mint Yats as NFTs. “We are going to continue to pursue progressive decentralization until we achieve our ultimate goal: making Yat the best self-directed, self-sovereign identity system for all.”

Consumers have a demonstrated interest in retaining greater privacy on the internet — data shows that in iOS 14.5, 96% of users opted out of ad tracking. But the decentralization movement hasn’t yet been able to market its privacy advantages to the mainstream. Yat helps solve this problem because even if you don’t understand what blockchain means, you understand that having a personal string of emojis is pretty fun. But, before you spend $425,000 on a single-emoji username, keep in mind that Yat’s vision will only completely materialize with the advent of Web 3.0, and we don’t yet know when or if that will happen.