As I write this, I have no fewer than five recently reviewed earbuds sitting on the desk in front of me. And you know what? They’re all pretty good. Some are better than others, of course — that’s why they invented gadget reviews. But as far as consumer electronics go, the category seemed to mature — and the products became ubiquitous — virtually overnight.

Nearly every hardware maker has entered the category — some several times over. You can get a truly great pair for over $200 and a pretty decent one for under $100. There’s a broad range in quality across that spectrum, of course. But features? A few things, here and there, but on the whole, earbuds settled into a similar sort of homogeneity as smartphones before them. 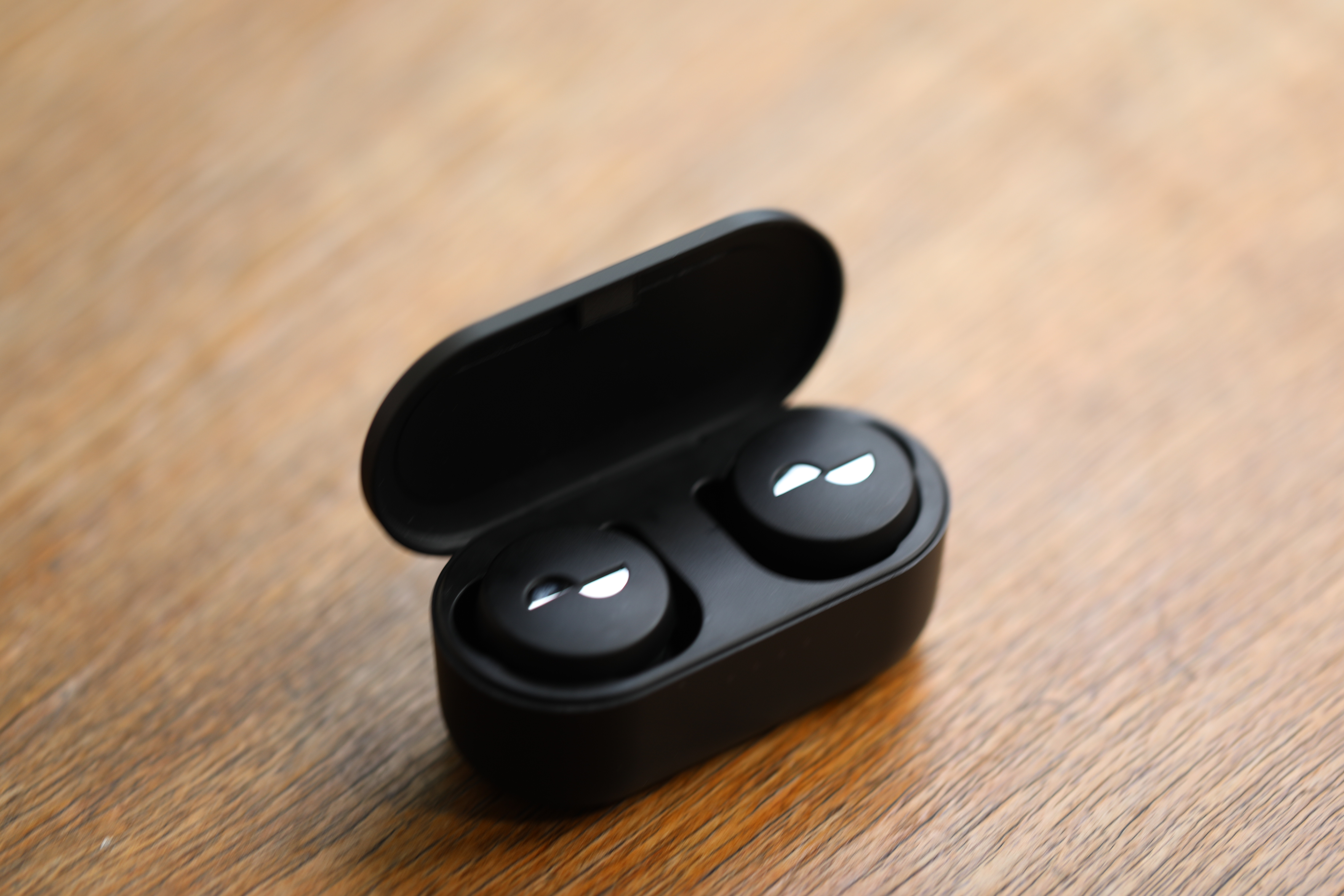 Differentiation was certainly a big topic during today’s launch of Nothing’s Ear (1). It’s also been a core part of Nura’s DNA since the beginning. But where a company like Nothing views its earbuds as the first piece in a larger ecosystem, Nura is, simply put, a headphone company. And there’s a pretty simple reason behind that. Everything Nura does is built around its audio technology — something that’s held true since before I had the opportunity to try the original Nuraphones as a prototype with a big, unsightly circuit board attached.

The $200 NuraTrue earbuds announced today mark the company’s third entry into the headphone market, following the over-ear Nuraphones and the tethered Nuraloop. The “true,” one assumes, refers to the truly wireless design, abandoning the behind-the-neck design that gave last year’s Nuraloop their name.

The decision to launch earbuds with a wire seemed an odd one at the $199 price point four years after Apple released the first AirPods (the year Nura was founded). There were some practical technical concerns, and Nura made the most of them with a magnetic connector that lets them double as wired headphones/monitors (something I appreciated when I still took a couple of plane rides a month). 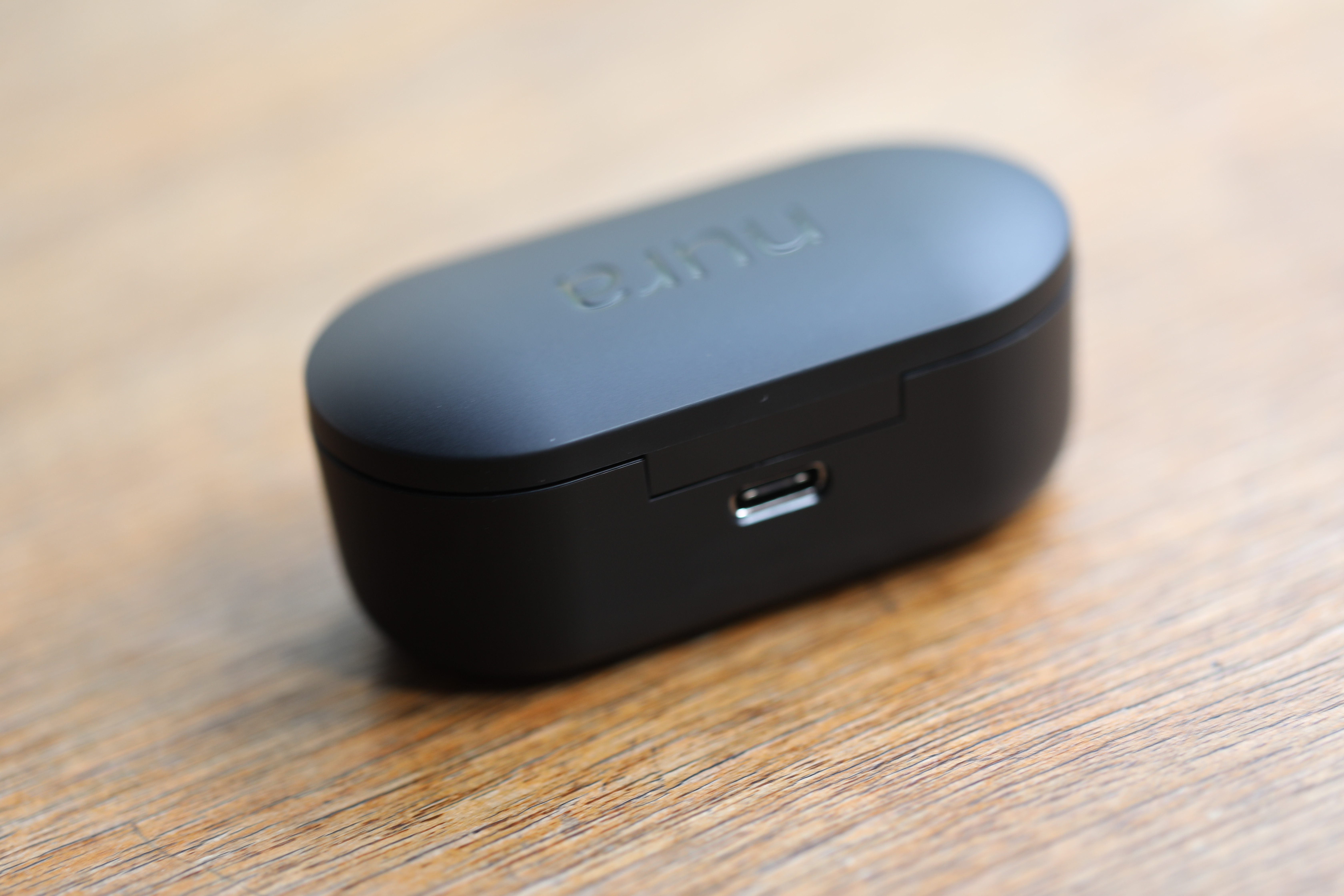 When I put the question of going fully wireless to Nura co-founder Dragan Petrovic, he answered:

We wanted to release a fully wireless product only once we could ensure an outstanding user experience and (most importantly) outstanding sound quality. Fully wireless earbuds have been around for about five years now, but only recently has the underlying technology matured to the point of being able to do justice to the music. These improvements were delivered by the wireless chip providers, which is why many of the fully wireless products that have come out this year are considerably better than what was available before. For NuraTrue, we took the finally mature wireless technology provided by the chip makers and added Nura’s (or rather, the listener’s) personalized sound to deliver the best sound quality in the most convenient form factor.

While it’s true that everyone and their uncle has offered their own take on the category, Nura’s entry wasn’t as simple as pulling together some off-the-shelf components. The company offers one of the more unique listening experiences, courtesy of on-board technology that beams sound into the wearer’s ear and reads back the faint transmissions that return.

Encoded in the returning sound wave is information about how well you heard the sound that went in. The Nuraphone uses an extremely sensitive microphone to detect this returning sound wave, and a self-learning engine built into the Nuraphone to create your profile. No buttons or knobs. It all happens automatically and in about 60 seconds. It is a little bit magic. 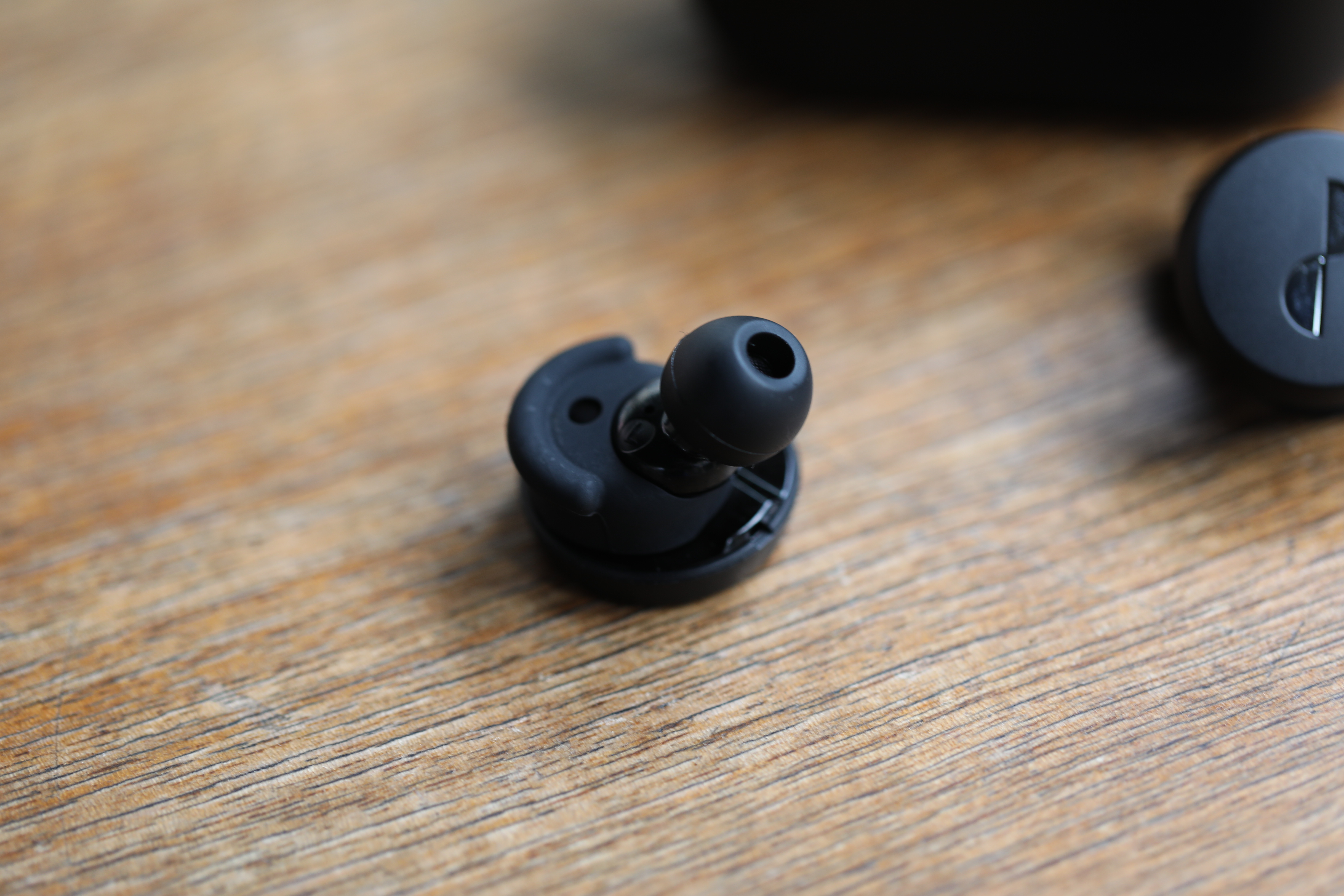 The experience is the same across the three devices, so we’ve written about it a few times. Essentially the system creates a sort of custom sonic fingerprint based on the reading it gets back and uses that to adjust the settings accordingly. It does feel like a bit of wizardry the first time you try it, especially when you flip back and forth between the default and custom settings.

The original Nuraphones quickly became one of my most recommended headphones — a solid accomplishment for such a young hardware startup. Since the launch of the original over-ear headphones, however, I’ve been waiting to see what the company might be able to do in a fully wireless form factor. And on most accounts, I’d say the NuraTrue buds are a success.

The great sound is largely intact — a notable achievement. There are nuances you’ll hear in these headphones that you too often miss in comparably priced tech — subtle details that get lost in the mix with less balanced headphones. Of course, you’ll continue to lose other nuances depending on the source of the music you’re listening to. What Nura’s able to do is impressive, but not miraculous.

You do, obviously, lose something with the smaller size. The Nurphones’ big differentiator is the addition of a powerful, tactile bass, courtesy of the ear cups. This experience is accomplished to some extent by the immersion slider in the app, which is designed to adjust the experiential level provided by the buds. But again, there’s no replacing the cocooning effect of the over-ear cups. 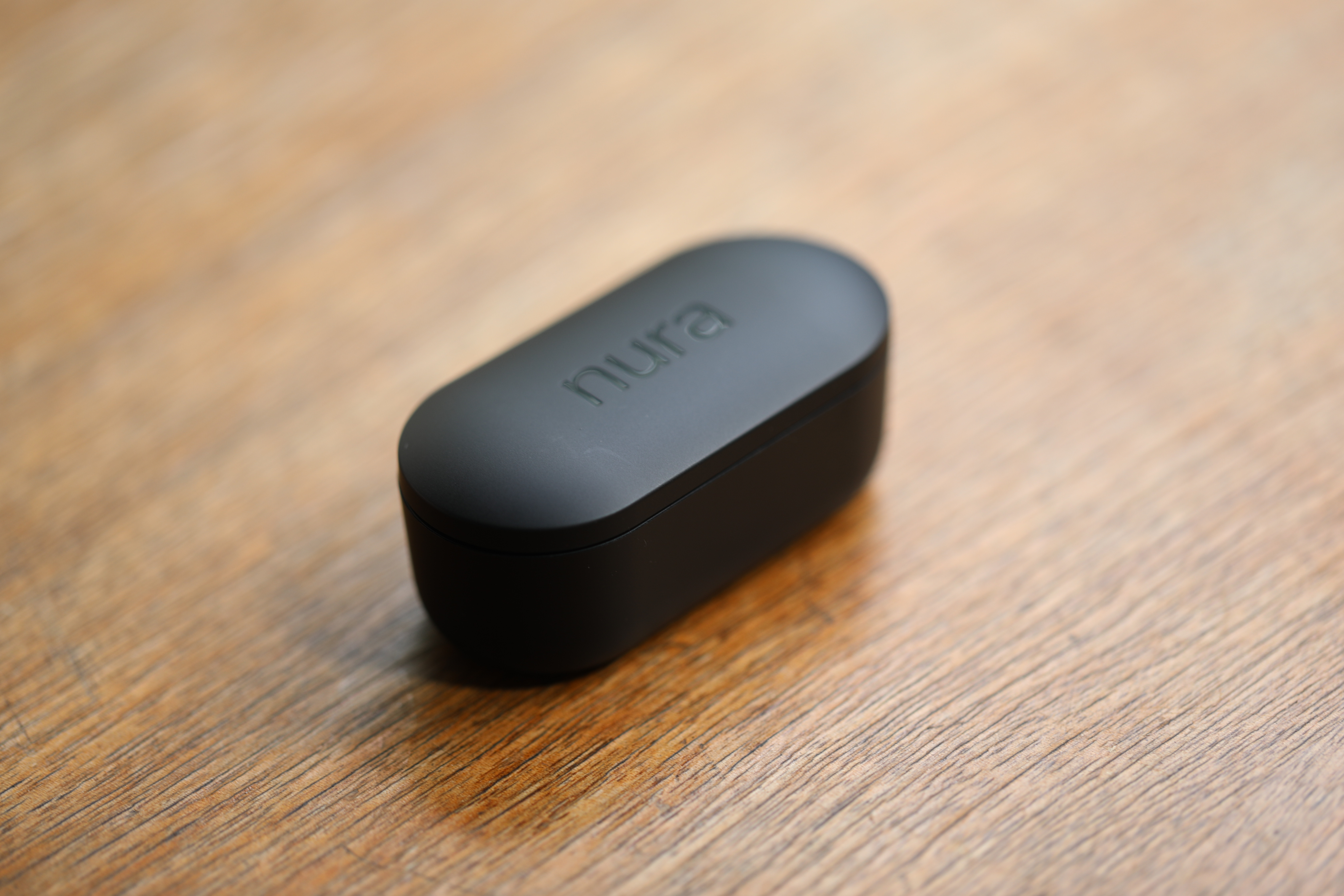 But listen, at this point, I think we all implicitly understand that different form factors offer different compromises. Otherwise, we would only have one style of headphone. The NuraTrue are quite light — I was actually surprised, given their size. Each bud weighs 7.4 grams. They’re also extremely comfortable. As with other Nura products, the headphones will detect whether you have a tight seal when doing the initial testing. Of its three products, however, the NuraTrue gave me the fewest problems on that front.

As someone who frequently experiences ear pain from different buds, they’ve not given me an issue wearing them around effectively all day. The weight distribution and a design that you basically twist into your ear means they stay put quite well. I’ve had no issues with them falling out at the gym or on a few short runs.

The active noise canceling is decent. It’s not industry-leading by any stretch, but it gets the job done for sure. It’s a bit of an annoyance, however, that you have to go into the app to toggle it on and off — as well as the immersion feature. These things, coupled with the fundamental importance of sound profiles, means the buds are tied to their app a lot more than other earbuds. It’s the price you pay for being different, I suppose. [Update: Nura notes that it is, in fact, possible to add ANC as a gesture from within the app.]

The battery is rated at six hours on the buds and 24 with the case factored in. There’s no superfast charging here — it takes about 2.5 hours to get the case’s 500 mAh battery from zero to full. Likely that won’t be an issue unless you never remember to charge the thing or you’re planning to go on a couple of long-haul flights. The inclusion of four battery lights on the front of the case is a nice touch. 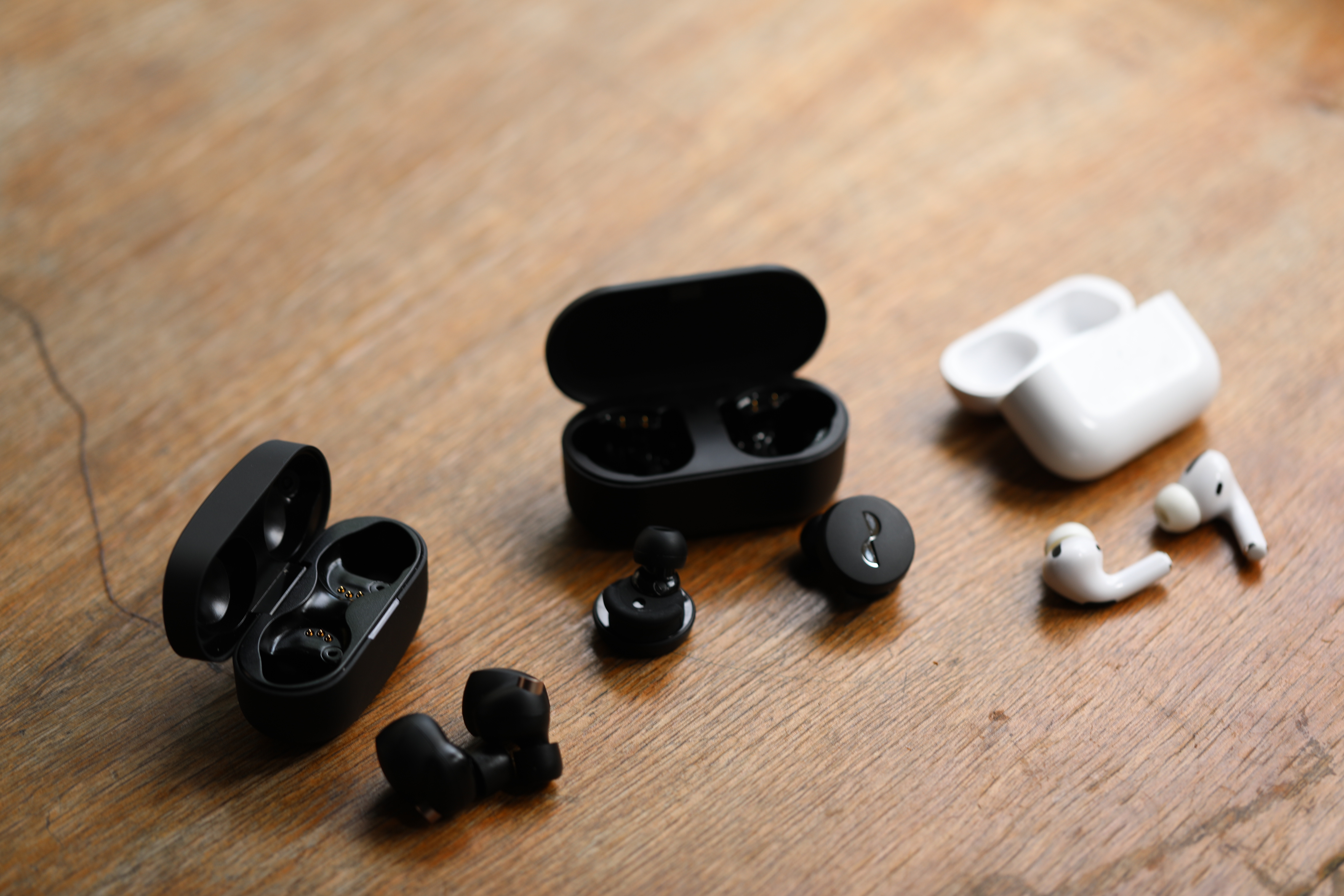 My biggest complaint here is a bit of a surprise to me. A majority of the headphones I’ve tested recently haven’t had any Bluetooth connectivity issues. Honestly, I’d thought we’d moved past that. While the NuraTrue isn’t using the latest version of Bluetooth (5.2), the 5.0 it does uses is the same version found in, say, the AirPods Pro (Apple, of course, has the decided advantage of making its own phone, operating system and chips). The connection is fine around the house, but I’ve experienced drops while walking around that I haven’t with other recent pairs.

It’s more annoying than end-of-the-world, but it’s worth keeping in mind — and certainly something the company should consider addressing for gen 2. The built-in microphone also left something to be desired, creating distortion when I took calls.

Beyond that, there’s really not a lot to complain about. The NuraTrue are well rounded (figuratively and literally), comfortable, and the company’s sound profiling technology is enough of a standout feature to set them apart from an army of similar buds. For my own specific needs, I’d say they also make the Nuraloop largely redundant, though Petrovic tells me the company is keeping the product around because it “complement[s] our product portfolio by offering things that no true wireless product has, most importantly 16+ hours of battery life, and the ability to connect to an analog audio jack.” 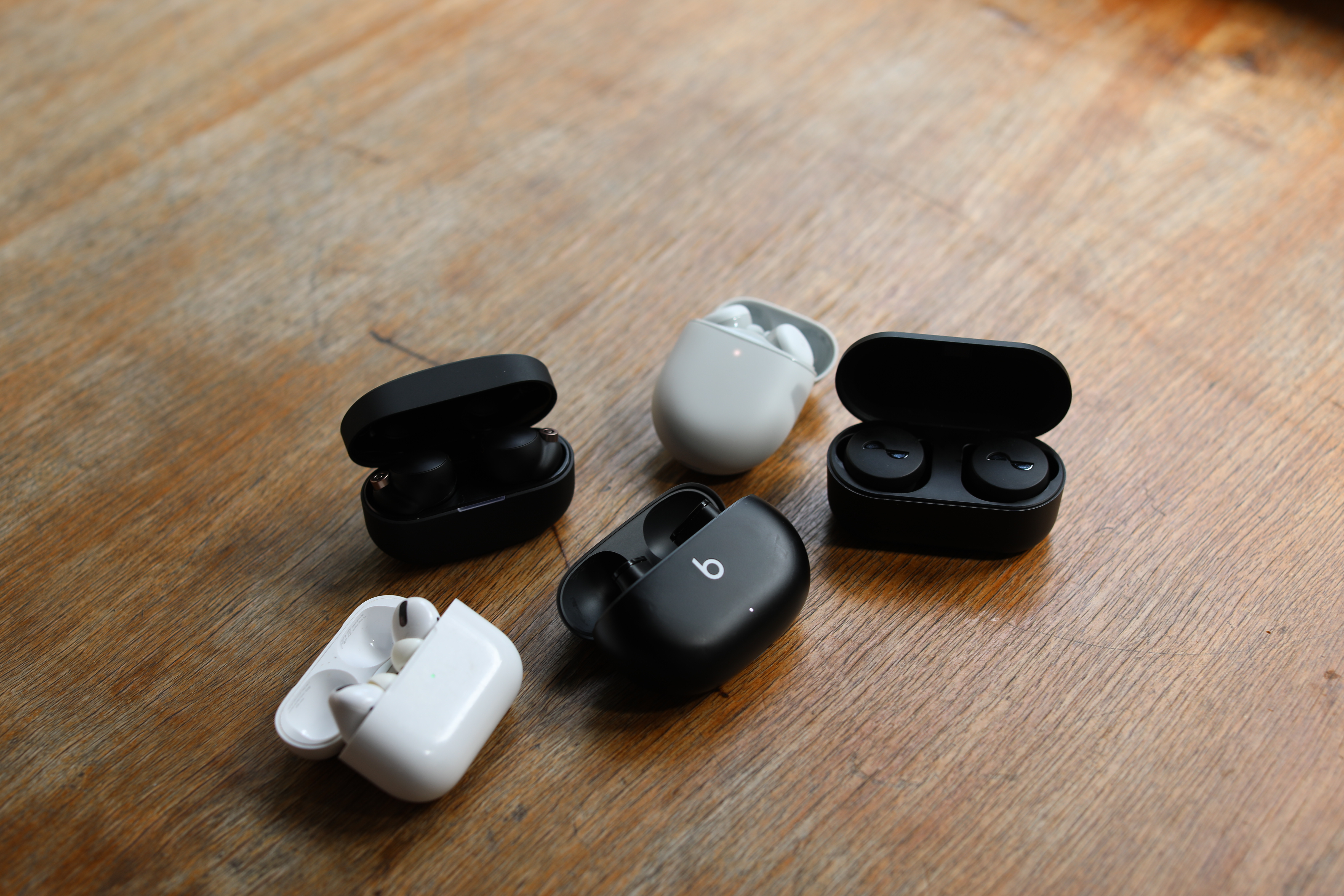 Fair enough on those two points. Again, if any headphone did everything, there wouldn’t be much point in variety. On the whole, I do think NuraTrue carry the far broader appeal for a majority of users. The ability to hardwire has its appeal but is pretty limited for most of us at this point. And 16 hours of battery built-in is great, but most of the time six on the bud and 24 with the case should suffice.

Mostly, it’s just nice to see a legit hardware startup continue to make some waves in the consumer space by taking on the big names with differentiated technology. In the earliest days, I’d imagined Nura would get snapped up by a Samsung or Apple, but I’m glad the company opted to go its own way.