Fireblocks, an infrastructure provider for digital assets, has raised $310 million in a Series D round of funding that tripled the company’s valuation to $2.2 billion in just over five months.

Sequoia Capital, Stripes and Spark Capital co-led Fireblocks’ latest round, which also included participation from Coatue, DRW VC and SCB 10X – the venture arm of Thailand’s oldest bank – and Siam Commercial Bank. The latter is the third global bank to invest in Fireblocks in addition to the Bank of New York (BNY) Mellon and SVB Capital.

In February, the New York-based startup raised $133 million in a Series C round at a $700 million valuation. The latest financing brings Fireblocks’ total raised since its 2018 inception to $489 million. And as for Fireblocks’ valuation boost, the growth correlates with its increase in customers and ARR this year, according to CEO and co-founder Michael Shaulov.

“We expect to end the year up 500%,” Shaulov said. “We’ve already adjusted our revenue predictions for 2021 three times.”

Put simply, Fireblocks aims to offer financial institutions an all-in-one platform to run a digital asset business, providing them with infrastructure to store, transfer and issue digital assets. In particular, Fireblocks provides custody to institutional investors and has secured the transfer of over $1 trillion in digital assets over time.

Fireblocks launched out of stealth mode in June 2019 and has since opened offices in the United Kingdom, Israel, Hong Kong, Singapore, France and the DACH region. Today, it has over 500 financial institutions as customers — a mix of businesses that already support crypto and digital assets and those that are considering entering the space. Customers include global banks, crypto-native exchanges, lending desks, hedge funds and OTC desks, as well as companies such as Revolut, BlockFi, Celsius, PrimeTrust, Galaxy Digital, Genesis Trading, crypto.com and eToro, among others.

Of those 500 institutions, Fireblocks is working with 70 banks that are looking to join the cryptocurrency space and start platforming their infrastructure, according to Shaulov. Siam Commercial bank, for example, is using the company’s infrastructure to transform into a blockchain-based bank.

“Our platform creates highly secure wallets for cryptocurrencies and digital assets where institutions can store their funds or their customer funds and also get security insurance,” he said.

Fireblocks’ issuance and tokenization platform allows for the creation of asset-backed tokens.

“We handle all the security or compliance, all the policies and workflows,” Shaulov said. “Basically all the complicated stuff you need to do as a business when you want to start working with this new technology. So it’s a bit like ‘Shopify for crypto.’”

Sequoia Partner Ravi Gupta is naturally bullish on the company, describing Fireblocks as “the leading back-end infrastructure for crypto products.”

“The team has the potential to build a large, enduring business serving crypto-native companies, consumer fintech companies and traditional financial institutions alike,” he told TechCrunch. “Their growth has been tremendous, and the quality of their product and customer sentiment are remarkable.” 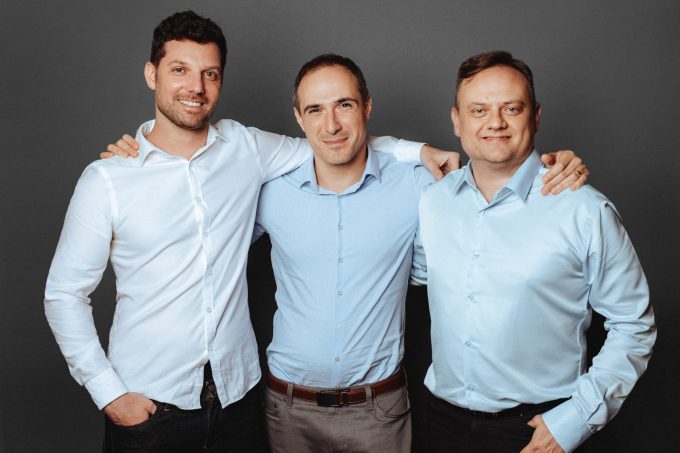 Fireblocks has also started to see businesses outside of what would be identified as fintech or finance show interest in its platform, such as e-commerce websites that are looking to create NFTs on the back of their merchandise.

The Fireblocks platform, Shaulov said, helps spread the expansion of digital asset use cases beyond bitcoin into payments, gaming, NFTs and digital securities and “ultimately allows any business to become a digital asset business.”

What that means is that Fireblocks’ technology can be white-labeled for crypto custody offerings, “so that new and established financial institutions can implement direct custody on their own without having to rely on third parties,” the company said.

Shaulov emphasized Fireblocks’ commitment to staying an independent company after a wave of consolidation in the space. Earlier this year, PayPal announced its plans to acquire Curv, a cryptocurrency startup based in Tel Aviv, Israel. In early May, bitcoin-focused Galaxy Digital Holdings Ltd. said it agreed to buy BitGo Inc. for $1.2 billion in cash and stock in the first $1 billion deal in the cryptocurrency industry.

“Consolidation can be painful for clients,” he told TechCrunch. “It’s important for us that we stay independent and that’s part of the purpose of this round.”

The company will also use the funds to increase its engineering and customer success operations and expand geographically, particularly in the Asia-Pacific region.

“Fireblocks provides the most secure and flexible platform for a wide range of customer needs,” said Sequoia’s Gupta. “It uses world-class multiparty computation technology to secure digital assets in storage and in transit, and has the most flexible platform with controls for product teams to be able to build on and manage Fireblocks effectively.”