The whole human proteome may be free to browse thanks to DeepMind, but at the bleeding edge of biotech new proteins are made and tested every day, a complex and time-consuming process. Glyphic Biotechnologies accelerates the critical but slow sequencing step, potentially cutting drug development times down by a huge amount, and the startup just raised a $6 million seed to bring its clever solution to market.

Proteins are at the heart of many new treatments and products; the ubiquitous and infinitely varied chains of amino acids twist into shapes that interact with cells, substances in the body, and other proteins, doing everything from interpreting DNA to controlling access to secure areas (“sorry, no potassium allowed”).

In the drug discovery and biotech world, proteins represent unlimited possibility — the right one could clamp onto cancer cells, facilitate natural healing processes, or prompt the creation of helpful substances. But finding and testing novel molecules is not easy — and a big part of that is sequencing, which confirms the exact makeup of the protein you’re trying to test.

Right now there are several large companies doing good business in the protein discovery world, and generally the process involves identifying the amino acid at the end of the protein chain, then snipping it off, identifying the next one, and so on until you’ve done the whole thing.

The trouble with this approach is that the protein’s shape or the molecular properties of the next amino acid in line can interfere with the process of binding to and identifying the one on the very end. As a result there’s a certain amount of uncertainty and a lack of unreliability inherent to the process.

AI is ready to take on a massive healthcare challenge

Glyphic Biotechnologies changes that by adding a step where the target amino acid is detached first and then tethered nearby using a novel molecule called ClickP developed by one of the co-founders. A single stationary amino acid attached to a known molecule is much, much easier to identify, and when it’s done, the process repeats as before.

It’s briefly stated but the advance is significant. Current techniques in the antibody discovery space produce and inspect on the order of tens of thousands of proteins per week per (very expensive) machine. It sounds like a lot but with proteins essentially innumerable, it’s just a drop in the bucket. Even running 24/7 this rate doesn’t come close to satisfying demand.

Glyphic’s approach, utilizing ClickP and single-molecule microscopy (like that used by DNA sequencing giant Illumina), should be capable of millions to tens of millions per week, possibly climbing to billions in time. Even at the most conservative estimate you’re talking about orders of magnitude in improvement — those tens of thousands in the other techniques include lots of (perhaps mostly) repeat or junk information due to their use of B cell cultivation to produce the antibodies in question. 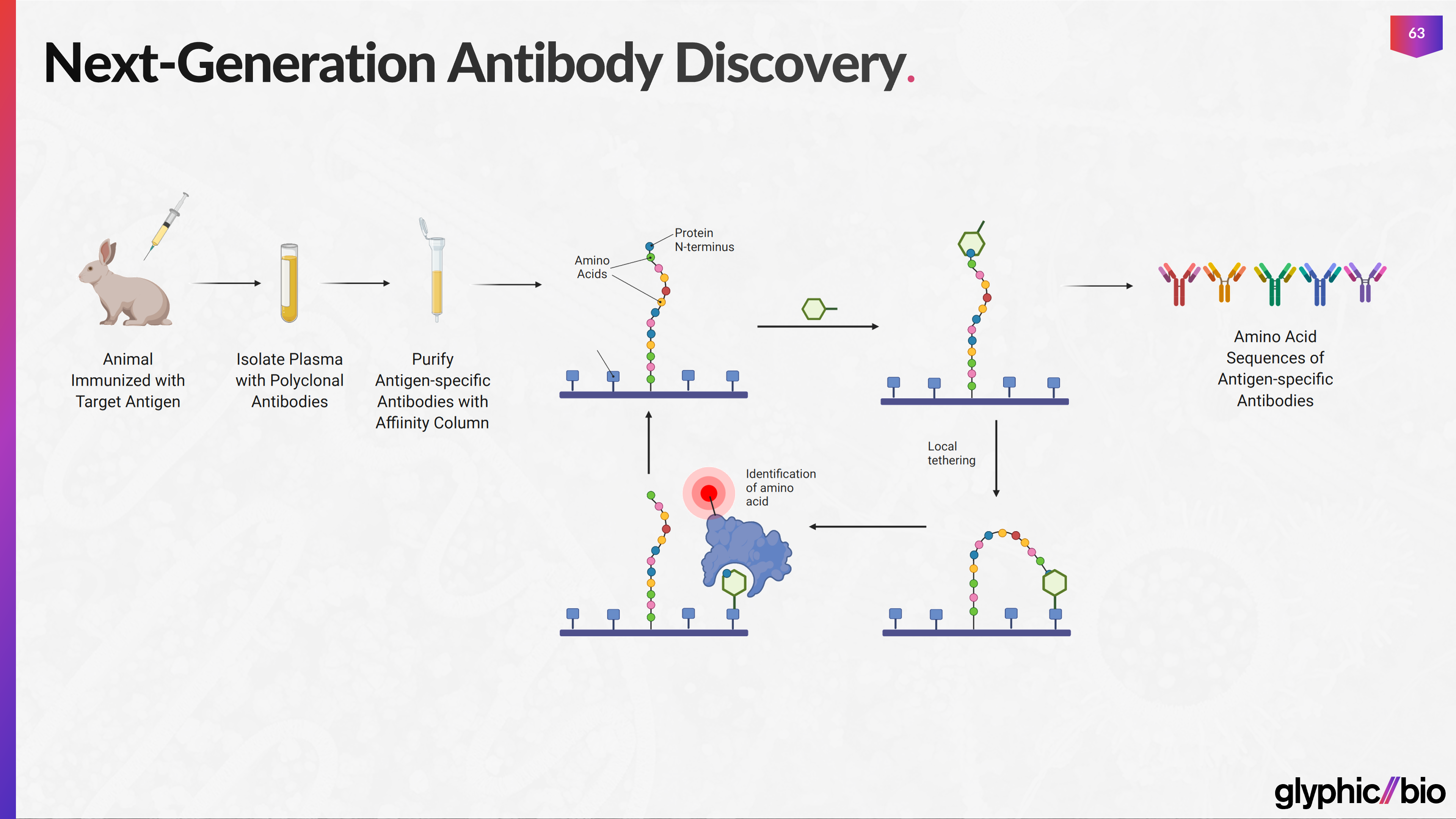 Not only that, but because the ClickP process avoids the problem of interference from the next amino acid in the chain, it has way, way higher specificity and confidence. So you wouldn’t just be sequencing a hundred or a thousand times as many proteins, you’d be far more sure about the results.

At first Glyphic would be processing samples sent to them, but ultimately their tech could live in other labs as their competitors do now. Going from service to hardware sales and support is the current roadmap.

If everything works as advertised, Glyphic could be the new standard in protein sequencing just as demand skyrockets in the biotech world. To do so, though, it needs just a bit more time in the incubator.

The process they pioneered was the result of work done by co-founders Joshua Yang (CEO) and Daniel Estandian (CTO) at the lab of MIT’s Ed Boyden (on the team as “scientific founder”). 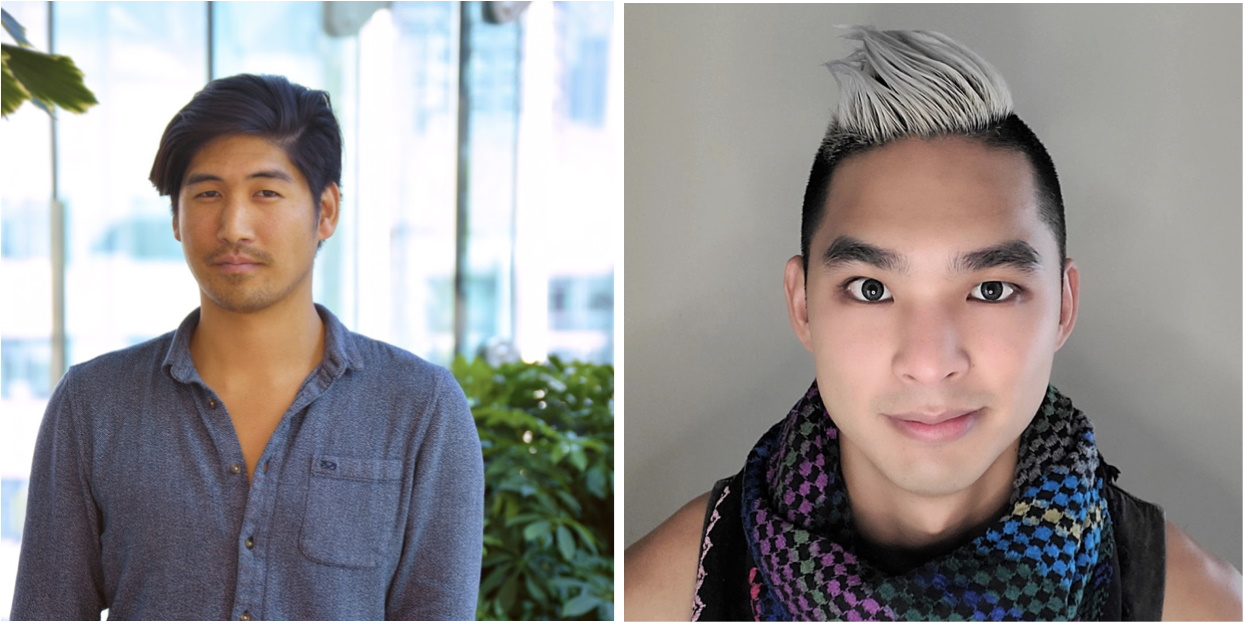 Yang explained that what stands between them and potential industry dominance is a mere matter of chemical engineering.

“My co-founder [Estandian] developed ClickP himself. The chemistry works,” he told me. “But as a spinout of an academic lab, we didn’t develop all 20 binders, because it would have bankrupted the lab. This isn’t an ‘off-the-shelf’ molecule.”

These binders are a bit like adapters that make the process work for each of the 20 amino acids. It takes time and money to engineer them, so they decided to show the system off with a handful first in order to get the cash to make the rest. “It’s really just about putting the time into getting them out there,” said Yang.

The $6.025 million seed round should finance the company through this early stage as it builds its platform. It was led by OMX ventures (which previously invested in 10X Genomics and Twist Bioscience), with participation from Osage University Partners, Wing VC, Artis Ventures, Cantos Ventures, Civilization Ventures, and Axial VC, and has an angel investor in Mammoth Biosciences CEO Trevor Martin.

Berkeley has a big new biotech incubator in Bakar Labs

Glyphic will be making its first home at Bakar Labs, the freshly inaugurated new Berkeley biotech incubator. There it will stay until it’s ready to take the next big step, likely hardware manufacturing next year on the back of an A round to be raised then. 2022 should then also see the company’s first paid services. And the antibody market, as large as it is, is only the beginning.

“Antibodies are just a starting point, as numerous applications can benefit from protein sequencing,” Josh explained in an email after we spoke. “Another high value area is in industrial biotechnology, where protein-sequencing-based screening of evolved enzymes can help identify enhanced or novel functions (e.g., better laundry detergents, waste-water treatment). Development of diagnostic tests would also benefit because, the more proteins you can sequence and identify in a sample set, the increased likelihood you can identify rare yet important biomarkers and/or develop a robust panel of biomarkers that together can detect or predict disease.”

A company like Glyphic may seem like a perfect target to get snapped up by one of the more deep-pocketed competitors out there, but Yang said they’re confident enough to ride it out.

“The activity in this space is insane. My co-founder and I really want to be the next Illumina or 10X Genomics — we really want to be that leader in proteomics.” And unless the competition has a few cards hidden up their sleeves, Yang’s ambition seems like a distinct possibility.