MyGlamm, a direct-to-consumer beauty brand in India that sells most of its products through its own website, app and retail touch points, said on Monday it has raised $71.3 million in a financing round as the Mumbai-headquartered firm looks to scale its business across the South Asian market.

The startup had raised $23.5 million in its four-times subscribed Series C financing round from Amazon, Ascent Capital and Wipro in March this year. On Monday, it said it has added an additional $47.8 million as part of the round — which is now closed.

Sanghvi started MyGlamm in 2017 after pivoting his previous venture. He recalled the struggle he faced raising money for a direct-to-consumer brand, which were not as popular in the world’s second-largest internet market just five years ago. To make matters worse, MyGlamm was also among the last direct-to-consumer startups to kick off its journeys at the time. 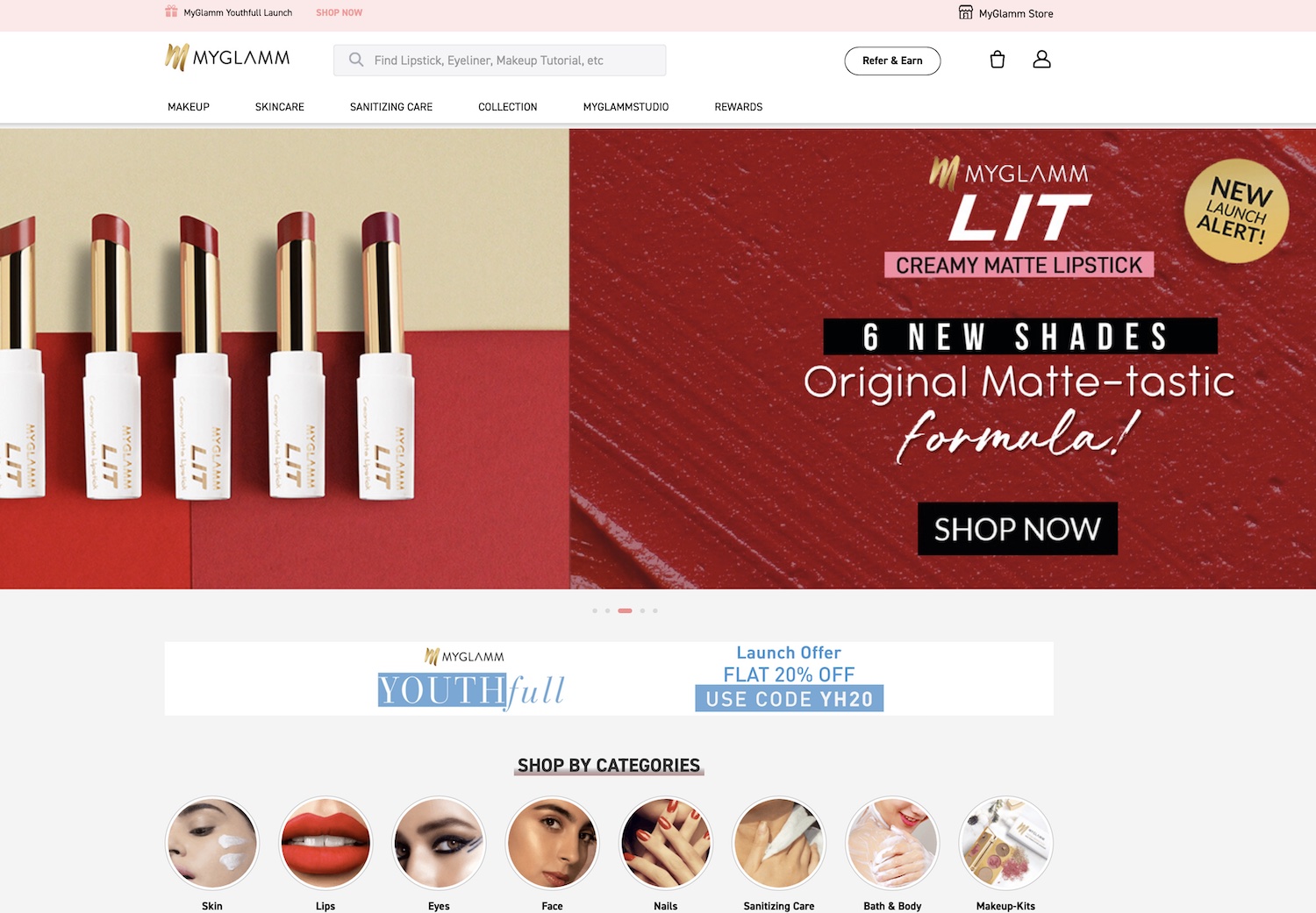 The startup today operates as a house of brands in the beauty and personal care spaces. “We operate across makeup, skincare, haircare, bath and body, and personal care. Unlike other brands, we have been able to successfully build a master brand across categories,” he said over a video call.

“The reason we have been able to build this is because we are truly direct to consumers. This allows us to communicate very directly with them,” he said, adding that most other firms in the industry are too reliant on third-party marketplaces for their sales.

He attributed the recent growth of the startup, which sells over 800 SKUs across categories (up from 600 in March), to its newfound user acquisition strategy. In August, the startup acquired POPxo, a startup that has built a community around content, influencers and commerce and serves over 60 million monthly active users.

“The content to the commerce engine has become our biggest moat,” he said. “We are acquiring 250,000 new users each month without spending any real money.”

POPxo, which is run by Priyanka Gill, engages with nearly 300,000 users each month, gathering their feedback and ideas for new products. Gill said in a video call that “in this line of business, CAC (cost of customer acquisition) is the game and POPxo has solved this problem,” she said, adding that POPxo, which is run like a fairly independent business, is on track to reach over 100 million users by March next year.

The startup also has 15,000 point-of-sale touch points in the physical world across India. The physical presence, which accounts for 40% of the revenue it generates today, “has been crucial to scale in the country,” Sanghvi said.

“We believe that the time is ripe for building out digital-first CPG brands with a deep focus on content-to-commerce,” said Anand Daniel, partner at Accel, in a statement.

“COVID has only cemented this belief. The unique combination of content coupled with a compelling product line gave us the conviction to lead this round in MyGlamm. We are excited to partner with Darpan, Priyanka and the MyGlamm team and look forward to building out the next-generation CPG giant,” he said.

The startup plans to deploy the fresh funds to expand its product development, data science and technology research teams. It is also working to expand its offline presence and broadening the digital reach of POPxo.

The new investment comes at a time when Indian startups are raising record capital and a handful of mature firms are beginning to explore the public markets. Last week, Tribe Capital’s investment crowned BlackBuck as India’s 16th unicorn this year, compared to 11 last year and six in 2019. Food delivery startup Zomato made a stellar stock market debut last week and financial services firms MobiKwik and Paytm have also filed for their IPOs. Insurance aggregator service PolicyBazaar and online beauty e-commerce firm Nykaa are also expected to file their paperwork for an IPO in the coming weeks.