Obé Fitness’ co-founders/co-CEOs Mark Mullett and Ashley Mills toss around the word “entertrainment” a lot. For the record, it’s not a reference to the Butler County, Ohio-based amusement park that serves as the home of the “world’s largest train display,” but rather one of those industry portmanteaus like infotainment or webinar.

Here it’s meant to be a reference to what the New York-based company sees as its principle differentiator from an increasingly crowded market. Mills describes it as “where entertainment and fitness meet. Talent is key to that. Not also being able to cast talent that can deliver a great workout, but they also have that X Factor. They have the ability to reach across the screen and make you feel something at home.”

The company has been building up an audience of influencers as well, including Kelly Ripa, Kate Hudson and Tiffany Haddish, the latter of whom participated in the $15 million Series A the company is announcing today.

“The capital is really about team growth and awareness in a couple of key business development initiatives,” says Mullett. “In the current climate, where everyone is talking about their various home workouts, you definitely need resources to grow. So this round is about getting Obé in front of as many people as possible.” 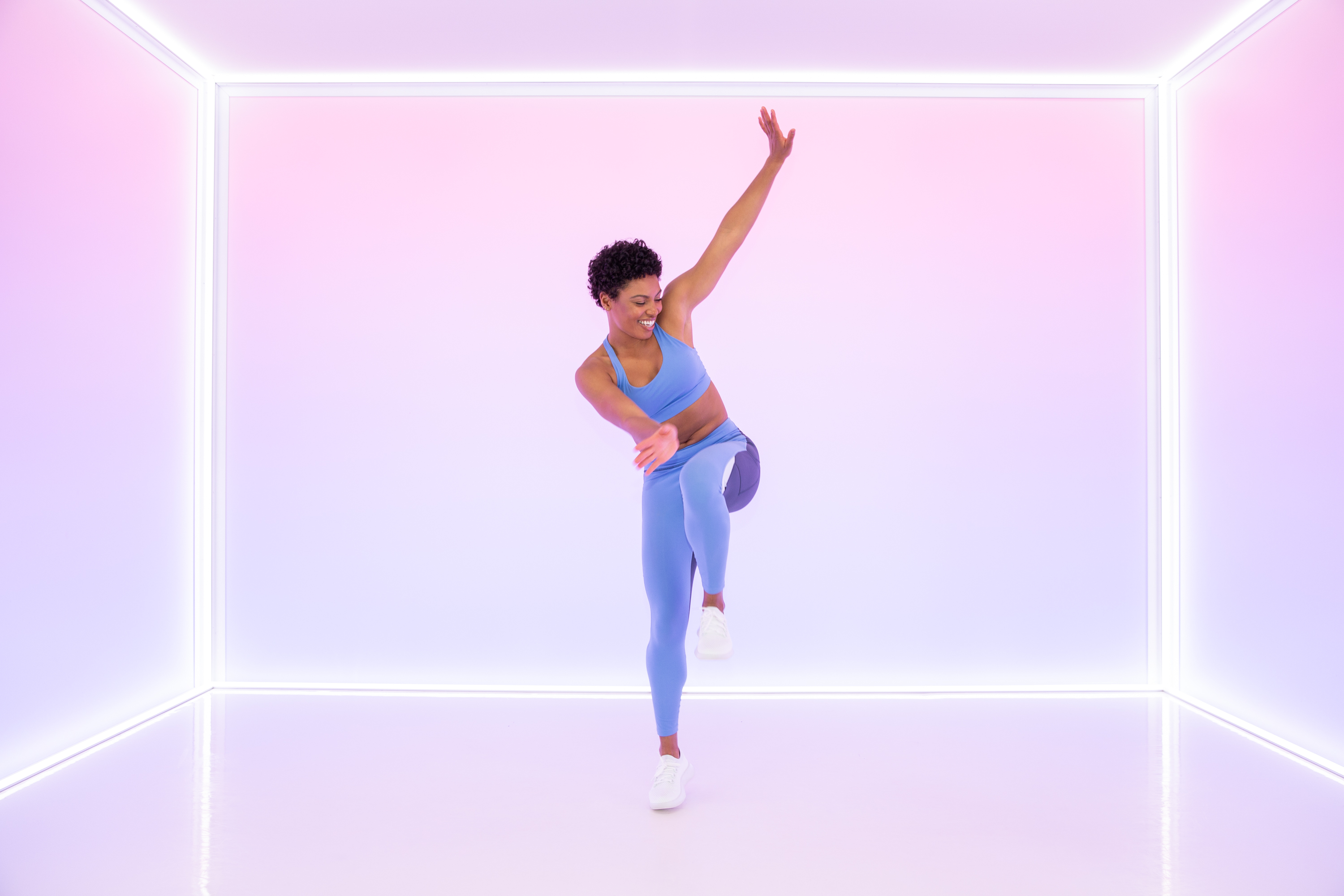 It’s a pretty diverse list of parties with a diverse list of interests in the platform — take Samsung, which currently offers the Obé platform on its smart TVs. Users can also access it on iOS and Android devices and cast it accordingly to their TV sets.

Obé (pronounced “Obey”) bills itself as a “premium” service. At $27, it’s certainly at the higher end, verses offerings like the $10/month Apple Fitness+ or Peleton’s $13 monthly fee. Unlike Peloton, which has proprietary equipment attached, Obé actually skipped the equipment altogether at launch, though it has slowly expanded its offerings to include things like free weights and trampolines for its bounce classes — equipment that’s a bit more forgiving in smaller spaces.

Founded in 2018, the company saw a large increase in users during the pandemic. While Obé doesn’t disclose subscriber counts, its founders told me the platform’s userbase increased 4x last year.

“We started this company three and a half years ago,” says Mullett. “When COVID hit in March of 2020, our team, our talent, our interface — everyone was ready to receive the rush of new users who needed to be sated by movement and by someone who could keep them inspired, sane and confident during a difficult time.”