Not every startup wants to raise venture capital. And then there are those that do want to raise VC money but don’t want to use it for specific things.

In recent years, a number of firms have emerged looking to meet the credit needs of such venture-backed and growth startups: i80 Group is one of those firms.

Former Goldman Sachs investment banker Marc Helwani founded i80 in 2016 after investing in early-stage New York-based fintechs in 2014-2015 via his VC fund, Avenue A Ventures.

“It became very clear to me that fintech was going to explode,” he recalls. “At that time, it was still relatively new. And every time I spoke to a company, they would tell me, ‘We know how to raise VC, but what about the credit?’ I just saw this white space.”

Enter i80. The firm offers credit exclusively, and over the years has quietly committed more than $1 billion to over 15 companies –including real estate marketplace Properly, finance app MoneyLion and SaaS financing company Capchase — that have all raised a significant amount of venture capital but are looking for credit “to help them scale very efficiently and in a non-dilutive manner so they can retain more ownership of their companies,” Helwani said.

Its $1 billion milestone follows fund commitments nearing $500 million from an unnamed “leading global asset manager” as well as other institutional and retail investors. 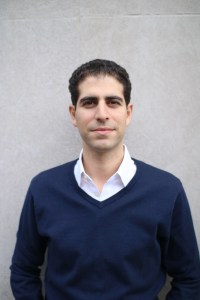 I80 — which derives its name from the highway that connects New York and San Francisco — is mainly focused on the fintech and proptech sectors.

“They are the two centers for the venture ecosystem,” Helwani said. “And we’re trying to be a bridge between those two cities.” I80 has offices in both locations and will soon be opening one in Montreal.

“In a perfect world, venture capital would be called venture equity,” Helwani said. “VCs’ capital is critical for companies to hire and get office space. But when it comes time to do what the actual business is, such as provide loans or buy homes, capital like ours is very accretive without VCs and management losing ownership in the business. In these cases, using both credit and equity makes a lot of sense.”

Helwani is reluctant to call what i80 offers venture “debt.” He says that has a very specific connotation and is what Silicon Valley Bank and others like it do in providing debt as a percentage of a previous equity round. Instead, according to Helwani, i80’s approach is to minimize fees. The vast majority of its deals are “interest-rate related.”

As venture capital rebounds, what’s going on with venture debt?

“With mortgages, for example, we never think about the fees upfront, and focus more on the interest rate,” Helwan said. “We believe the more transparent we are, the more companies will want to work with us.”

I80 conducts quarterly calls with VCs and for now, that’s how it typically sources most of its deal flow. It also gets referrals. Helwani believes that i80 stands out from other firms also offering credit in that it’s “not trying to be credit investors in VC clothing.”

He also thinks that the fact that the i80 team is made of operators, as well as investors, is a contributing factor.

The firm is set to close another half a dozen deals in the next 60 to 90 days, and then plans to set its sights on raising more capital.

“We want to fill this void, and help companies raise money in their subsequent rounds at higher valuations,” Helwani said.