The need for more affordable housing has never been more urgent as a shortage in the U.S. housing market persists.

The California legislature changed laws in 2017 to make it easier to build Accessory Dwelling Units (ADUs). Then on January 1, 2020, the state of California made it dramatically easier to add extra housing units to single-family home sites. Cities and local agencies have to quickly approve or deny ADU projects within 60 days of receiving a permit application. The state also now prevents cities from imposing minimum lot size requirements, maximum ADU dimensions or off-street parking requirements.

Redwood City, California-based Abodu, which builds prefabricated ADUs, was founded in 2018 to serve as a “one-stop shop” for building an ADU, or as some describe it, a home in a backyard. 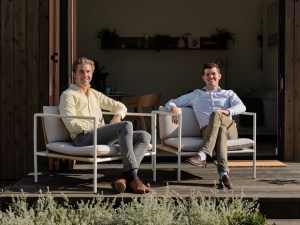 What sets the company apart from others in the space, its execs claim, is that it not only builds and installs the units, it helps homeowners with the painful process of getting permits. Abodu says it pre-approves its structural engineering with California state-level agencies to ensure its units can be built statewide and works with local agencies to pre-approve its foundation systems to ensure projects can proceed on predictable timelines.

It also claims to offer a cheaper and faster process than if one were to build an ADU from start to finish. Specifically, the startup claims that one of its backyard homes can be installed in just 10% of the time it would take for a traditional ADU to be built.

Abodu has been active in the market, selling and building its ADUs since the fall of 2019. Since then, it has put “dozens and dozens” of units in the ground, and has multiple dozen units in production on top of that, according to CEO and co-founder John Geary. So far, it’s operating in the Bay Area, Los Angeles and Seattle. The company claims it can deliver an ADU in as little as 30 days in San Jose and Los Angeles thanks to the cities’ pre-approval process. In other cities in California and Washington, turnaround is “as little as 12 weeks.” But a standard bespoke project takes 4-5 months from start to finish, according to Geary.

The startup’s three products include a 340-square foot studio; a 500-square foot one bedroom, one bath, and a 610-square foot two bedroom unit. All have kitchens and living space.

Pricing starts at $190,000, but the average project cost across all sizes is around $230,000, Geary said, inclusive of permits and site work.

There are a variety of use cases for ADUs, the most popular of which is to house family and for rental income.

“During the pandemic, multigenerational living has been at an all-time high. There are acute family needs that people are trying to solve for,” Geary said. “In addition, folks are earning extra money by renting them out to members of the community such as teachers or fireman, a single person or younger couple.”

Next, Abodu is eyeing the San Diego market.

Earlier this week, we covered the recent raise of Mighty Buildings, another Bay Area-based startup building ADUs and other housing. The biggest difference between the two companies, according to Geary, is that Mighty Buildings is focused on innovation in construction with its 3D-printed method.

“We decided early on that we didn’t want to reinvent the wheel from the construction standpoint,” Geary said. “Instead, we looked at ‘how can we solve for speed and ease?’ ”

Abodu operates with an asset-light model, and doesn’t own any factories. Instead, it has built a network of factory “partners” across the Western U.S. that builds its units depending on how their capacities look at any given time.

“John, Eric, and their team manage the end-to-end process of permitting, building, and installing on behalf of their customers,” he told TechCrunch. “And with the expedited permitting that Abodu has been granted in over two dozen cities, it has faster time-to-installation than other ADU market participants.  The result has been very high levels of customer satisfaction and rapid growth.”

Former Stockton Mayor Tubbs said Abodu is tackling two of California’s most consequential issues: the statewide housing shortage and its impacts on racial and economic segregation in our neighborhoods.

“By making it fast and accessible for normal homeowners to build high-quality backyard housing units, Abodu’s success will mean integrating options for both renters and homeowners in the same neighborhoods, while supporting small landlords and property owners in building equity in their homes,” he wrote via email.

Tubbs went on to describe the speed that Abodu can deliver housing units to customers in certain parts of California “astounding.”
“Abodu’s team has done some of the most difficult legwork for property owners by building local contractor relationships with reliable, vetted, high-quality partners,” he said. “As a homeowner myself, I know the challenges of permitting and finding contractors during construction. It’s this thoughtful attention to detail and customer trust that sets Abodu apart from other similar offerings.”