Off the Grid is a mainstay of the San Francisco culinary scene. The event company, founded by Matt Cohen in 2010, created neighborhood pop-up festivals centered around entrepreneurial food trucks. It was part of the vanguard in the food truck movement, designed to open a path to restaurants for a new generation of ambitious and diverse chefs with inventive ideas around food and the people who enjoy it. 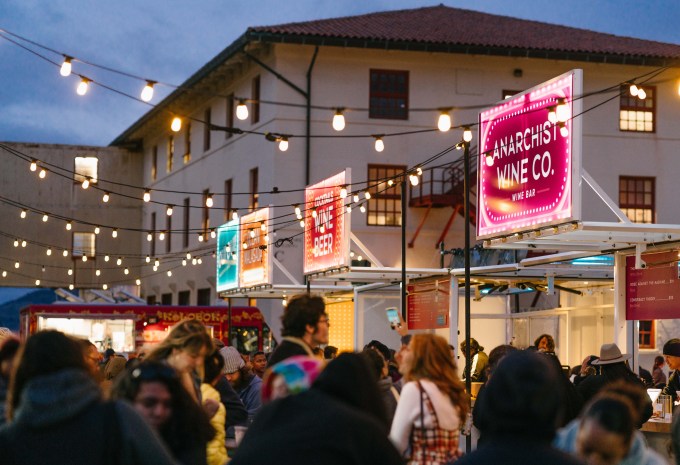 Off the Grid’s food festival in Fort Mason, San Francisco. Image Credits: Off the Grid

Over the years, the festivals grew to extreme popularity (I remember more than once trying to go and realizing that others have way more patience to wait in line than I do), and Off the Grid itself increasingly expanded into catering for events. “[I] built my career on the idea that food is a source of comfort at all different times,” Cohen said.

Well, we do live in different times, don’t we?

The first inklings of a change for the company started back in 2017, when wildfires like those in Sonoma and Napa swept across California. Frontline firefighters, operating at times in remote areas of the state, were often forced to eat what the military dubs MREs, or Meals Ready-to-Eat.

Cohen and his team saw an opportunity. “For a long time in emergency response, people thought about food as calories, not necessarily about allowing local food businesses to sustain themselves,” he said. He noted that MREs are almost universally bland, and that the meals are typically ordered in bulk from outside the state. Could Off the Grid connect the dots by having local restauranteurs cook meals while Off the Grid supplied the logistics to get them to the frontlines?

Those 2017 fires were the first time the company forayed into helping first responders and victims, and Off the Grid along with its restauranteurs supplied an estimated 20,000 people with meals that year. “[We] got an understanding of the market landscape in emergency response,” he said.

Those first trials were accelerated dramatically in 2020 as the COVID-19 pandemic swept across California and the rest of the world. Suddenly, delivered meals were the only means for restaurants to connect to their communities, and the frontlines were no longer in the foothills where the fires were, but everywhere all the time. 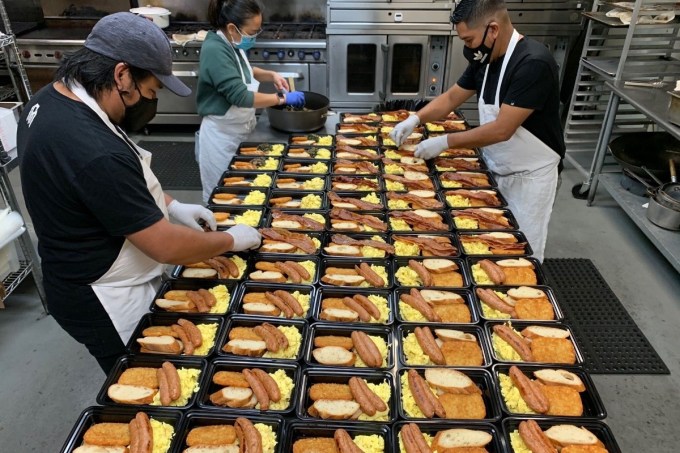 Off the Grid worked with its restaurant partners to scale up food delivery to frontline workers and victims during the pandemic and wildfire season last year. Image Credits: Off the Grid

Off the Grid doubled down on its pivot, seeing an opportunity to provide solace to people at a time of terrible tragedy. “People don’t think of food being delivered during emergencies as delicious, [since] the reality is that people are happy to just have anything to eat,” Cohen said. “But then, delicious food can be a real comfort when the rest of their lives are disrupted.” Over the course of the pandemic, Off the Grid facilitated the delivery of 1.3 million meals with a “rotating list of options, so people can constantly be delighted,” targeting customers ranging from temporary shelters to immunocompromised consumers residing at home.

In addition to giving customers delectable options, the model also helped sustain the local food scene that Off the Grid had spent years growing through its programs. Cohen said the company sees these links as a key tool for building resilient communities, particularly as climate change continues to ravage California and much of the rest of the world.

Last year’s punctuated growth forced the startup to scale up quickly. Food safety and health regulations vary from county to county, which meant that as it delivered meals throughout the greater Bay Area and the rest of California, Off the Grid had to develop scalable processes to handle the paperwork and logistics. That technology is now forming the basis for the next phase of its business as Off the Grid enters its second decade in operation.

“[There are a lot of] unique aspects of food service, in particular licensing and permitting and insurance, and the less sexy things that allow us to operate,” Cohen said. With those logistics increasingly systematized, 2021 is going to be an even more ambitious year for the company. 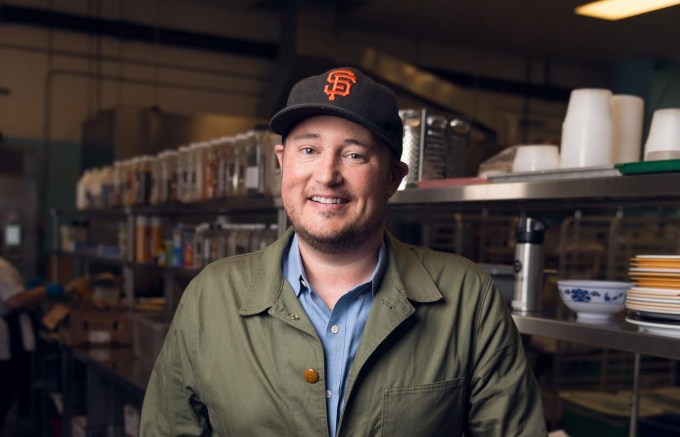 “We actually have been working with the state and the Red Cross to identify 39 counties in the state of California that are at relatively high risk for fire danger, and on-board 200 restaurants … so that in the event there is a fire, we can access them and activate them,” he said. Today, roughly half the company is focused on its emergency response programs.

That doesn’t mean its food festivals will go away. It has reopened its smaller venues in places like Levi’s Plaza near SF’s Coit Tower in North Beach, and it intends to restart its larger festivals as safety guidelines allow. But emergency response is a new, enduring mission for this mission-oriented company. “We’re definitely going to continue to do this as long as there is a need,” Cohen said.