While retail investors grew more comfortable buying cryptocurrencies like Bitcoin and Ethereum in 2021, the decentralized application world still has a lot of work to do when it comes to onboarding a mainstream user base.

Phantom is part of a new class of crypto startups looking to build infrastructure that streamlines blockchain-based applications and provides a more user-friendly UX for navigating the crypto world, something that can make the entire space more approachable to a non-developer audience. Users can download the Phantom wallet to their browsers to interact with applications, swap tokens and collect NFTs.

The crypto wallet startup has banked a $9 million Series A round led by Andreessen Horowitz (a16z), with Variant Fund, Jump Capital, DeFi Alliance, Solana Foundation and Garry Tan also participating. The round, which closed earlier this summer, comes as some venture capital firms embrace a crypto future even as volatility continues to envelop the broader market. Last month, a16z announced a whopping 2.2 billion crypto fund, the firm’s largest vertical-specific investment vehicle ever. 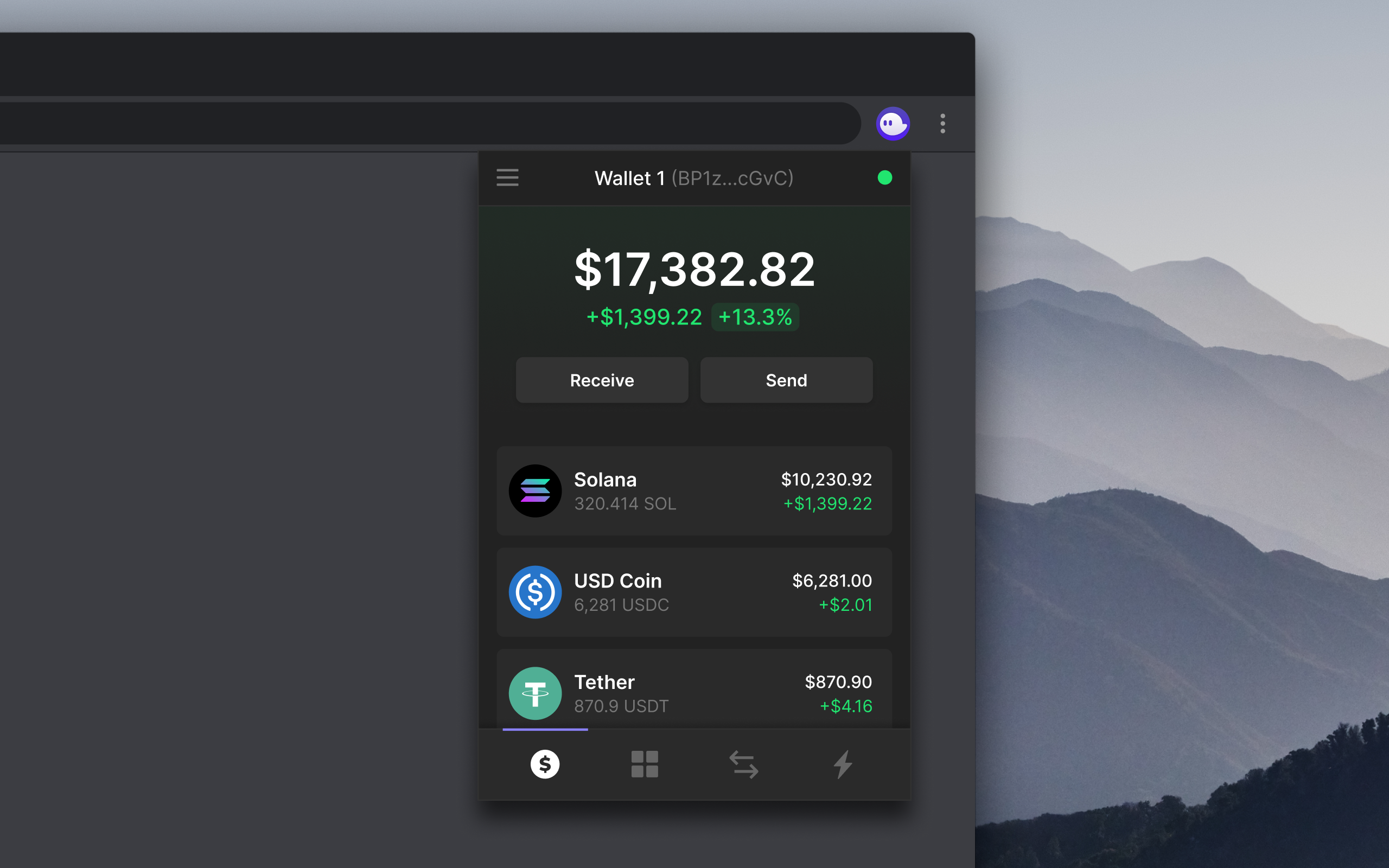 At the moment, Phantom is best-known among the Solana community, where it has become the go-to wallet for applications on that blockchain. The startup’s ambition is to interface with more and more networks, currently building out compatibility with Ethereum and looking to embrace other blockchains, aiming to be a product built for a “multichain world,” Millman tells TechCrunch.

Alongside building out support for other networks, Phantom wants to build more sophisticated DeFi mechanisms right into their wallet, allowing users to stake cryptocurrencies and swap more tokens inside the wallet.

0x lets any app be the Craigslist of cryptocurrency

The startup says they have some 40,000 users of their existing wallet product.

Building out a presence on the popular Ethereum blockchain, which already has a handful of popular wallet providers, will be a challenge, but Phantom’s broadest challenge is helping a new breed of crypto-curious users interface with a network of apps that still have a long way to go when it comes to being mainstream-friendly.

“The entire space is kind of stuck in this ‘built by developers for other developers mode,’ ” Millman says. “This bar has been kind of stuck there, and no one is really stepping up to push the bar up higher.”