Earlier this year, Amazon launched Build It, a fun little program that lets customers preorder concept devices. Think about it like Indiegogo or Kickstarter, where the company will only actually make the product if enough people buy-in via preorder. Obviously Amazon has a significantly larger ability to absorb a misstep than your average first-time hardware startup, but I digress.

This latest round isn’t particularly experimental as far as these things go. The company partnered with fashion mogul Diane von Furstenberg to create new coverings for its popular entry-level smart speaker. The Echo Dot x Diane von Furstenberg is being offered up in three varieties: Midnight Kiss, Ikat or Twigs. It’s not exactly thew new product entries we saw the first time out, which included a sticky note printer, smart scale and Alexa cuckoo clock. 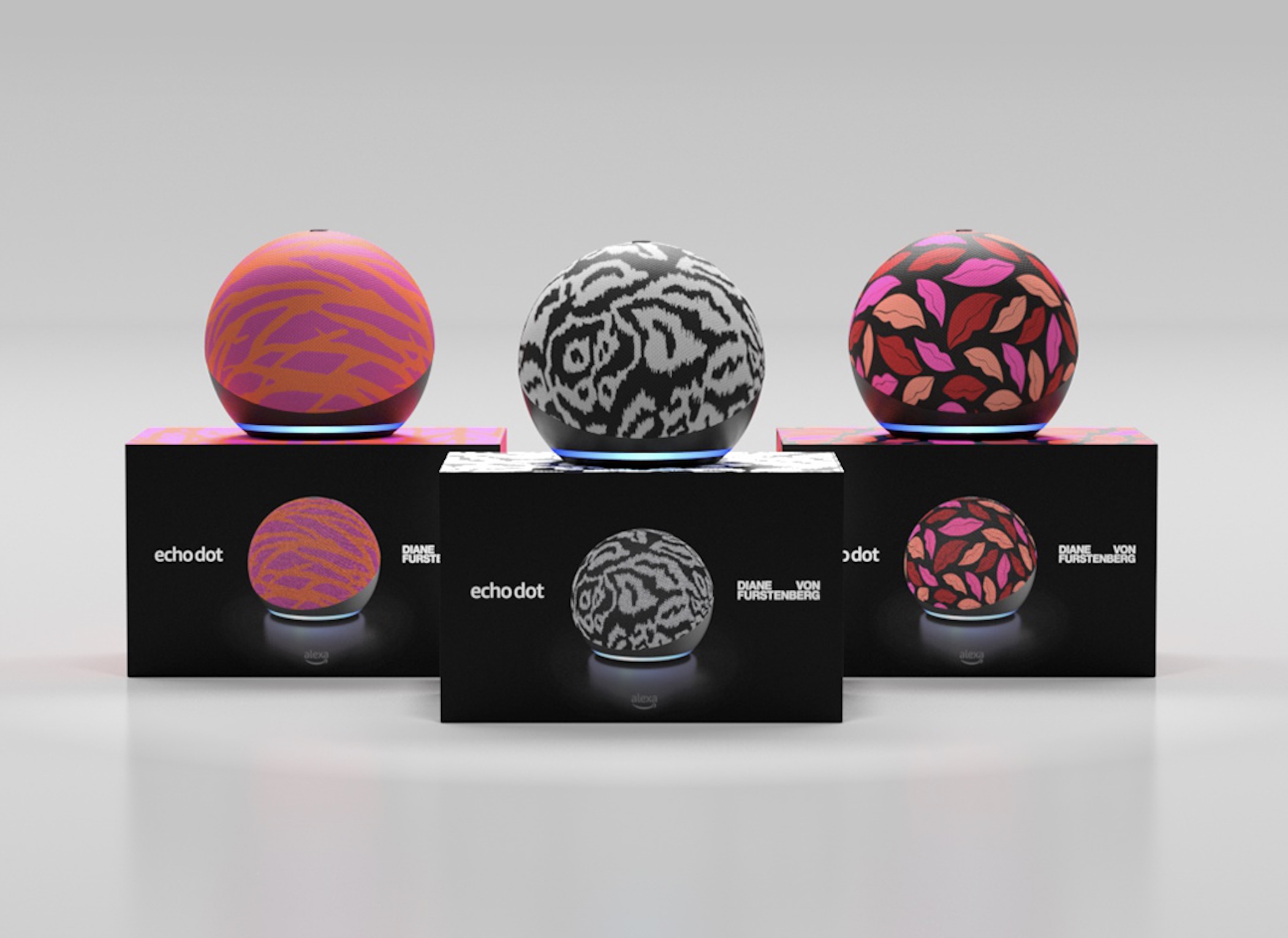 Each runs $59 — the price of the Echo Dot with clock and $10 more than the standard Dot. The product looks to otherwise be the same as the latest gen Echo Dot. The company says it will be donating to Vital Voices, a charity chosen by the designer — though it wouldn’t specify how much when we asked.

Preorders open now and close August 13. If the designs don’t hit their goal, customers won’t be charged. Once they’re live, “a select number of successful prints may be available at full price after the campaign closes, while supplies last,” according to Amazon.

Amazon will let users vote on new Alexa devices with pre-orders, including a cuckoo clock