Masten Space Systems, a startup that’s aiming to send a lander to the moon in 2023, will develop a lunar navigation and positioning system not unlike GPS here on Earth.

Masten’s prototype is being developed as part of a contract awarded through the Air Force Research Laboratory’s AFWERX program. Once deployed, it’ll be a first-of-its-kind off-world navigational system.

Up until this point, spacecraft heading to the moon must carry equipment onboard to detect hazards and assist with navigation. To some extent, it makes sense that a shared navigation network has never been established: Humans have only landed on the moon a handful of times, and while there have been many more uncrewed landings, lunar missions still haven’t exactly been a regular occurrence.

But as the costs of going to orbit and beyond have drastically decreased, thanks in part to innovations in launch technology by companies like SpaceX, space is likely to get a lot busier. Many private companies and national space divisions have set their sights on the moon in particular. Masten is one of them: It was chosen by NASA to deliver commercial and private payloads to a site near the Haworth Crater at the lunar south pole. That mission, originally scheduled for December 2022, was pushed back to November 2023.

Other entities are also looking to go to the moon. Chief amongst them is NASA with its Artemis program, which will send two astronauts to the lunar surface in 2024. These missions will likely only increase in the coming decades, making a common navigation network more of a necessity.

“Unlike Earth, the moon isn’t equipped with GPS so lunar spacecraft and orbital assets are essentially operating in the dark,” Masten’s VP of research and development Matthew Kuhns explained in a statement.

The system will work like this: Spacecraft will deploy position, navigation and timing (PNT) beacons onto the lunar surface. The PNT beacons will enable a surface-based network that broadcasts a radio signal, allowing spacecraft and other orbital assets to wirelessly connect for navigation, timing and location tracking. 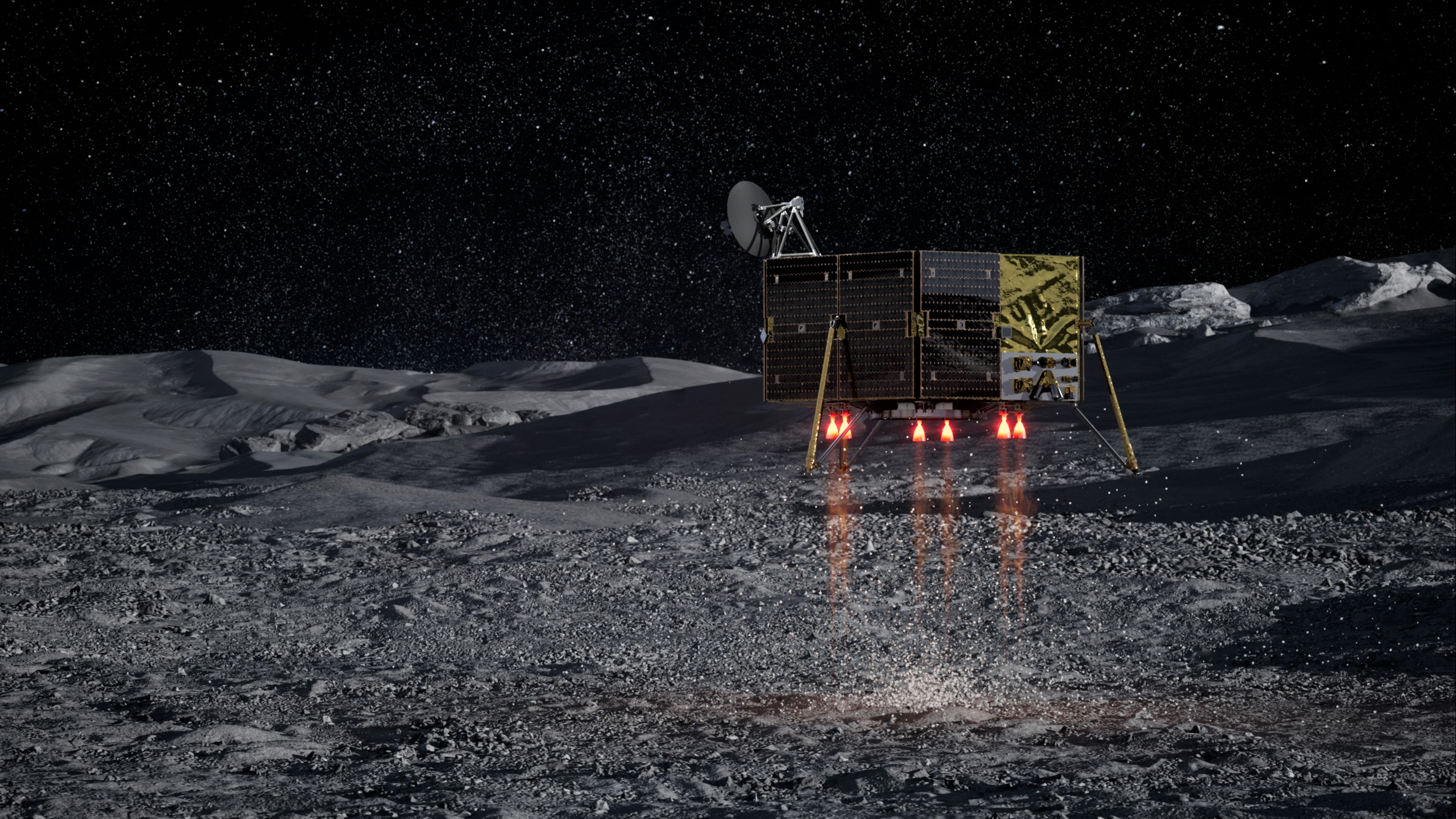 The company already concluded Phase I of the project, which involved completing the concept design for the PNT beacons. The bulk of the engineering challenge will come in Phase II, when Masten will develop the PNT beacons. They must be able to withstand harsh lunar conditions, so Masten is partnering with defense and technology company Leidos to build shock-proof beacon enclosures. The aim is to complete the second phase in 2023.

“By establishing a shared navigation network on the moon, we can lower spacecraft costs by millions of dollars, increase payload capacity and improve landing accuracy near the most resource-rich sites on the moon,” Kuhns said.