High-profile investors are doubling down on their bets to explore the future of social commerce in India. DealShare said on Thursday it has raised $144 million in a new financing round as it looks to expand its presence in the South Asian market and eye opportunities in international markets.

The new financing round, a Series D, was led by Tiger Global and valued the Indian startup at $455 million (post-money), up from the pre-money valuation of $50 million in Series C. TechCrunch reported in April that the New York-based hedge fund was in talks to lead a large round in the Bangalore-headquartered startup.

WestBridge Capital, Alpha Wave Incubation (a venture fund backed by ADQ, and managed by Falcon Edge Capital), Z3Partners, Partners of DST Global and Alteria Capital also participated in the new round, third in the last seven months and which brings the startup’s to-date raise to $183 million.

Even as Amazon and Flipkart have been able to create a sizable market in the urban Indian cities, much of the nation remains still underserved. (Fun fact: DealShare kickstarted its journey the day Walmart acquired Flipkart.)

DealShare, which began as an e-commerce platform on WhatsApp, where it offered hundreds of products to consumers, is attempting to reach consumers in smaller Indian cities and towns. The startup says customers on its platform buy curated items in groups, which makes purchases “highly competitive” in affordability. The average cart size on DealShare is between $16 to $19, the startup said.

The startup, which competes with SoftBank and Prosus Ventures-backed Meesho, offers “high-quality, low-priced essentials coupled with a gamified, fun and virality-driven vernacular shopping experience that makes it easy for first-time internet users to experience online shopping,” its executives said.

The community purchasing, they said, enables “ultra-low-cost delivery mechanism” and ensures “best-in-class unit economics.” DealShare has amassed over 1000+ microentrepreneur partners who help it promote the community group buying model in the country.

“We plan to strengthen our network further and increase it to 5,000+ by this year end. Along with this, we are planning to fuel the growth by building state-of-the-art technology and infrastructure-related assets, which will ensure efficiency,” said Sankar Bora, founder and chief operation officer, DealShare. 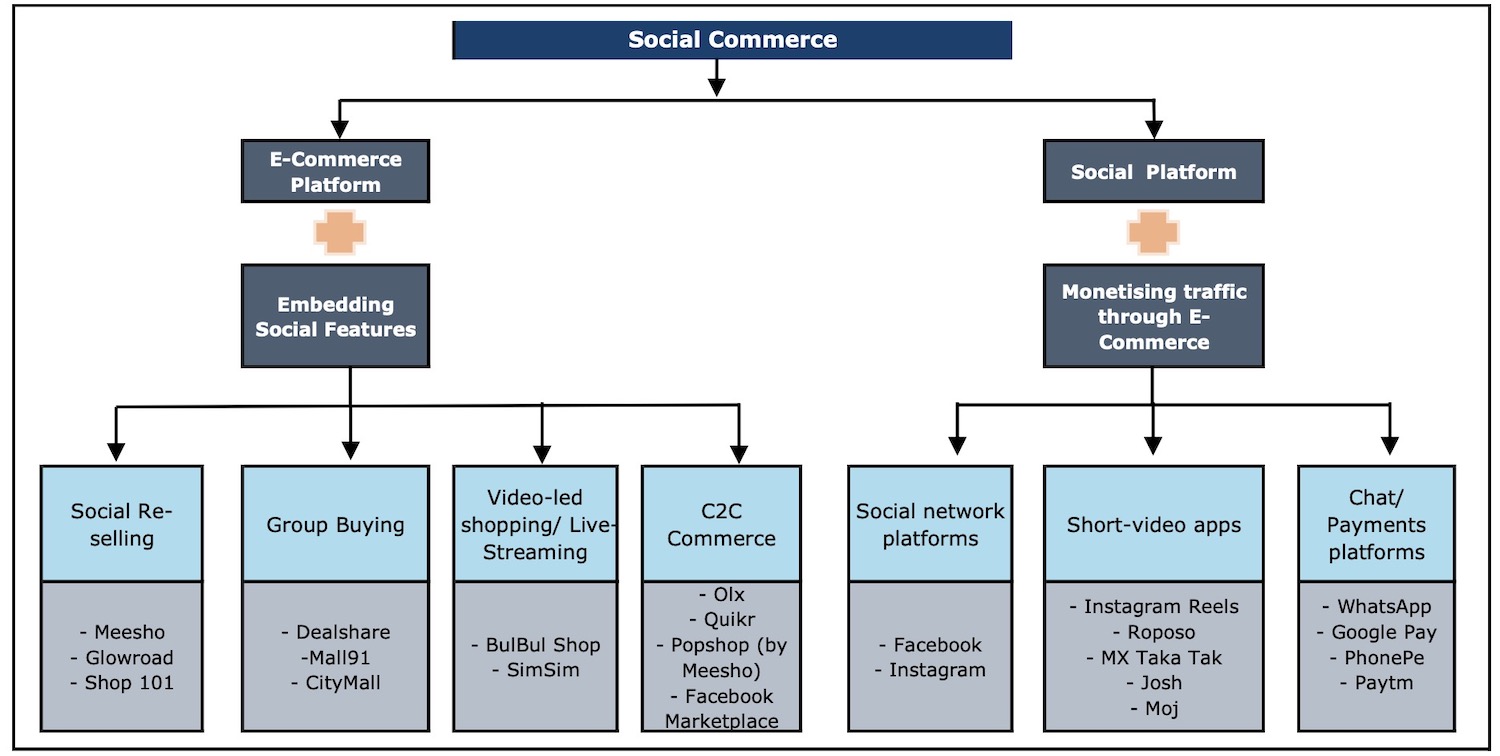 “We are excited to partner with DealShare as they grow the Indian E-commerce market. DealShare’s unique approach combines discovery-led social sharing, group buying, and a gamified shopping experience with a simple consumer interface. They are well positioned to power the next wave of Indian e-commerce growth,” said Griffin Schroeder, partner at Tiger Global, in a statement.

DealShare expects to break even in the next 12 months and will also expand to international markets, said Navroz Udwadia, co-founder and chief executive of Falcon Edge Capital. The expansion will start with the UAE, he added.

Social commerce, which combines commerce with social media, is in its infancy in India but has potential to become mainstream, analysts at Jefferies wrote in a recent report.

“Forays by Reliance and Tata Group are already causing tremors in the e-commerce ecosystem and social commerce has potential to further proliferate. China comparison suggests significant potential. Meesho, among the pioneers in India, is already at $1.4 billion GMV (Mar-21 run-rate),” they added.