The pandemic has been a time for a lot of reflection on both a personal and business level. Tech companies in particular are assessing whether they will ever again return to a full-time, in-office approach. Some are considering a hybrid approach and some may not go back to a building at all. Amidst all this, Dropbox has decided to reimagine the office with a new concept they are introducing this week called Dropbox Studios.

Dropbox CEO and co-founder Drew Houston sees the pandemic as a forcing event, one that pushes companies to rethink work through a distributed lens. He doesn’t think that many businesses will simply go back to the old way of working. As a result, he wanted his company to rethink the office design with one that did away with cube farms with workers spread across a landscape of cubicles. Instead, he wants to create a new approach that takes into account that people don’t necessarily need a permanent space in the building.

“We’re soft launching or opening our Dropbox Studios [this] week in the U.S., including the one in San Francisco. And we took the opportunity as part of our focus to reimagine the office into a collaborative space that we call a studio,” Houston told me.

Houston says that the company really wanted to think about how to incorporate the best of working at home with the best of working at the office collaborating with colleagues. “We focused on having really great curated in-person experiences, some of which we coordinate at the company level and then some of which you can go into our studios, which have been refitted to support more collaboration,” he said. 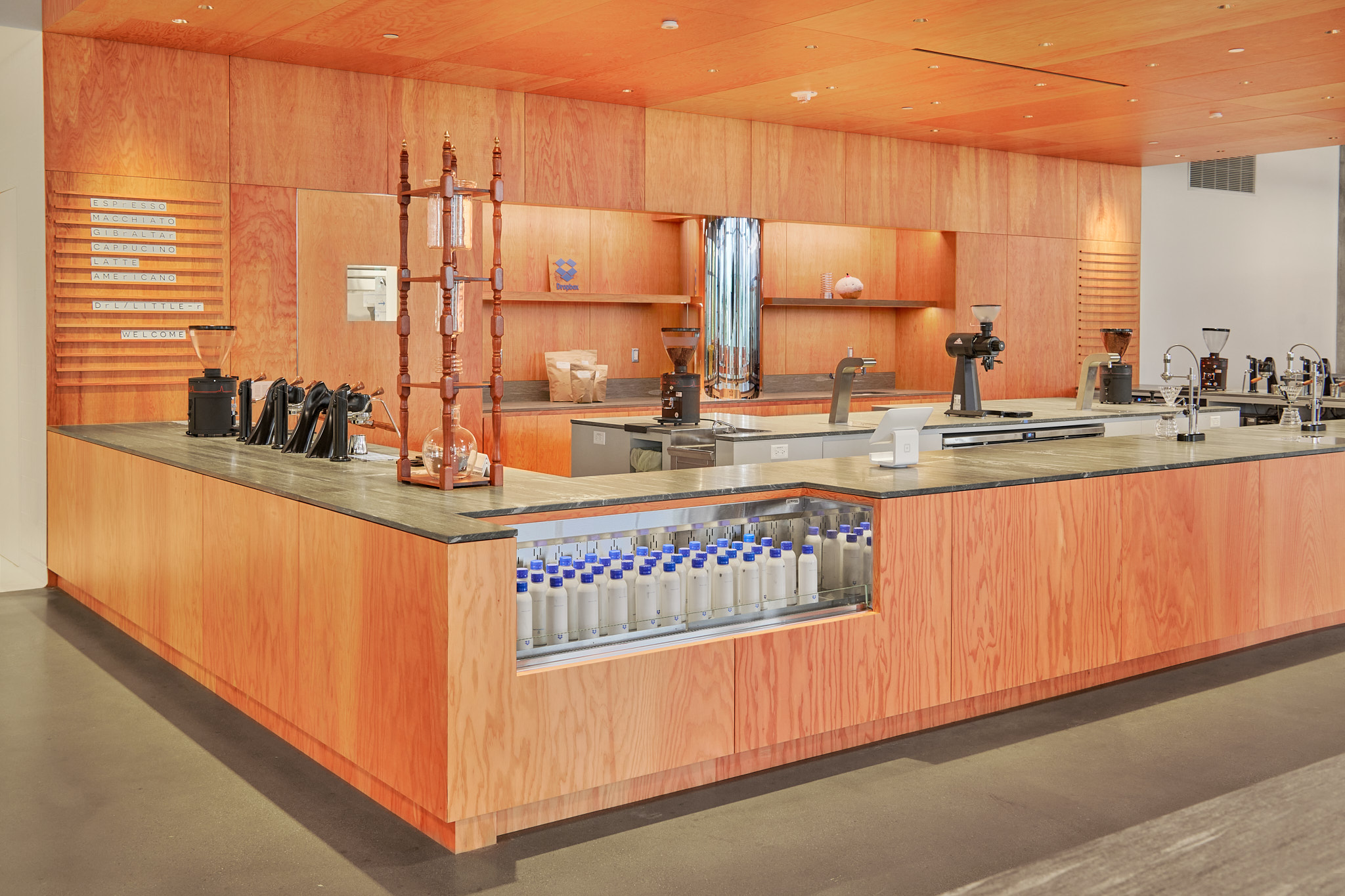 To that end, they have created a lot of soft spaces with a coffee shop to create a casual feel, conference rooms for teams to have what Houston called “on-site off-sites” and classrooms for organized group learning. The idea is to create purpose-built spaces for what would work best in an office environment and what people have been missing from in-person interactions since they were forced to work at home by the pandemic, while letting people accomplish more individual work at home.

The company is planning on dedicated studios in major cities like San Francisco, Seattle, Tokyo and Tel Aviv with smaller on-demand spaces operated by partners like WeWork in other locations. 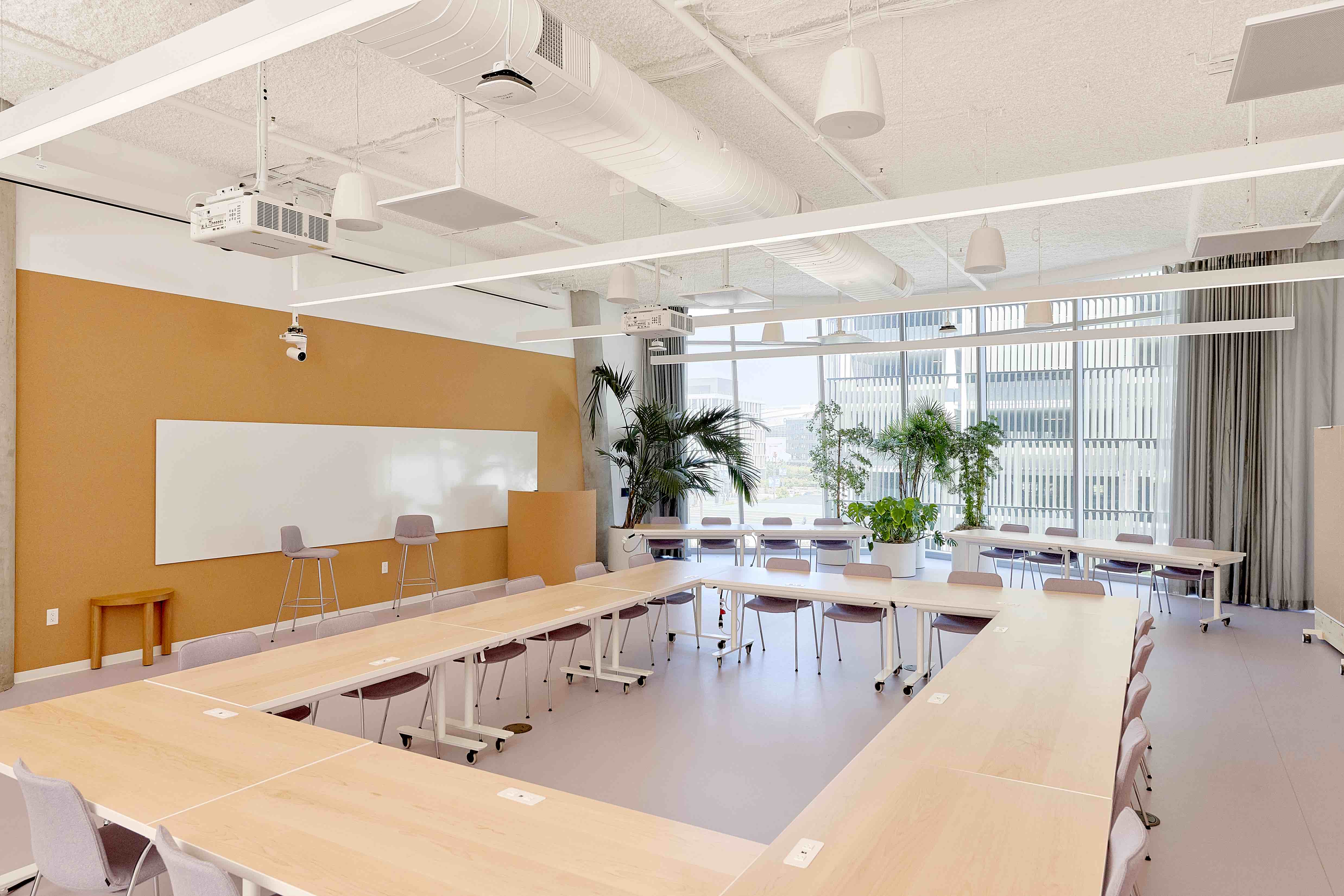 As Houston said when he appeared at TechCrunch Disrupt last year, his company sees this as an opportunity to be on the forefront of distributed work and act as an example and a guide to help other companies as they undertake similar journeys.

“When you think more broadly about the effects of the shift to distributed work, it will be felt well beyond when we go back to the office. So we’ve gone through a one-way door. This is maybe one of the biggest changes to knowledge work since that term was invented in 1959,” Houston said last year.

He recognizes that they have to evaluate how this is going to work and iterate on the design as needed, just as the company iterates on its products and they will be evaluating the new spaces and the impact on collaborative work and making adjustments when needed. To help others, Dropbox is releasing an open-source project plan called the Virtual First Toolkit.

The company is going all-in with this approach and will be subletting much of its existing office space as it moves to this new way of working and its space requirements change dramatically. It’s a bold step, but one that Houston believes his company is uniquely positioned to undertake, and he wants Dropbox to be an example to others on how to reinvent the way we work.