Stellantis, the global automaker born out of a merger between Fiat Chrysler Automobiles and French automaker Groupe PSA, will invest €30 billion ($35.5 billion) in electric vehicles and new software over the next four years as part of a major push to transition away from internal combustion engines.

The world’s fourth-largest automaker joins rivals such as General Motors and Volkswagen in earmarking billions toward EV investments through the first part of the decade. Among the company’s plans are manufacturing an electric Dodge muscle car and an electric Ram pickup truck, both by 2024. Stellantis also said it would offer an electric or plug-in model in every vehicle segment under its Jeep brand by 2025.

The ultimate aim, CEO Carlos Tavares said during the company’s inaugural EV Day event on Thursday, is to hit sales targets for low-emission vehicles (including plug-ins) of 70% in Europe and 40% in the U.S. by 2030.

Stellantis has been slower to electrify than some of its rivals, perhaps due in part to its lineup’s best-sellers skewing toward performance and heavy-duty models. The company designs and manufactures cars across over a dozen brands, including Jeep, Chrysler, Ram Trucks and Dodge. Its major brands in Europe include Peugeot, Vauxhall, Citroen and Fiat.

In order to deliver on its electrification strategy, Stellantis executives said that the company will also manufacture 130 gigawatt hours of battery capacity by 2025 and around 260 gigawatt hours across five factories in North America and Europe by 2030. The company will use two battery chemistries by 2024, with the goal of developing solid-state battery technology by 2026. 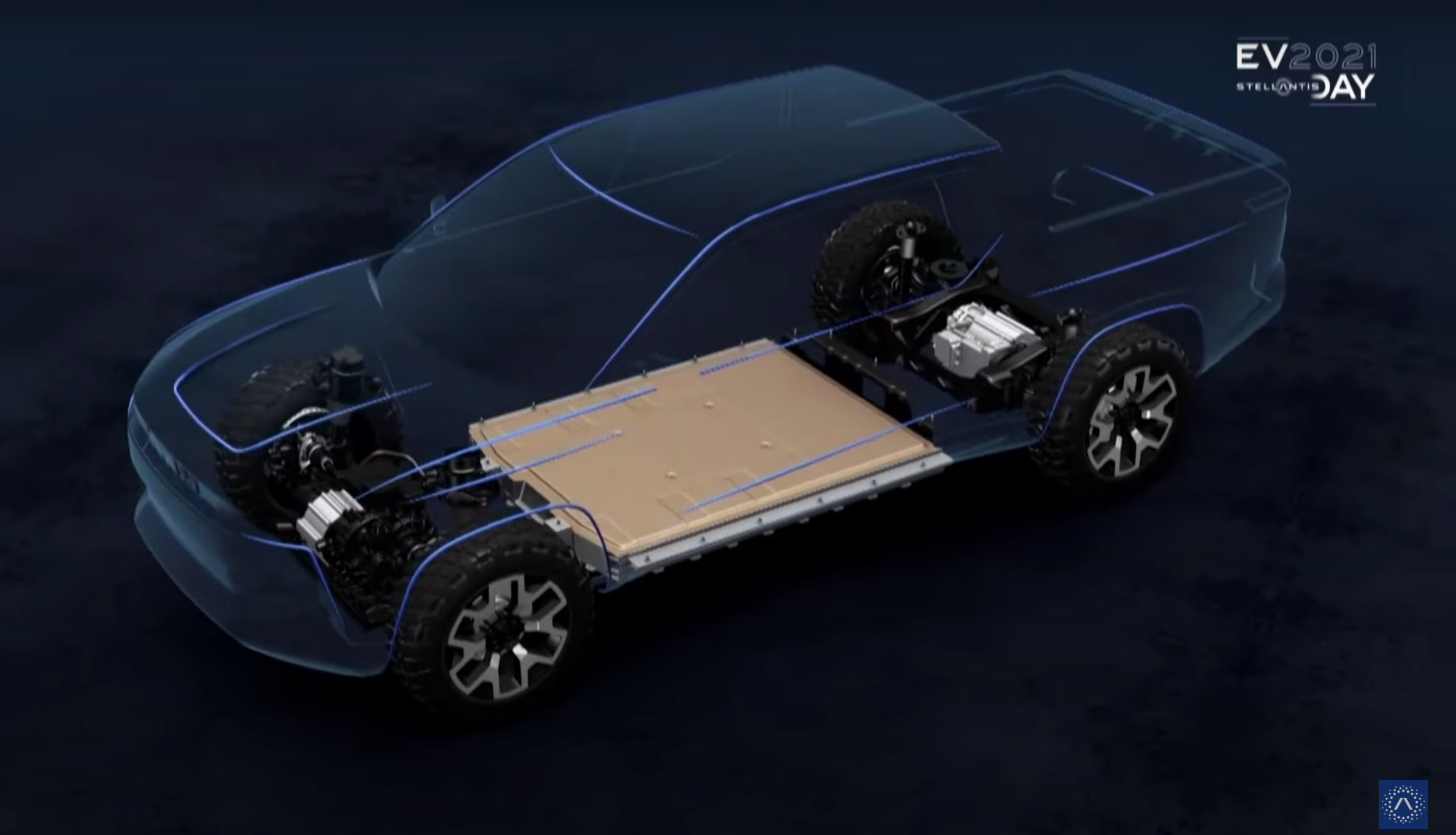 The car giant is also developing a portfolio of four dedicated electric vehicle platforms: Small, for city driving; Medium, for premium vehicles; Large, for performance and muscle models; and Frame, for trucks and heavy-duty vehicles. The platforms will have a range of up to 300 miles for Small and 500 miles for Large and Frame. The aim is to decrease battery costs by 40% by 2024, Stellantis CFO Richard Palmer said.