Fittingly, we don’t know a lot about Nothing. The young hardware startup has, however, done a stellar job building hype around precisely that fact. In the lead up to the July 27 launch of the company’s first product, the Ear (1), the Nothing marketing machine has released information in drabs and drabs.

Ahead of the event, we sat down with founder Carl Pei for a wide ranging interview about launching his latest hardware company. During the conversation, he revealed some additional information about the upcoming fully wireless earbuds.

“It’s going to have leading features like noise cancellation and great build quality,” Pei told TechCrunch. “Because we’re primarily going to be focused on online sales channels, we are going to be able to [make it] — I wouldn’t say ‘affordable,’ but quite a fair price to consumers. With the Ear (1), it’s a much more costly design to realize than a standard, non-transparent design. I think it’s going to be a good price at $99 USD, €99 Euros and £99. Feature-wise, it’s similar to the AirPods Pro, but the AirPods Pro is $249.”

Pricing in the earbud market is all over the place at the moment, of course. Apple is holding up the high end of the mainstream with its AirPods Pro. Sony’s latest manage to edge that out into truly premium pricing at $280. At the other end of the spectrum, meanwhile, it’s easy to snag a pair of buds for well under $50, though at the low end of the market, your mileage will vary. 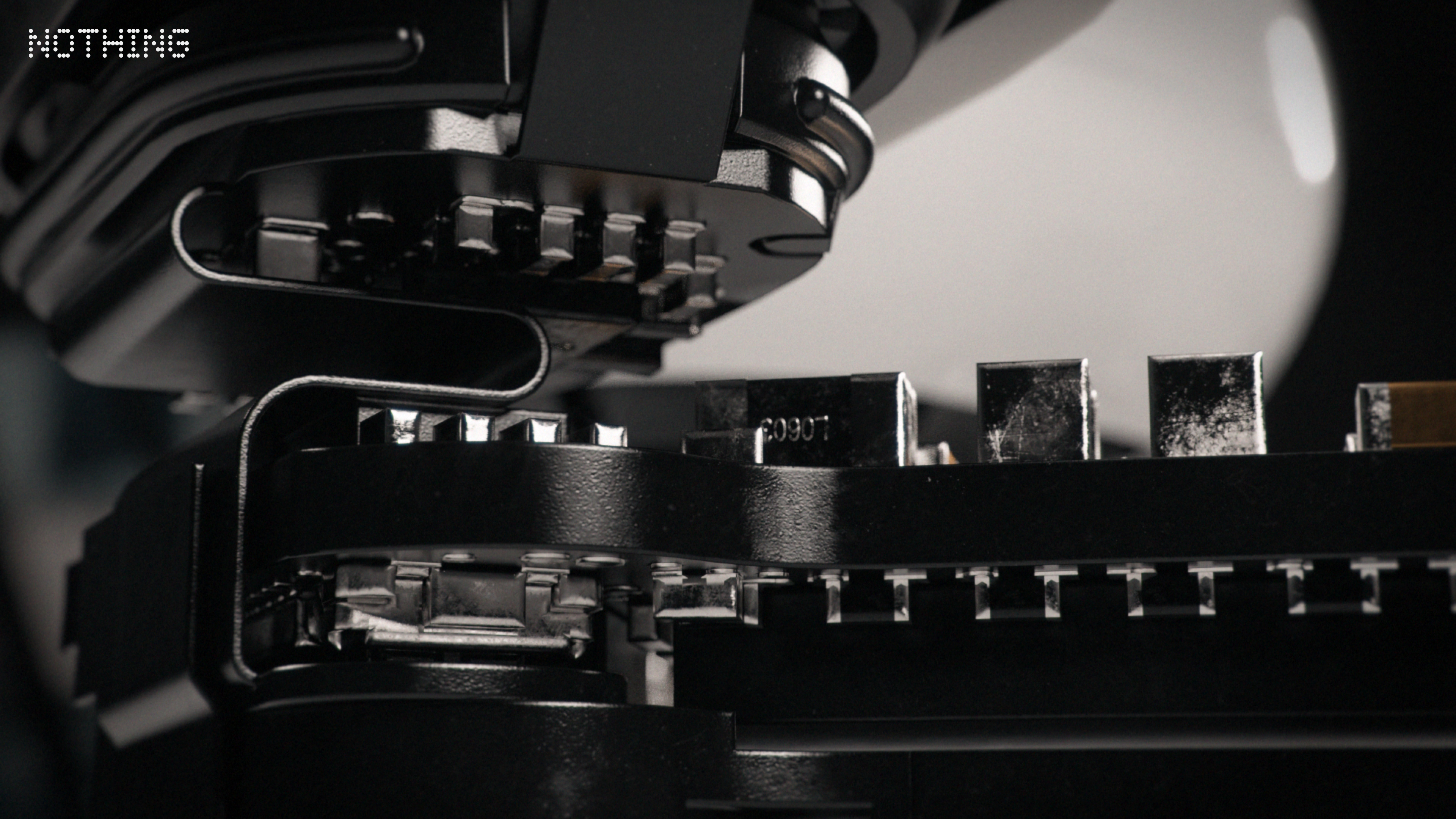 The Ear (1)s are aggressively priced at $99 – putting them in the same pricing category as the Samsung Galaxy Buds and the recently released Google Pixel Buds-A. Though Pei promises Nothing’s product will have the upper hand with an AirPods Pro-like feature set, including active noise cancelling. In an email to TechCrunch, the company says the ANC will arrive via three “high definition” mics. Pei added that the IP purchased from Essential won’t appear in this first product.

“[B]efore we were called Nothing, ‘Essential’ was one of the names we were brainstorming, internally,” said Pei. “So that’s why we’ve acquired the trademark. We don’t have any plans to do anything with Essential.”

Still, he stresses that it’s not a features race for Nothing. “If you look at what kids want to become today, they want to be TikTokers, or YouTubers,” Pei tells TechCrunch. “Maybe it’s because technology isn’t as inspiring as before. We talked to consumers, and they don’t care as much as a couple of years ago, either. If you look at what brands are doing in their communication, it’s all about features and specs. There’s nobody in this space trying to like with a higher purpose.”

The ‘higher purpose’ here is Nothing’s broader ecosystem play, connectivity and making users’ “digital lives more seamless.” It’s also, as the name implies, an attempt to make tech that gets out of its own way. That’s, in part, is the job of the aesthetics. We do know that the buds will be transparent – a design decision that contributed to the delayed launch.

“It turns out, there’s a reason why there’s not a lot of transparent consumer tech products out there,” Pei said. “It’s really, really hard to make it high quality. You need to ensure that everything inside looks just as good as the outside. So that’s where the team has been iterating. You probably wouldn’t notice the differences between each iteration. It could be getting the right magnets — as magnets are usually designed to go inside of a product and not be seen by the consumer — to figuring out the best type of gluing. You never have to solved that problem if you have a non-transparent product, but what kind of glue will keep the industrial design intact?”

Nothing is relying on direct sales to drive down costs, with an initial focus on U.K., India, Europe and North America, followed by Japan, Korea and other countries. Pei says the company is still in process of negotiating additional markets. The Ear (1) are the first of three products the company currently has in its pipeline.