VividQ, a UK-based deeptech startup with technology for rendering holograms on legacy screens, has raised $15 million to develop its technology for next-generation digital displays and devices. And it’s already lining up manufacturing partners in the US, China and Japan to do it.

The funding round, a Seed extension round, was led by UTokyo IPC, the venture investment arm for the University of Tokyo. It was joined by Foresight Williams Technology (a joint collaboration between Foresight Group and Williams Advanced Engineering), Japanese Miyako Capital, APEX Ventures in Austria, and the R42 Group VC out of Stanford. Previous investors University of Tokyo Edge Capital, Sure Valley Ventures, and Essex Innovation also participated.

The funding will be used to scale VividQ’s HoloLCD technology, which, claims the company, turns consumer-grade screens into holographic displays.

Founded in 2017, VividQ has already worked with ARM, and other partners, including Compound Photonics, Himax Technologies, and iView Displays.

The startup is aiming its technology at Automotive HUD, head-mounted displays (HMDs), and smart glasses with a Computer-Generated Holography that projects “actual 3D images with true depth of field, making displays more natural and immersive for users.” It also says it has discovered a way to turn normal LCD screens into holographic displays.

“Scenes we know from films, from Iron Man to Star Trek, are becoming closer to reality than ever,” Darran Milne, co-founder and CEO of VividQ, said. “At VividQ, we are on a mission to bring holographic displays to the world for the first time. Our solutions help bring innovative display products to the automotive industry, improve AR experiences, and soon will change how we interact with personal devices, such as laptops and mobiles.” 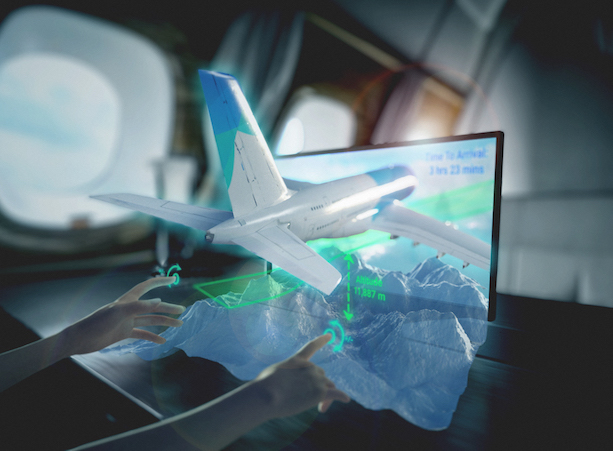 Mikio Kawahara, chief investment officer of UTokyo IPC, said, “The future of display is holography. The demand for improved 3D images in real-world settings is growing across the whole display industry. VividQ’s products will make the future ambitions of many consumer electronics businesses a reality.”

Hermann Hauser, APEX Ventures’ advisor, and co-founder of Arm added: “Computer-Generated Holography recreates immersive projections that possess the same 3D information as the world around us. VividQ has the potential to change how humans interact with digital information.”

Speaking on a call with me, Milne added: “We have put the technology on gaming laptops that can actually take make use of holographic displays on a standard LCD screen. So you know the image is actually extending out of the screen. We don’t use any optical trickery.”

“When we say holograms, what we mean is a hologram is essentially an instruction set that tells light how to behave. We compute that effect algorithmically and then present that to the eye, so it’s indistinguishable from a real object. It’s entirely natural as well. Your brain and your visual system are unable to distinguish it from something real because you’re literally giving your eyes the same information that reality does, so there’s no trickery in the normal sense,” he said.

If this works, it could certainly be a transformation, and I can see it being married very well with technology like UltraLeap.