Ro, a direct-to-consumer virtual care company, has scooped up Kit, an at-home diagnostics company with an array of customizable products, from finger prick blood tests to weight measurement tools. The price was undisclosed.

Ro co-founder Zachariah Reitano said that he first approached Kit as a potential customer, hoping to integrate its quality testing into its platform. Him and Kit’s co-founders, Philip Fung and Erik Salazar, bonded over shared missions to become a vertically-integrated primary care platform, as well as the current issues that stop consumers from accessing care. The synergy eventually drove Ro to scoop up the 17-month old business.

Kit partners with health insurers, clinical trials, self-insured employers and telehealth platforms to create customizable at-home diagnostic tests. It essentially serves as a white-label solution for physicians, giving them an ordering portal for them to request and tweak the tests that can eventually be delivered to consumers. The company’s in-network approach comes as a contrast to Ro’s vision of direct-to-consumer healthcare, so it will be key to see how Kit customers are impacted by the transaction and if You can bring down prices to hit consumer-friendly benchmarks.

Reitano stressed Kit’s consumer-friendly UX. Consumers will receive a Kit box on their doorstep, with steps to download the Kit app so they can get step-by-step guidance on how to self-administer their test. There’s other bits within the box, such as a hand warmer to increase blood flow or a piece of foam to practice on (instead of skin). 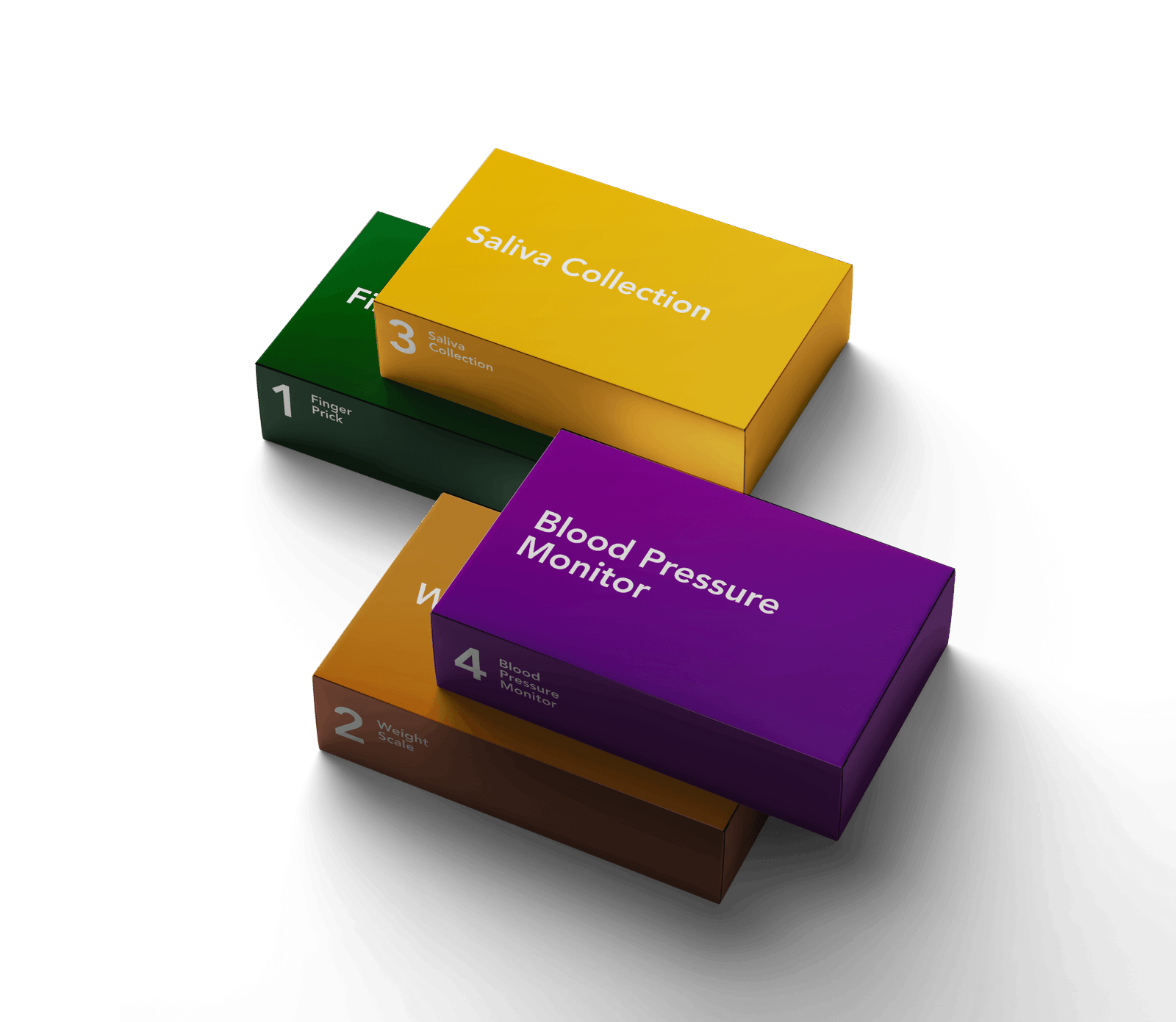 “When I first used Kit, I genuinely felt like I was living in the future,” Reitano said. “And that doesn’t happen very frequently.” He declined to name specific competitors, but said that other at-home diagnostic companies have “processes that feel very antiquated” with pamphlets and confusing instructions. Two of the leading players in the at-home testing space are Everlywell and LetsGetChecked, which both have raised hundreds of millions in venture capital. Kit raised only a $3.3 million seed round before getting acquired, with investments from Expa, Sherpalo Ventures, South Park Commons, Slow Ventures and Village Global, per Crunchbase.

“There’s a fragmentation of care, fragmentation of data and providers aren’t kept in the loop,” Reitano said. “And we have so much work to do, but Kit is such an important and essential piece in that infrastructure to again bring more and more of a patient’s care under the same roof.”

As part of the acquisition, Ro has added its first lab to its brand. It will now have access to Kit’s CLIA-certified and CAP-accredited lab, which it owns and operates in San Francisco, CA.

Ro’s acquisition of Kit is its third acquisition in the past 12 months. In December 2020, it acquired Workpath, an in-home care API that allows it to send professionals to a patient’s home or conduct diagnostic tests – which will eventually be broadened by Kit’s product. In May 2021, Ro bought Modern Fertility for north of $225 million, which will help it add fertility testing and proactive, reproductive health services to its women’s health offerings. Modern Fertility offers a $129 hormone test for consumers to take at home, a product that will jive with Kit’s host of services.

Becoming a mass consolidator in the digital health space was a hope, not an expectation, says Reitano. From a technical perspective, Ro is now juggling the integration of three startups into its service -with perhaps even more acquisitions on the way. Naturally, the company could face friction when trying to integrate new and existing customers without breaking service – and it could similarly find that lowering costs of high quality, high touch products like diagnostics may not be as possible as generic drugs.

Still, Reitano thinks that the big opportunity for any company that joins his company is that Ro has scale, with millions of patients across 50 states. Scale can reduce costs, and in this case, supercharge an 16-month old company into a brand that is most recently valued at $5 billion.