Instagram is building its own version of Twitter’s Super Follow with a feature that would allow online creators to publish “exclusive” content to their Instagram Stories that’s only available to their fans — access that would likely come with a subscription payment of some kind.

Instagram confirmed that the screenshots of the feature recently circulated across social media are from an internal prototype that’s now in development, but not yet being publicly tested. The company declined to share any specific details about its plans, saying they’re not at a place to talk about this project just yet. 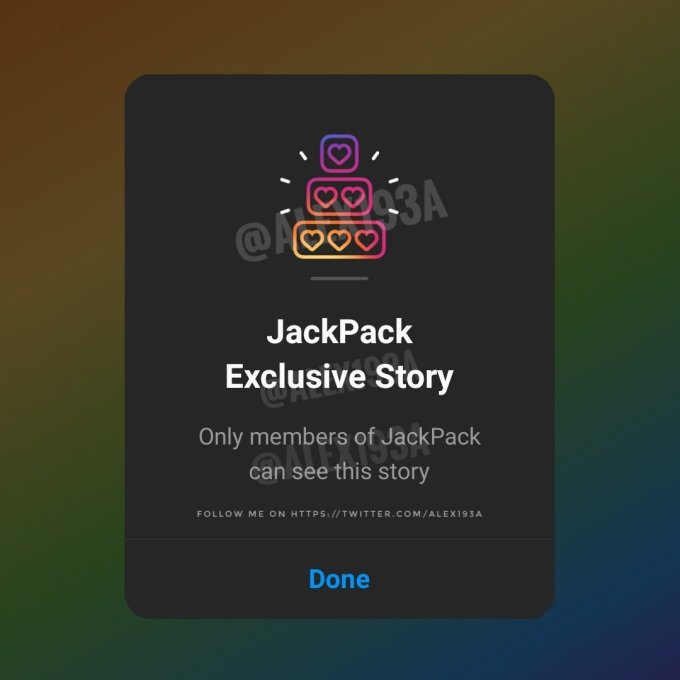 The screenshots, however, convey a lot about Instagram’s thinking, as they show a way that creators could publish what are being called “Exclusive Stories” to their accounts, which are designated with a different color (currently purple). When other Instagram users come across the Exclusive Stories, they’ll be shown a message that says that “only members” can view this content. The Stories cannot be screenshot, either, it appears, and they can be shared as Highlights. A new prompt encourages creators to “save this to a Highlight for your Fans,” explaining that, by doing so, “fans always have something to see when they join.”

The Exclusive Stories feature was uncovered by reverse engineer Alessandro Paluzzi, who often finds unreleased features in the code of mobile apps. Over the past week, he’s published a series screenshots to an ongoing Twitter thread about his findings. 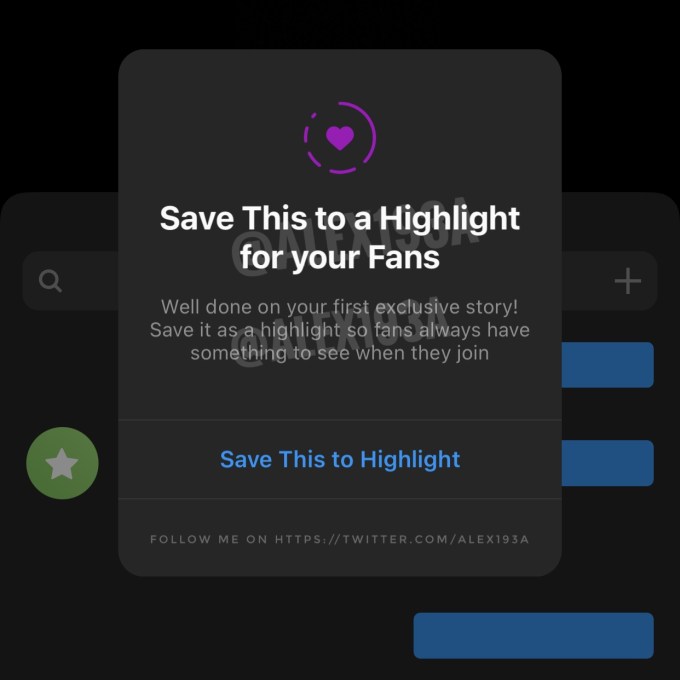 Exclusive Stories are only one part of Instagram’s broader plans for expanded creator monetization tools.

The company has been slowly revealing more details about its efforts in this space, with Instagram Head Adam Mosseri first telling The Information in May that the company was “exploring” subscriptions along with other new features, like NFTs.

Paluzzi also recently found references to the NFT feature, Collectibles, which shows how digital collectibles could appear on a creator’s Instagram profile in a new tab. 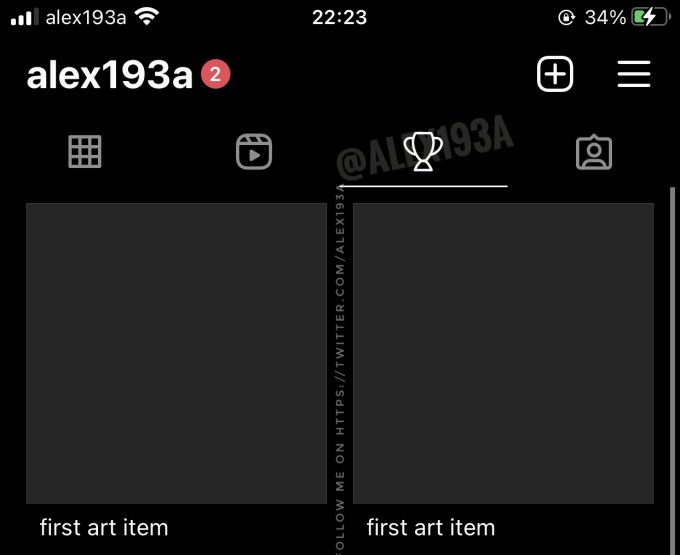 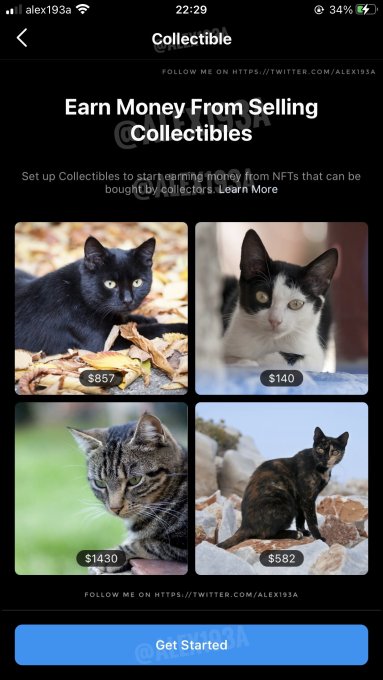 Instagram, so far, hasn’t made a public announcement about these specific product developments, instead choosing to speak at a high level about its plans around things like subscriptions and tips.

For example, during Instagram’s Creator Week in early June — an event that could have served as an ideal place to offer a first glimpse at some of these ideas — Mosseri talked more generally about the sort of creator tools Instagram was interested in building, without saying which were actually in active development.

“We need to create if we want to be the best platform for creators long term, a whole suite of things, or tools, that creators can use to help do what they do,” he said, explaining that Instagram was also working on more creative tools and safety features, as well as tools that could help creators make a living.

“I think it’s super important that we create a whole suite of different tools, because what you might use and what would be relevant for you as a creator might be very different than an athlete or a writer,” he said.

“And so, largely, [the creator monetization tools] fall into three categories. One is commerce — so either we can do more to help with branded content; we can do more with affiliate marketing…we can do more with merch,” he explained. “The second is ways for users to actually pay creators directly — so whether it is gated content or subscriptions or tips, like badges, or other user payment-type products. I think there’s a lot to do there. I love those because those give creators a direct relationship with their fans — which I think is probably more sustainable and more predictable over the long run,” Mosseri said.

The third area is focused on revenue share, as with IGTV long-form video and short-form video, like Reels, he added. 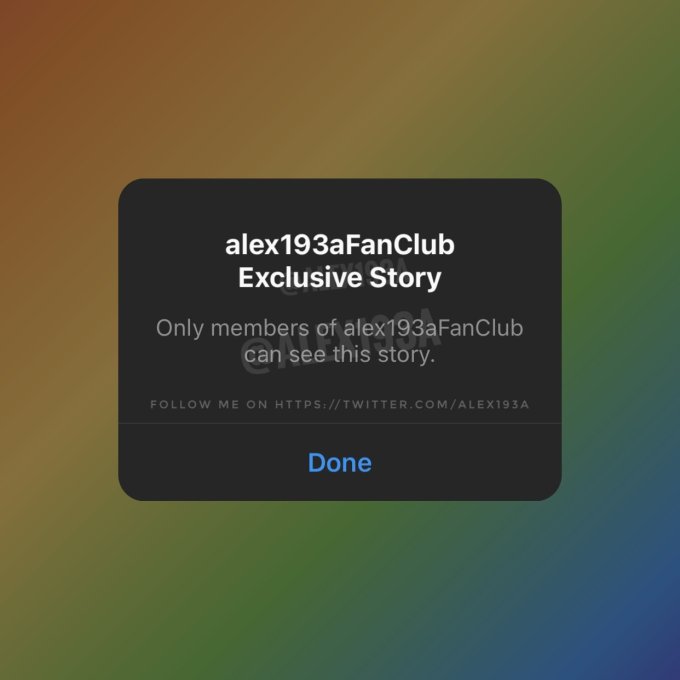 The membership model, popularized by platforms like OnlyFans and Patreon, has been more recently making its way to a number of mainstream social networks as the creator economy has become better established.

Twitter, for example, first announced its own take on creator subscriptions, with the unveiling of its plans for the Super Follow feature during an Analyst Day event in February. Last week, it began rolling out applications for Super Follows and Ticketed Spaces — the latter, a competitor to Clubhouse’s audio social networking rooms.

Though the new screenshots offer a deeper look into Instagram’s product plans on this front, we should caution that an in-development feature is not necessarily representative of what a feature will look like at launch or how it will ultimately behave. It’s also not a definitive promise of a public launch — though, in this case, it would be hard to see Instagram scrapping its plans for exclusive, member-only content given its broader interest in serving creators, where such a feature is essentially part of a baseline offering.