The other week at TC Sessions: Mobility, I spoke to a trio of executives at top automotive companies about why they’re all so bullish about robotics. There are the obvious implications, of course. Automakers have long employed robotics for manufacturing – they were really ahead of the curve on those concerns about automating job loss. And then there’s the fact that self-driving cars are effectively robots.

Beyond that, however, it’s clear that car companies see robotics as a key investment in their future. What really struck me about the conversation, is how differently the three companies – Hyundai, Ford and Toyota – are approaching the space. If nothing else, it’s a sign that there’s plenty of opportunity here.

We wrote quite a bit about Ford’s ambitions in the category several roundups ago, including an interview with Mario Santillo, who joined us for the recent panel. As evidenced by the company’s recent investment in University of Michigan, Ford’s approach is largely research-based. The company wants to be in on the ground floor both in terms of technology and talent. Though when I pressed Santillo about acquisitions, however, (specifically as it pertains to Digit-maker, Agility), he told me, “that’s always something we’re looking at.” So don’t rule it of, especially as other car companies begin to lockdown big names in the category.

Hyundai, of course, made one of the biggest robotics acquisitions in recent memory, picking up Boston Dynamics after its short stint in the Softbank portfolio (the investment firm remains a shareholder). Of course, that post-Google time has been important for the company, seeing the commercialization of Spot and the upcoming sale of Stretch. Hyundai’s Ernestine Fu shed some more light for us on the deal, which officially closed this week,

With New Horizon Studios, the mandate is reimagining what you can do when you combine robotics with traditional wheeled locomotion, like walking robots and walking vehicles. Obviously the technology that [Boston Dynamics] has put together plays a key role in enabling those sorts of concepts to come to life. 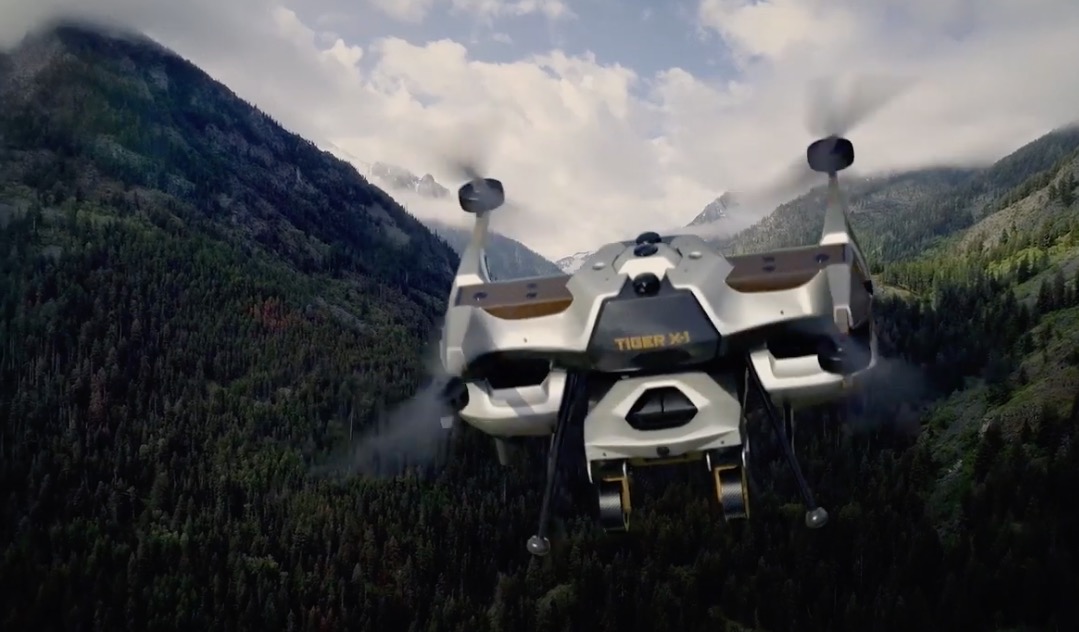 As we discussed, the driving force in the Toyota Research Institute’s interest in the category Japan’s aging population. Eldercare forms the basis of much of what the company does in robotics, including some home robotics research that it showed off this week – specifically how its imaging can handle reflective and transparent surfaces. Both have traditionally been tricky for robotic systems.

As TRI’s Max Bajracharya told me,

[I]n Japan, in 20-30 years, the number of people who are over 65 will roughly be the same as the number of people who are under 65. That’s going to have a really interesting socioeconomic impact, in terms of the workforce. It’s probably going to be much older and we at Toyota are looking at how these people can keep doing their jobs, so they can get the fulfillment from doing their jobs or staying at home longer. We don’t want to just replace the people. We really think about how we stay human-centered and amplify people. 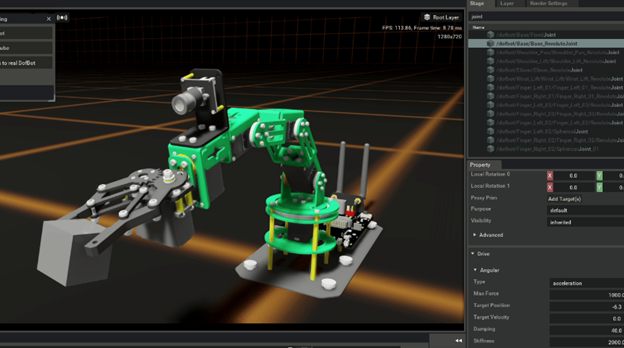 We’ve been following NVIDIA’s Isaac software for a while now, and the robotic simulation software is available as an open beta. Built on top of Omniverse, the software is designed to test a wide range of different camera and sensor capabilities for robotics. It’s a fascinate project and potentially a big deal for early-stage robotics startups.

Quick follow up to some funding last week from a robots landscaping company, I asked iRobot what’s going on with their Terra mower, which was delayed amid pandemic-related cuts. The company tells me there’s still no clear timeline for the indefinitely delayed robot.

Miso Robotics, meanwhile, continues to build out from Flippy, the hamburger-flipping robot with an automated beverage dispenser. The machine, created with beverage dispenser manufacturer Lancer, fully automates the process, right down to adding the cap on the cup. No clear timeline on the product yet, however, but it’s fun to see some of these companies branch out in a given sector. 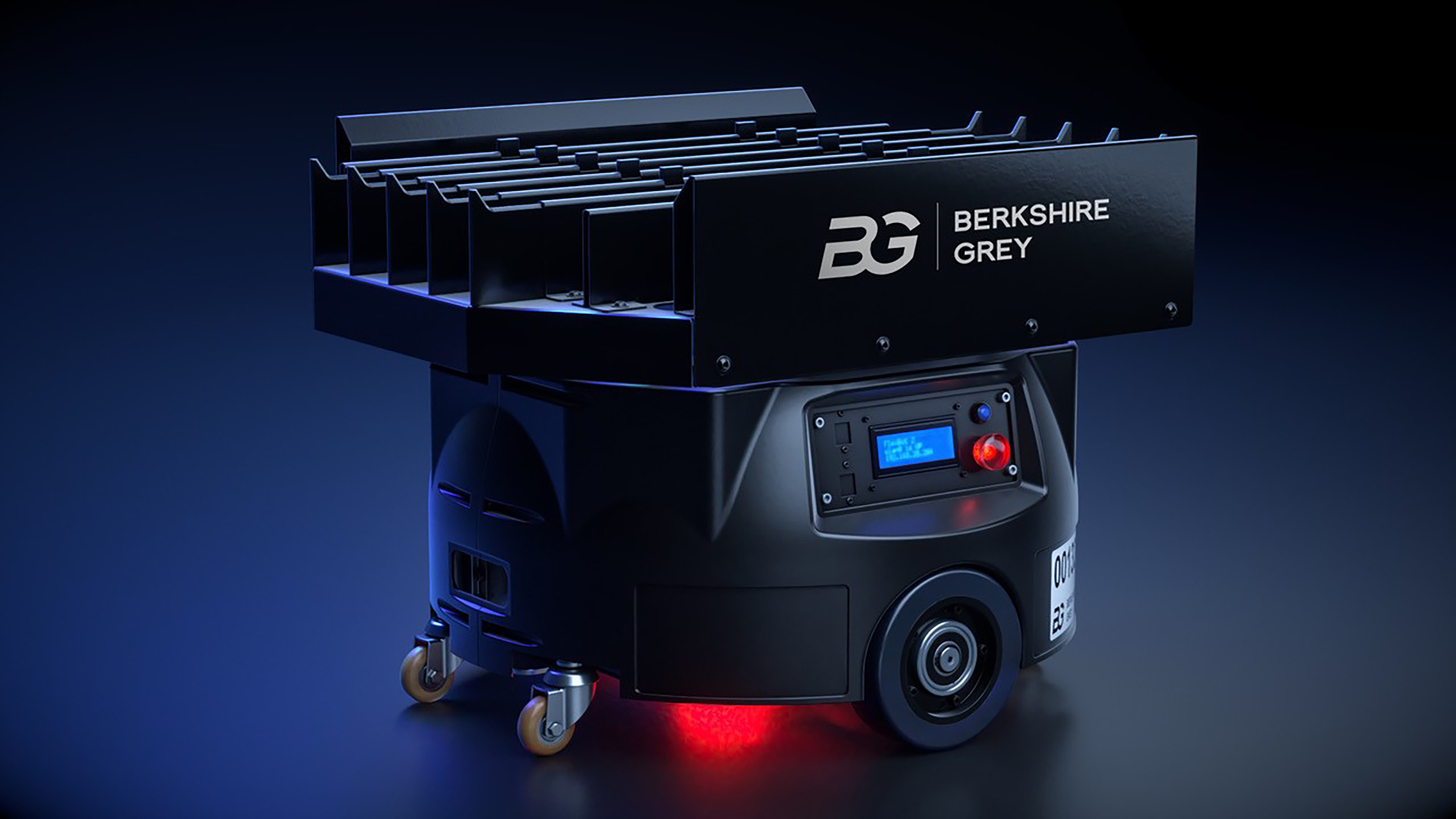 A pair of warehouse automation stories worth highlighting here. Berkshire Grey has unveiled a bunch of new fulfillment robots. Per the company,

This new generation of mobile robots offers increased fulfillment throughput at a lower cost point to enable shorter delivery times and support a larger number of SKUs. Unlike fixed conveyor belts and early generation mobile robots, Berkshire Grey’s intelligent fleets harness the power of AI to orchestrate tens to thousands of mobile robots to pick, organize, and deliver items for a wide variety of customer and store orders.

The company will tell you the same thing as every robotics maker: it’s all about helping retailers compete with the behemoth that is Amazon. Fittingly, the ecommerce giant also showed off some new robots this week. Amazon says it’s utilized 350,000 mobile drive units since the company acquired Kiva Systems, which formed the foundation for its Amazon Robotics wing. The post has caused some to wonder whether, in spite of a head start and some massive funding, whether the company is beginning to fall behind a number of aggressive warehouse robotics startups.

Not a ton of funding news this week, but that should change soon. Hot bot summer is nearly upon us. I feel it in the air. Meantime,  please enjoy this submersible drone designed to track a wide range of creators in the mesopelagic “twilight” zone. Developed by the Woods Hole Oceanographic Institution, Mesobot is designed to observe zooplankton, gelatinous animals and more, without disturbing their habitat. Here’s Senior Scientist Dana Yoerger,

We expect that Mesobot will emerge as a vital tool for observing midwater organisms for extended periods, as well as rapidly identifying species observed from vessel biosonars. Because Mesobot can survey, track, and record compelling imagery, we hope to reveal previously unknown behaviors, species interactions, morphological structures, and the use of bioluminescence.