Vercel, the company behind the popular open-source Next.js React framework, today announced that it has raised a $102 million Series C funding round led by Bedrock Capital. Existing investors Accel, CRV, Geodesic Capital, Greenoaks Capital and GV also participated in this round, together with new investors 8VC, Flex Capital, GGV, Latacora, Salesforce Ventures and Tiger Global. In total, the company has now raised $163 million and its current valuation is $1.1 billion.

As Vercel notes, the company saw strong growth in recent months, with traffic to all sites and apps on its network doubling since October 2020. The number of sites among the world’s largest 10,000 websites that use Next.js grew 50% in the same time frame, too. 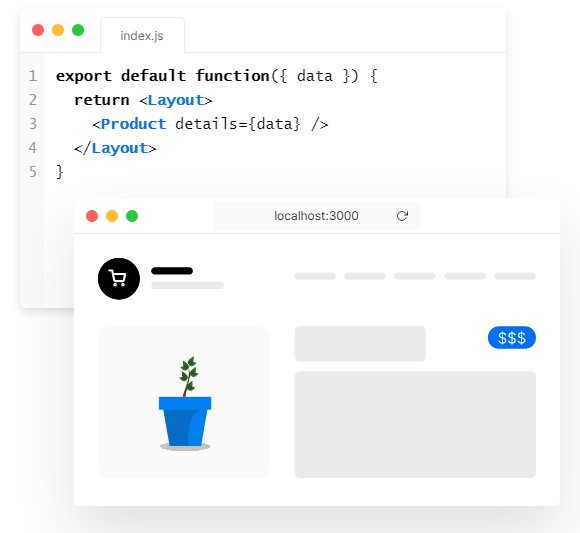 Given the open-source nature of the Next.js framework, not all of these users are obviously Vercel customers, but its current paying customers include the likes of Carhartt, Github, IBM, McDonald’s and Uber.

“For us, it all starts with a front-end developer,” Vercel CEO Guillermo Rauch told me. “Our goal is to create and empower those developers — and their teams — to create delightful, immersive web experiences for their customers.”

With Vercel, Rauch and his team took the Next.js framework and then built a serverless platform that specifically caters to this framework and allows developers to focus on building their front ends without having to worry about scaling and performance.

Older solutions, Rauch argues, were built in isolation from the cloud platforms and serverless technologies, leaving it up to the developers to deploy and scale their solutions. And while some potential users may also be content with using a headless content management system, Rauch argues that increasingly, developers need to be able to build solutions that can go deeper than the off-the-shelf solutions that many businesses use today.

Rauch also noted that developers really like Vercel’s ability to generate a preview URL for a site’s front end every time a developer edits the code. “So instead of just spending all your time in code review, we’re shifting the equation to spending your time reviewing or experiencing your front end. That makes the experience a lot more collaborative,” he said. “So now, designers, marketers, IT, CEOs […] can now come together in this collaboration of building a front end and say, ‘that shade of blue is not the right shade of blue.'”

“Vercel is leading a market transition through which we are seeing the majority of value-add in web and cloud application development being delivered at the front end, closest to the user, where true experiences are made and enjoyed,” said Geoff Lewis, founder and managing partner at Bedrock. “We are extremely enthusiastic to work closely with Guillermo and the peerless team he has assembled to drive this revolution forward and are very pleased to have been able to co-lead this round.”