Vantage, a service that helps businesses analyze and reduce their AWS costs, today announced that it has raised a $4 million seed round led by Andreessen Horowitz. A number of angel investors, including Brianne Kimmel, Julia Lipton, Stephanie Friedman, Calvin French Owen, Ben and Moisey Uretsky, Mitch Wainer and Justin Gage, also participated in this round.

Vantage started out with a focus on making the AWS console a bit easier to use — and helping businesses figure out what they are spending their cloud infrastructure budgets on in the process. But as Vantage co-founder and CEO Ben Schaechter told me, it was the cost transparency features that really caught on with users.

“We were advertising ourselves as being an alternative AWS console with a focus on developer experience and cost transparency,” he said. “What was interesting is — even in the early days of early access before the formal GA launch in January — I would say more than 95% of the feedback that we were getting from customers was entirely around the cost features that we had in Vantage.” 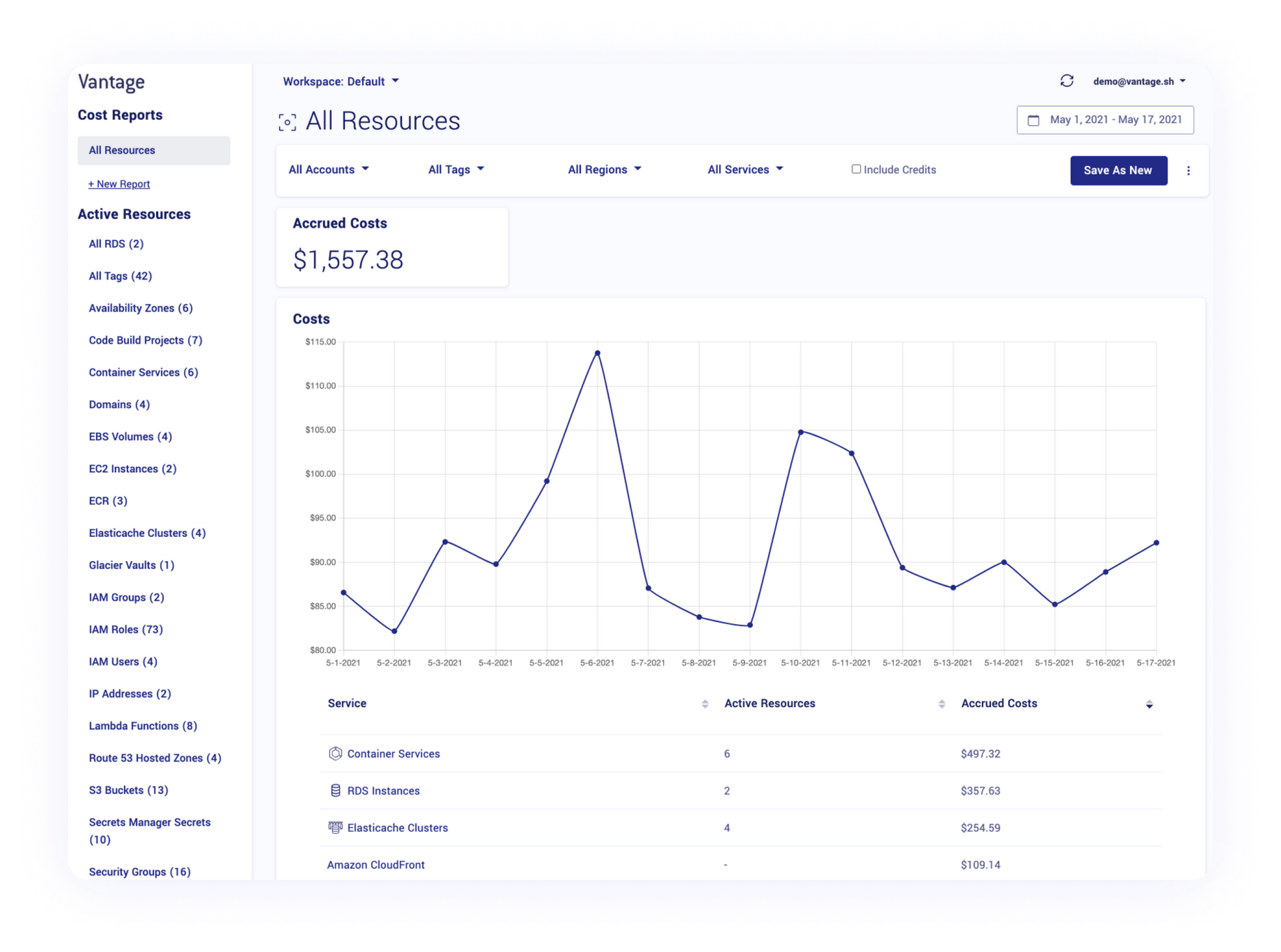 Like any good startup, the Vantage team looked at this and decided to double down on these features and highlight them in its marketing, though it kept the existing AWS Console-related tools as well. The reason the other tools didn’t quite take off, Schaechter believes, is because more and more, AWS users have become accustomed to infrastructure-as-code to do their own automatic provisioning. And with that, they spend a lot less time in the AWS Console anyway.

“But one consistent thing — across the board — was that people were having a really, really hard time 12 times a year, where they would get a shocking AWS bill and had to figure out what happened. What Vantage is doing today is providing a lot of value on the transparency front there,” he said.

Over the course of the last few months, the team added a number of new features to its cost transparency tools, including machine learning-driven predictions (both on the overall account level and service level) and the ability to share reports across teams. 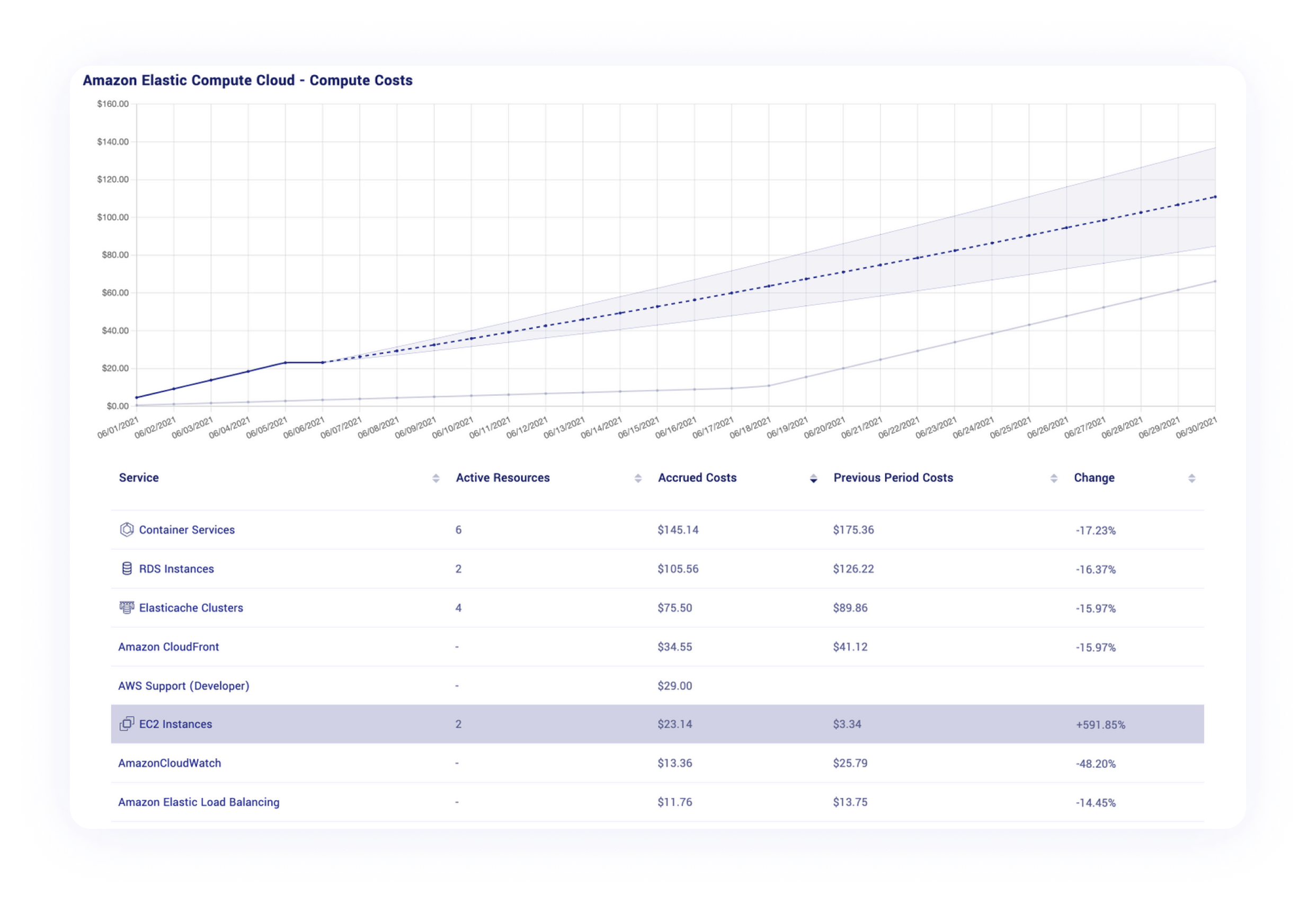 While Vantage expects to add support for other clouds in the future, likely starting with Azure and then GCP, that’s actually not what the team is focused on right now. Instead, Schaechter noted, the team plans to add support for bringing in data from third-party cloud services instead.

“The number one line item for companies tends to be AWS, GCP, Azure,” he said. “But then, after that, it’s Datadog, Cloudflare, Sumo Logic, things along those lines. Right now, there’s no way to see, P&L or an ROI from a cloud usage-based perspective. Vantage can be the tool where that’s showing you essentially, all of your cloud costs in one space.”

That is likely the vision the investors bought into, as well, and even though Vantage is now going up against enterprise tools like Apptio’s Cloudability and VMware’s CloudHealth, Schaechter doesn’t seem to be all that worried about the competition. He argues that these are tools that were born in a time when AWS had only a handful of services and only a few ways of interacting with those. He believes that Vantage, as a modern self-service platform, will have quite a few advantages over these older services.

“You can get up and running in a few clicks. You don’t have to talk to a sales team. We’re helping a large number of startups at this stage all the way up to the enterprise, whereas Cloudability and CloudHealth are, in my mind, kind of antiquated enterprise offerings. No startup is choosing to use those at this point, as far as I know,” he said.

The team, which until now mostly consisted of Schaechter and his co-founder and CTO Brooke McKim, bootstrapped the company up to this point. Now they plan to use the new capital to build out its team (and the company is actively hiring right now), both on the development and go-to-market side.

The company offers a free starter plan for businesses that track up to $2,500 in monthly AWS cost, with paid plans starting at $30 per month for those who need to track larger accounts.