More than a million people migrate to the U.S. each year. Upon their arrival, they face challenges in opening a local bank account and accessing financial services at regular rates.

These challenges for migrants, a significant portion of whom also need to send money home, have persisted globally for decades, despite large government support programs.

Now an entrepreneur, who in his previous venture fought exorbitant phone tariff charges to help people make phone calls at low-cost, believes he has found the solution — and definitely a vote of confidence from investors.

MAJORITY said on Tuesday it has raised $19 million in its seed funding. The financial round was led by Valar Ventures while Avid Ventures, Heartcore Capital and several prominent Nordic fintech unicorn founders participated in it.

The two-year-old startup operates an eponymous mobile banking service. MAJORITY, whose name is a play on bringing financial inclusion to more people, runs a subscription service where it charges $5 a month to individuals and provides them with a range of financial services, including an FDIC-insured bank account with early direct deposit at no overdraft fee, a debit card, mobile credit and at-cost international phone calls. 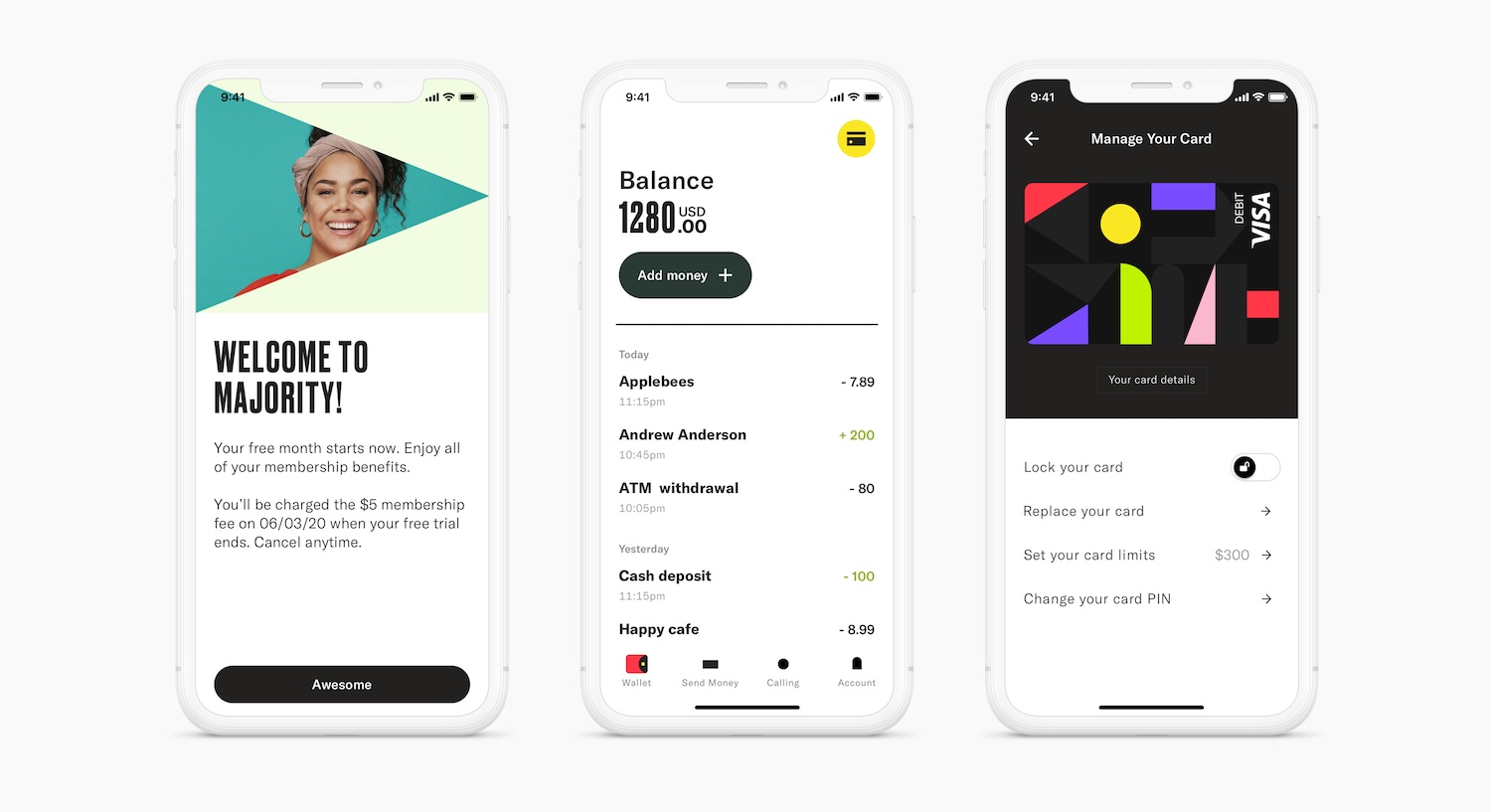 Another reason why so many migrant communities are apprehensive of opening accounts with traditional banks, said Magnus Larsson (pictured above), founder and chief executive of MAJORITY, is that they don’t feel welcome there.

“You might not speak the language, or understand the cultural differences,” he said. To tackle this, MAJORITY has hired customer and sales relation representatives from various communities to work with customers to understand their needs.

Houston and Stockholm-headquartered MAJORITY also runs a community on its app to help individuals who have moved to the U.S. find familiar people and a “home” environment, he said. “Customers there find how to get a visa as well as things like information about places to do local shopping,” he said.

“As veterans within the migrant tech sector, the team behind MAJORITY has already established themselves as builders of disruptive solutions for the world’s immigrants,” said James Fitzgerald, founding partner at Valar Ventures. “By supporting them for continued growth, we are confident that they will bring better and well-needed banking services to immigrants in the U.S.”

Starting today, the service is available in all 50 U.S. states and complies with local regulations, said Larsson, who previously served as the chief executive of Swedish technology firm Rebtel. Sutton Bank is MAJORITY’s banking partner.

The startup plans to deploy the new funding to expand its product offerings and broaden its team of about 80 people. “Since we are a company of immigrants for immigrants, we also look forward to hiring diverse talent that exists within the different immigrant communities we serve. This is more important now than ever given that many have been hit hard by the pandemic,” he said.

Maybe neobanks will break even after all