In 2020, total non-adjusted operating loss reached $277 million (£200.6 million). Like many tech companies, administrative expenses are responsible for this loss. With a staff of 2,200 people, the company spent $367 million (£266 million) on administrative costs alone. But things seem to be improving, as you can see: 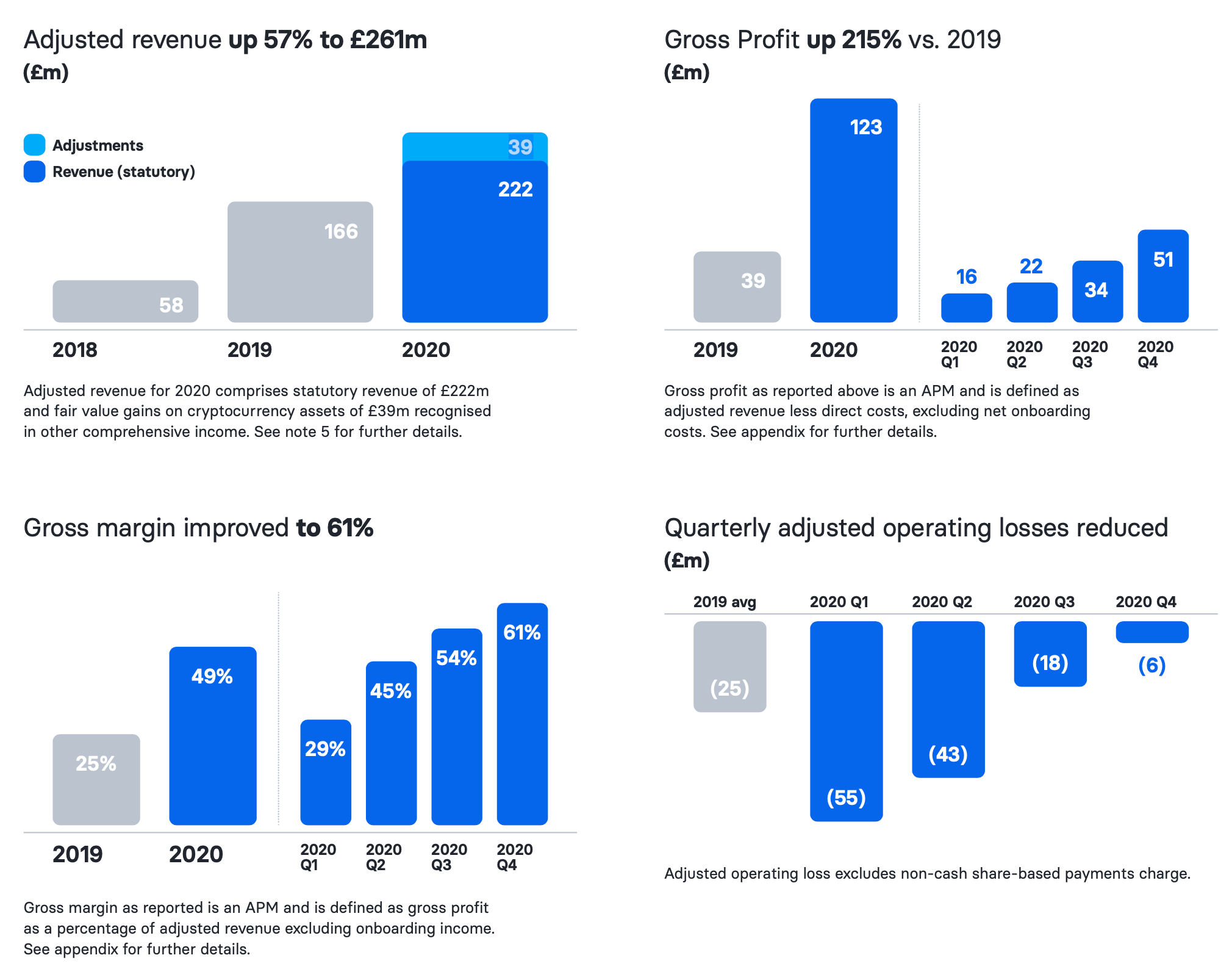 These trends aren’t that surprising, as I reported that fintech startups spent most of 2020 focusing on profitability and improving their margins. At the end of 2020, Revolut had 14.5 million personal customers and 500,000 companies using Revolut Business.

“As the extraordinary circumstances of 2020 drove the trend towards digital financial management we continued to innovate for customers to make their financial lives easier and accelerate daily use. We launched 24 new retail and business products, expanded into the US, Japan and Australia and launched banking services in Lithuania, all while significantly improving our profitability,” founder and CEO Nikolay Storonsky said in a statement. “We began 2021 with a more resilient and productive business that will enhance our trajectory towards rapid growth.”

Revolut has been launching a ton of products to diversify its sources of revenue. It is increasingly becoming a financial super app with current accounts, debit cards, trading services, insurance products, premium subscriptions, cryptocurrency trading and more.

Interestingly, interchange revenue from card transactions represents a good chunk of the company’s revenue. In 2020, cards and interchange generated $131 million (£95 million) in revenue. Every time a Revolut customer makes a card purchase, the card scheme (Visa or Mastercard) gives back some fees to Revolut. It’s an incredibly small percentage-based fee, but it can add up when you generate millions of purchases.

Those are three strong pillars that all contribute to the company’s bottom line. They all represent a bit less or a bit more than a third of the company’s overall revenue.

While the company has expanded aggressively over the years, the U.K. is still by far its biggest market. In 2020, 88.4% of the company’s (non-adjusted) revenue was related to its activities in the U.K. The European Economic Area without the U.K. represented 10.2% of revenue. The U.S., Japan, Australia and other markets were nearly negligible.

Revolut has also raised a mega round of funding in 2020 — a $500 million Series D round that was extended to $580 million in total. I wouldn’t be surprised if the company launches an initial public offering within the next 12 months.

Which Nubank will own the financial revolution?