French startup Klaxoon is announcing a product update for its whiteboard collaboration platform as well as a new hardware product. With Hybridity, the company is going to sell ready-to-use conference rooms that optimize hybrid meetings between people currently in the office and people on the go.

Let’s start with the software update. Last year, the company unveiled Board, a visual interface that lets you work together during a video call. It lets you share ideas and collaborate using a whiteboard interface. You can create sticky notes, add text, insert images, move things around and start a video call from there.

Other people on the calls are represented through tiny thumbnails so that you can remain focused on the digital whiteboard. You can also connect Board with your existing video-conferencing tool.

This week, the company is updating Board and renaming it to Board Hybrid. “It’s the new version of Board that isn’t only designed for remote work, but also for hybrid work,” founder and CEO Matthieu Beucher said in a press conference.

Board Hybrid users can now add any type of file to their whiteboard. This way, they don’t have to upload files to a shared drive, create a link and paste the link in the whiteboard. Users can preview PowerPoint presentations, Word files, spreadsheets and more directly from Klaxoon’s interface.

There are some new drawing tools including some new connectors. For instance, you can create mindmaps from there. You can now also share your screen from Klaxoon’s own video-conferencing solution. 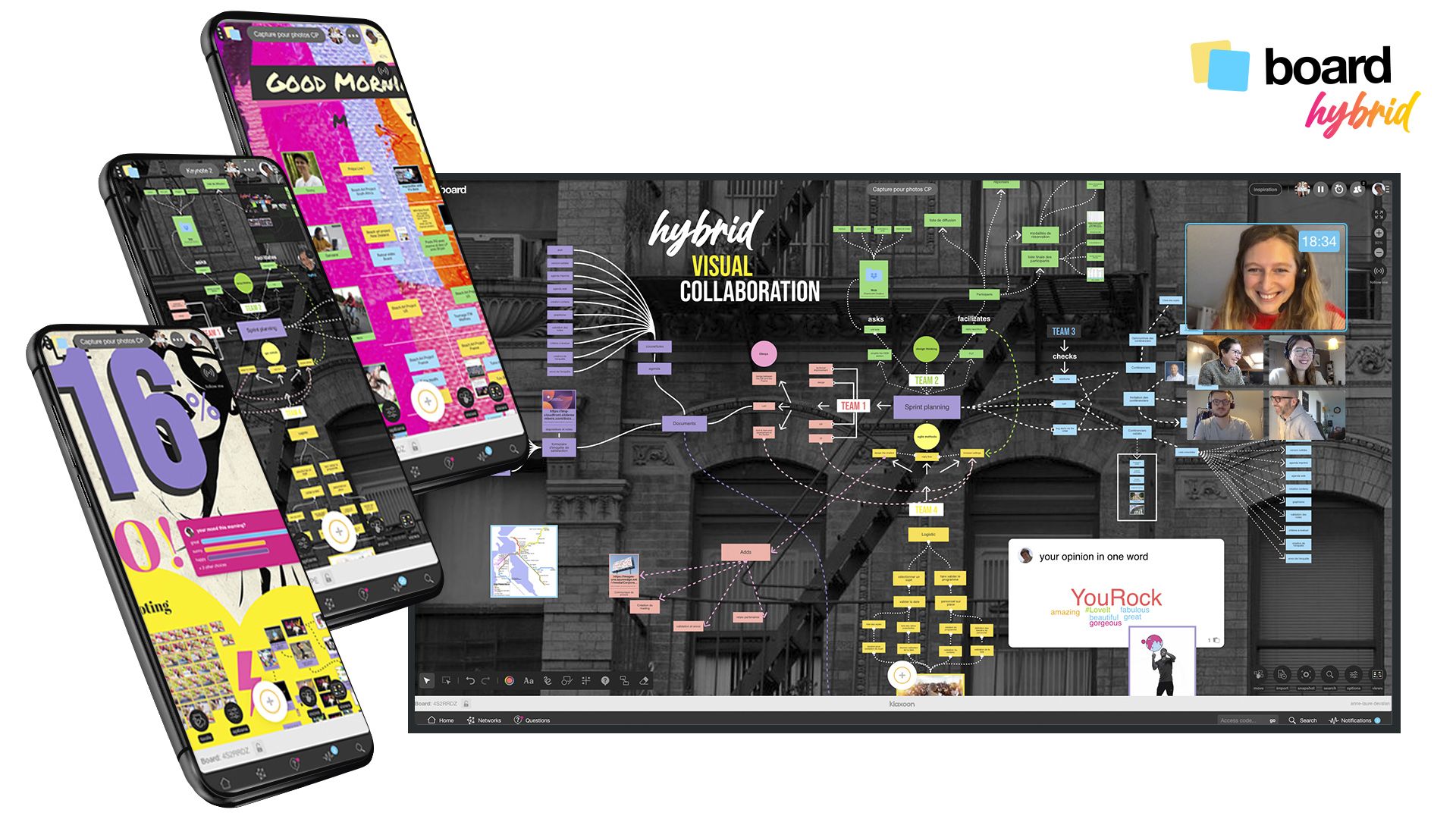 The new product is something quite different — it’s a meeting room called Hybridity. It looks like a hexagon-shaped space capsule. There’s no window and it feels like a black box from the outside.

Inside, you’ll find three seats, three screens, three cameras and three Klaxoon Box devices. “Everyone can see everyone perfectly well and everybody can immerse themselves in content,” Beucher said.

If you’ve joined a hybrid meeting from your home, you’re well aware of the issues involved with that setup. Part of the team is sitting in the same room. They look like tiny action figures and you can’t figure out who’s talking.

With this setup, Klaxoon hopes it’ll be easier to run meetings with people in the office and people at home. A Klaxoon Hybridity conference room requires 5 square meters. You can put it down in a corner and move it to another location a couple of years later. It’s not secured in the ground.

Pre-orders will start this week. The company expects to sell Hybridity with a subscription model with prices starting at €2,000 per month. It’s going to be interesting to see whether Klaxoon has found a new revenue stream of it it’s just a fun experiment. But it could replace those tiny phone booths in your office. 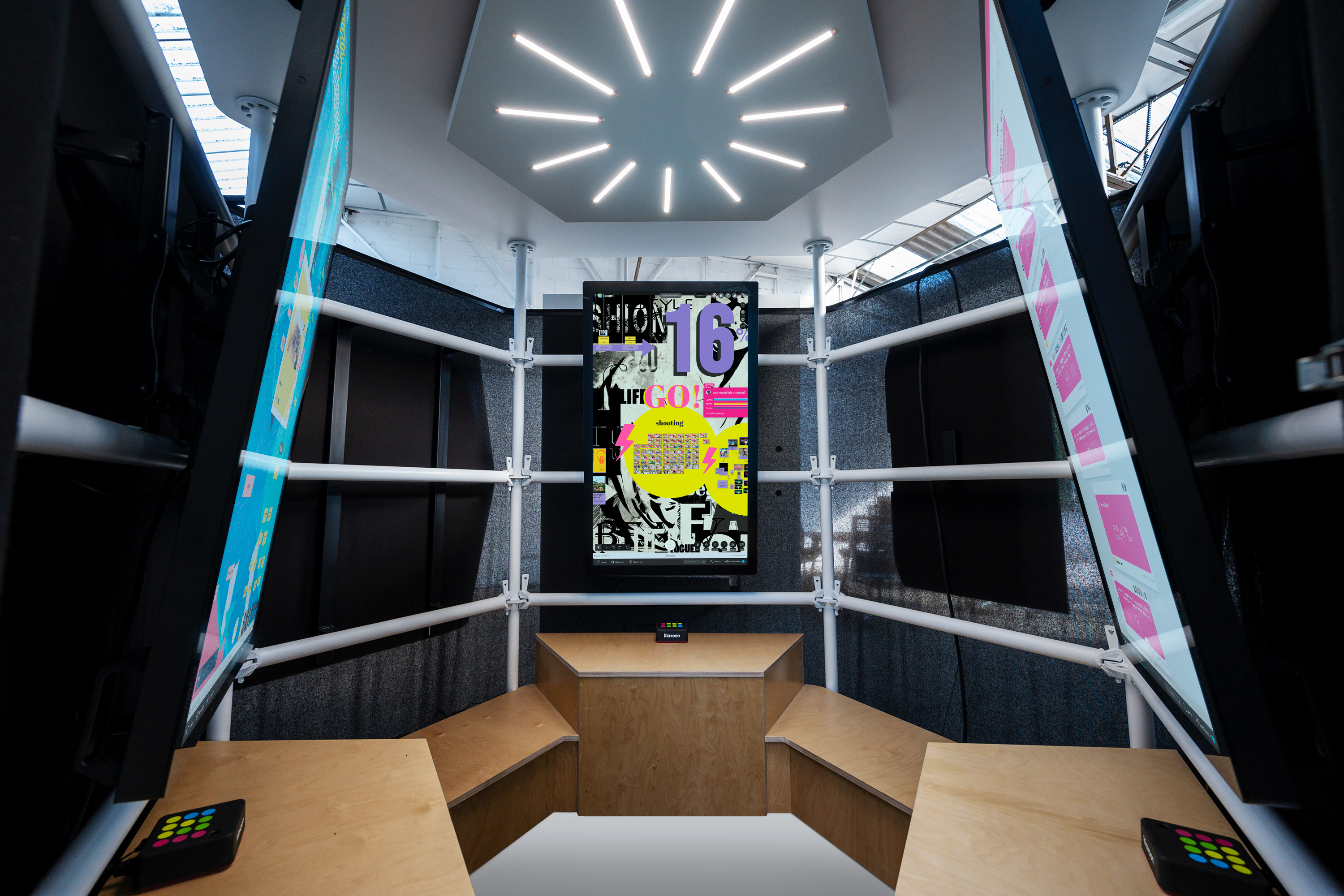